Are you taking advantage of our GoinGlobal subscription? You can access GoinGlobal by logging into Career Connect, and clicking on the logo on the main dashboard. (Alumni – go here.)

GoinGlobal resources can help you plan ahead for international jobs and internships. Schedule a complimentary, one hour training session to learn more about:

The NYC Department of Citywide Administrative Services has launched their redesigned Online Application System (OASys) 2.0, your new official Civil Service exam gateway for employment with the City of New York.

If you’re interested in pursuing civil service opportunities with NYC, this site is your primary tool for identifying and applying for current and upcoming exams, which are required to qualify for these opportunities. (Learn more about civil service here.)

To learn more about OASys 2.0, view the short videos below, and visit the Overview and Frequently Asked Questions (FAQs) pages available to you on the OASys 2.0 home page.

Attend our upcoming panel discussion to meet experienced professionals and learn about the different ways social workers can make an impact in the policy space, as well as steps you can take to navigate your own path toward similar roles.

Ericka Echavarria is a private consultant and a mitigation specialist. Through comprehensive psychological investigations and narratives, she advocates on behalf of clients facing the death penalty in capital murder cases, as well as clients in the federal and state criminal justice system.

Her areas of focus include: criminal and family law, child welfare, school social work, addiction, trauma, mental health, and case management. She has advocated for immigrant survivors of domestic violence; families and children in the family court and child welfare systems; clients struggling with addiction; defendants in the federal and state criminal justice system; and children facing learning, emotional, behavioral, and psychological difficulties in school. She has provided technical assistance to other advocates who provide services to these clients by conducting training in mental health, self-awareness, diversity, motivation, and behavior management.

She earned her MSW from the Columbia School of Social Work in 2008, and her JD from Albany Law School in 2002. Laura Ilowite, LMSW, is the Community Engagement Director at the Arthritis Foundation. She received her Master of Social Work from Columbia University where she was awarded the Mae L. Wien Prize. She specialized in AGPP with a Health, Mental Health, and Disabilities field of practice. Laura has worked at nonprofits such as Active Minds, National Eating Disorders Association, and Spence-Chapin doing advocacy, program management, community outreach, and community education. She’s passionate about healthcare, women’s issues, families and working for mission focused organization. Kasia Malinowska is the director of the Global Drug Policy Program at the Open Society Foundations, which promotes drug policies rooted in human rights, social justice, and public health. She previously led the Open Society’s International Harm Reduction Development program, which supports the health and human rights of people who use drugs. Before joining the Open Society Foundations, she worked for the United Nations Development Program in New York and Warsaw, leading capacity building and drug and HIV policy reform in Central and Eastern Europe and the former Soviet Union.

Kasia publishes regularly on drug policy as it relates to women, social justice, health, human rights, civil society, and governance. Her academic publications include works in the Lancet, the British Medical Journal, and the International Journal on Drug Policy. She wrote her doctoral dissertation on “HIV among Drug Users in Poland: The Paradoxes of an Epidemic.”

Kasia co-authored Poland’s first National AIDS program; helped formulate policy at the Global Fund to Fight AIDS, Tuberculosis, and Malaria; the World Health Organization; and the Millennium Project Task Force on HIV/AIDS, TB, and Malaria. Kasia holds an MSW from the University of Pennsylvania and a DrPH from Columbia University. Christelle Onwu is 2017 graduate of the Coro Immigrant Civic Leadership Program (ICLP), and serves as an Adjunct Professor at John Jay College of Criminal Justice, where she teaches a course on Justice in the Africana World in the Africana Department. She is a fierce advocate for under-served populations with a focus on African communities in New York City. In her role at the Commission, Christelle advocates and mobilizes the African community throughout the five boroughs, and has given an unprecedented voice to the fastest growing immigrant group in New York City, while also championing the causes of other communities.

Prior to the Commission, Christelle served as a Social Worker Supervisor at Sauti Yetu Center for African Women and Families. There she provided bilingual (French and English) counseling and case management to survivors of gender-based violence. She also served as a Policy Analyst at Safe Passage Project, New York Law School, where she worked with an interdisciplinary team of people to analyze quantitative and qualitative research data on immigration policies within New York City and State. Furthermore, Christelle interned at Families for Freedom as a Policy Analyst, where she drafted policy memos on how to handle diverse foreign nationals who are facing deportations with criminal convictions. She earned her Bachelor degree at John Jay College of Criminal Justice and a Master of Science in Social Work Policy at Columbia University School of School Work, where her article titled “Understanding Female Genital Cutting in the United Kingdom within Immigrant Communities” was published in the Social Work Review. She is a proud New Yorker, lives in the Bronx with her family, and hails from Cameroon. She is fluent in French, pidgin, and Eton.

From the Office of the University Chaplain:

The Office of the University Chaplain’s Kraft Global Fellows Program is an initiative of the Kraft Family Fund for Intercultural and Interfaith Awareness. The project is led by Jewelnel Davis, University Chaplain and Associate Provost.

In March 2019, the Kraft Global Fellows Program will support students to travel to Santiago, Chile. The group research project will focus on the religions, cultures, and communities of Chile.

For more details including application instructions, review the  program flyer We are excited to welcome you back to the Social Work Community and happy New Year! We hope your holiday was restorative and enjoyable. As always, the Office of Career Services and Leadership Management is committed to providing you with support and resources to empower your professional journey throughout your time here at CSSW and thereafter.

With the beginning of the spring semester, also comes high anticipation for the graduation season. This is also a prime time to focus on your career plan and job search strategies. To help get you started, below are some tips to make the best of this semester:

Never Stop Learning: Be present at your surroundings and classes, recognize that knowledge learned in school lasts even after graduation and will pop up at any point in your life.

Expand Your Network: Take advantage of the Columbia community, make connections with people from diverse backgrounds, and let them know you are looking for opportunities.

Develop Your Personal Brand and Remember Your Reputation is Earned: Your peers, teachers, or friends could all be your future career partners. Your attitude, interactions and conversations with individuals, and performance in team work settings will shape your professional reputation now and in the future.

Leverage the Office of Career Services and Leadership Management: There are different jobs and professional events posted everyday, as well as appointment/drop-in hours available to answer your career questions and to guide you along the way.

For any questions about our services, feel free to email [email protected]

There will be a virtual memorial service to remember Steven Schinke and celebrate his life and many impacts, and audience members will be invited to share stories and memories. See below for details: Join the students of L.E.A.P. (Lead, Empower, Act, with Purpose), an initiative led by Fordham social work students, on Tuesday, February 12 at Fordham University Lincoln Center for an eye-opening night of looking at social work through a uniquely unconventional lens.

L.E.A.P.’s mission is to motivate and inspire future social workers. Their events offer a fresh and stimulating perspective on how to apply your social work degree to non-traditional opportunities that fulfill your commitment to making an impact.

All social work school students and alumni from the New York area are invited to attend.

An interprofessional team of 2019 Lipton fellows will be recruited to contribute to – and to continue – a Lipton research project begun in 2018.

A team of 2-3 students will be selected to carry out this project during the summer of 2019.

Eligible applicants must be:

Fellows will receive a stipend of $2,500 intended to cover living expenses.

Fellows are expected to work collaboratively on their project full-time during regular business hours for the entire period of support during the summer of 2019.

Fellows cannot undertake clinic or other school obligations in this period.

Students must complete and submit a 2019 Lipton Research Fellowship Application. An application and instructions will be provided at the Info Session.

An information session will be held at Columbia University School of Social Work on 1/23/19 at 12pm, during which collaborative-team based research involving the three disciplines will be discussed.

Potential mentors and advisors will be in attendance.  The summer project description and progress to date will be presented. 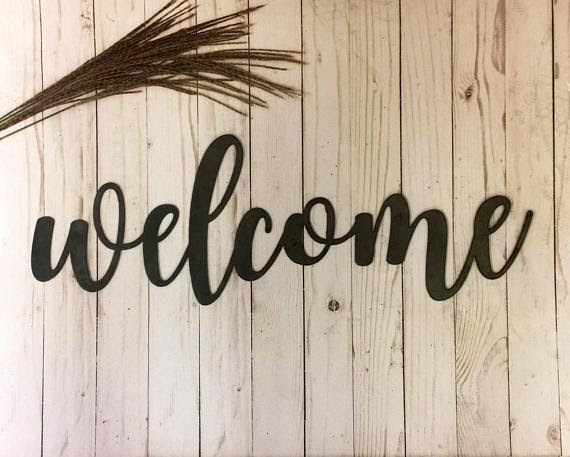 The Office of Career Services and Leadership Management would like to extend a warm welcome to our new class of students! We look forward to working with you and supporting your career journey throughout your time at CSSW and thereafter. See below for a recap of the resources that were discussed during Orientation.

All upcoming events and activities will be posted in Career Connect in the Events section, as well as on the Career Services Blog Events page. They will also be announced via email and in our weekly enews. Note that “Company Events” are primarily employer-related activities (e.g. recruitment sessions.) “Workshops” include career and professional development training as well as talks and panels with alumni and other professionals in the field.

Most CSSW-based events will take place Tuesdays through Thursdays during the afternoon breaks. Please make sure to register for each event directly using Career Connect or the links provided within the system. This will allow the career team to anticipate how many to expect and plan accordingly with employer and alumni guests.