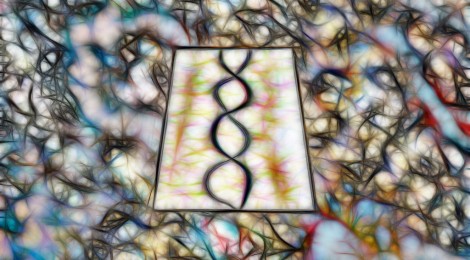 In the largely unregulated global market for art, price setting relies on verifying a particular piece’s authenticity. Forgers have long used technology to mimic the clues relied on by art experts to determine if an artwork is an original, making a complicated, ambiguous field even more difficult to navigate. Judges therefore often have to choose between two equally compelling, equally esoteric arguments regarding the artistic, stylistic, and compositional qualities of a piece of art.   However, recently, researchers have begun work on a new DNA-based technique for authentication to combat some of the uncertainty in legal decisions. While this new technology may answer pressing legal questions, it also creates new concerns of its own.

The sophistication of forgery has always rivaled the skills of experts trying to authenticate artistic works. While forensic detectives use DNA to establish identity in human crimes, individual art pieces do not have DNA to study. Thus, legal cases must often use more subjective evidence, such as the expertise of art connoisseurs. However, the threat of lawsuits against curators and experts asked to authenticate artworks has grown so large that most are reluctant to provide a concrete opinion.[1] Claims against experts have included product disparagement, negligence, negligent misrepresentation, breach of contract, fraud, and more recently, violations of the federal Lanham Act, which governs trademark infringement and deception regarding the origin of a work.[2] Ownership history is equally challenging to authenticate, even when authenticity is not in question. The challenges posed by a long history of looting, theft, “private collection” prerogative, and simply poor record-keeping means that the ultimate status of a piece of art may be impossible to confirm. Without authenticity and ownership status, the art market cannot function. Judges often find themselves placed into positions of jurisdiction over legal, artistic, and historical expertise, as in the seminal case of Thwayes v. Sotheby’s in which a judge, given rudimentary level artistic facts and knowledge, had to determine the authenticity of a painting by Caravaggio. [3] A new method of DNA marking, however, presents an interesting solution to the many legal problems surrounding art authentication.

Implanted DNA, embedded into the painting at a molecular level would allow an artist to “sign” a painting without impacting the quality or the design of a work, in such a way that forgers could not ostensibly replicate it.[4] Building on pre-existing verification techniques such as carbon-dating, X-ray analysis, and spectrometry, DNA implantation provides artists with a way of incorporating safeguards from the ground up in the artistic process. However, the use of DNA as part of a marketable, highly valuable good, raises questions regarding the ties between intellectual property and DNA patenting. The processes used to produce DNA signatures are generally secret, but the ownership of the DNA signatures depends on their source. Aspiring providers of this DNA embedding service are pushed towards some signature production methods over others. Naturally produced DNA, such as that of Pro Hart, implanted by DNA Technologies into his “Red Dragonfly”, is not patentable. [5] As decided by the 2013 Supreme Court case Association for Molecular Pathology et al. v. Myriad Genetics, individuals cannot file for the patenting of isolated, extracted DNA, taken from a human being or other natural sources. [6]

In response to the controversy surrounding the extraction and patenting of naturally produced DNA, many universities and biotechnology companies have turned to producing and embedding synthetic DNA produced by scientists in a lab, rather than taking DNA directly from individuals. [7] This would guarantee an artist’s privacy and cannot be stolen from the artist to be replicated. Some naturally occurring biological substances, however, such as bacteria and manipulated human cells, can be patented without being completely synthesized, as in the case of Diamond v. Chakrabarty, which stated a modified organism can indeed be patented. [8] By simply altering naturally produced material from a human body, companies could potentially allow artists to use a processed version their own skin cells and DNA in their art, as in the case of Pro Hart, and the companies themselves could patent the biological substance successfully.

This revolutionary new technique brings lucidity to a field that has long been plagued by ambiguity and human error. Already, scores of internationally acclaimed artists have utilized and endorsed this new way of protecting and tracing their work. Judges, no doubt, will cease to be forced into the inappropriate role of art connoisseur and, instead, will be able to act with greater confidence given clear, impregnable evidence of authenticity.