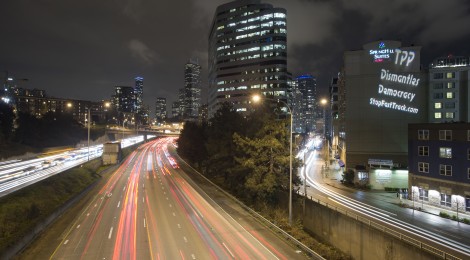 The Trans-Pacific Partnership in Perspective: Examining Challenges and Implications

Ricardo Jaramillo / November 14, 2015 / Comments Off on The Trans-Pacific Partnership in Perspective: Examining Challenges and Implications / Uncategorized

The Trans-Pacific Partnership (TPP), a groundbreaking new agreement raises a set of new legal challenges in the realm of global trade. The TPP is both a part of an American geopolitical strategy in Asia and also a reaction to recent failures to forge a global consensus on the expansion of free trade. By placing 12 economies under a common set of economic norms and regulations, there become substantial legal and economic implications. According to the Peterson Institute for International Economics, the TPP promises to increase trade substantially with estimated gains of $1.9 trillion dollars over the course of the next decade.[1] Although a final agreement for TPP was reached on October 5th, the TPP will have to overcome serious obstacles in order to live up to expectations. From a prospective judicial review challenging its implementation to opposition over what some deem an attack on public interest laws, TPP supporters be challenged to prove its constitutionality as the TPP moves closer to becoming a truly binding agreement.

The Trans-Pacific Partnership represents an acknowledgement of the recent failures of the global multilateral trade initiatives. The failure of the 2011 trade talks in Doha, Qatar seriously slowed down momentum for global trade deals. The talks failed largely because of an increasing disconnect in trade demands between developing and developed countries, reflecting badly on the World Trade Organization (WTO). While developing countries preferred a more cautious and limited approach to free trade, the United States and the European Union were pushing heavily for ambitious trade goals. The failure to reconcile these two competing paradigms led to the failure of the Doha talks.[2] In response to the recent failures of global trade talks, the United States has instead focused on bilateral and regional trade initiatives such as the TPP.[3] Such a shift raises concerns about the long-term relevance of global trade organizations, namely the WTO. Should the TPP prove to be successful, it could render the WTO irrelevant, as countries would rather take their trade disputes to regional settlement bodies instead of the WTO. This would weaken both the political clout and legal legitimacy of the World Trade Organization because its authority would be less respected than that of regional bodies. Moreover, general rule-making processes typically reserved for global bodies would also shift to regional institutions, undermining the need for a global trade body.[4] As such, future trade rules will not be determined on a global, uniform basis but rather a potentially confusing tangle of varying trade rules in different areas of the world.

In addition to the strategic concerns with the TPP, there are also various questions about the legal implementation of the agreement. The rapid expansion of policy areas that trade affects has led to a jurisdictional conflict between the domestic laws of certain countries and international agreements. The Investor-State Dispute Settlement (ISDS), a body in which companies can sue countries for violations of trade agreements, has caused two main issues in relation to the TPP: the policy implications of enforcing ISDS rulings and the constitutionality of the ISDS mechanism itself.

The ISDS is criticized as an anti-democratic tool used by multinational companies to maximize profits at the expense of the public interests. In the event that a country passes a law that companies say unfairly damages their profits, they can sue the country through the ISDS. This allows companies to effectively bypass the domestic judicial system. Although the ISDS has been a unique compliance mechanism in international law, critics argue that the ISDS is in fact being used as a tool to weaken domestic labor and environmental regulations.[5] If, for example, the United States banned a certain chemical that is used in gasoline because of its negative environmental effects, gasoline companies could sue the United States in non-American courts to require the United States to remove that regulation despite the public benefits of the law.[6] Nonetheless, there are signs that the TPP will be different. US dealmakers have said that the TPP will improve the ISDS and allow for fair compensation for companies while simultaneously protecting the countries’ interests. Already, there is a confirmed “carve-out” for tobacco companies, restricting tobacco companies from suing countries with anti-smoking health regulations.[7] Whether these “carve-outs” are sufficient to avoid the broader legal questions affecting the TPP, however, remains to be seen.

Even with these “carve-outs” there are serious questions regarding the constitutionality of the TPP within the United States. The ISDS allows companies to sue governments for alleged losses caused by regulations. The lawsuits are not reviewed by domestic courts but rather by a panel of corporate lawyers. Given that the lawyers on the arbitration panels are not elected, approved by the Senate, or regulated by the judicial processes as established by Section 1 of Article III of the US Constitution, many question the legality of the ISDS should it attempt to overrule American statutes.[8] Some have defended the constitutionality of the ISDS by utilizing the Appointments Clause in the US Constitution to argue that these international arbitrators are “officers” of the federal government.[9] The Appointments Clause in the United States Constitution states:

[The President] shall nominate, and by and with the Advice and Consent of the Senate, shall appoint Ambassadors, other public Ministers and Consuls, Judges of the supreme Court, and all other Officers of the United States, whose Appointments are not herein otherwise provided for, and which shall be established by Law: but the Congress may by Law vest the Appointment of such inferior Officers, as they think proper, in the President alone, in the Courts of Law, or in the Heads of Departments.[10]

Both the TPP’s regional focus and its legal implementation problems are causes for concern among supportive policymakers. As the TPP’s inevitable approval looms, some argue that the focus on regional agreements threatens to inflict lasting damage on global trade bodies like the WTO. By redefining the direction of the international trade regime, the TPP continues to raise questions about its scope and the constitutionality of its enforcement bodies. Despite confidence from US officials claiming that the TPP will be able to avoid these pitfalls, much remains to be seen as the TPP becomes a reality.