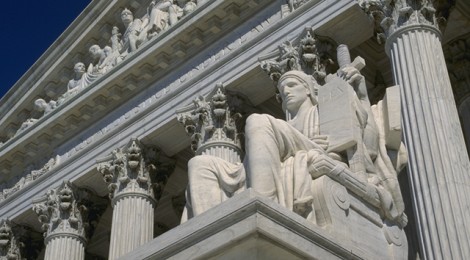 Since the United States’ inception, the education sector has always faced questions over federal or local regulation. Traditionally, the Supreme Court has balanced this conflict. Article 1, Section 8 of the Constitution outlines Congress’ ability to levy taxes to spend on “general welfare,” which supposedly includes education. Indeed, many famous education laws, such as the GI Bill and No Child Left Behind, originated with acts of Congress. Yet because the Tenth Amendment gives states and the people the rights to powers not specifically allocated to Congress, conflicts have risen over contradicting educational values between state and federal administrations. As modern controversies in the educational realm like affirmative action arise, the struggle between federal and local power continues. Though the Supreme Court continues to serve as the arbiter between these two bodies, the means with which they justify their decisions has drastically changed throughout history.

In the past, many landmark decisions regarding affirmative action were based on upholding the equal protection clause of the Fourteenth Amendment over states’ rights in the Tenth Amendment. This meant that even though regulation of education may be a state power because it was not specified in the original Constitution, the Supreme Court ruled that the equal treatment of others is more important. In the famous 1954 Brown v. Board of Education case, the Warren Court struck down Topeka, Kansas’s policy of segregating black and white students into different schools. [1] The Court stated that separate did not mean equal and that equal protection under the law was more important than a state’s right to regulate education on the basis of race. Two decades later in 1978, state universities in California implemented minority quotas in an attempt to achieve diversity. Consequently, a candidate was denied admission on the basis of his race in favor of a minority candidate who would fill up the quota. The Supreme Court used the Fourteenth Amendment to strike down this policy in favor of equal treatment in the case of Regents of the University of California v. Bakke. [2] In the 2003 Gratz v. Bollinger case, the Rehnquist Court applied this same logic to University of Michigan’s “point-based” admissions system. [3] The system awarded additional points to underrepresented ethnic groups such as African-Americans, Hispanics, and Native Americans. As this system did not treat all ethnicities equally, the Supreme Court once again used the principle of equal protection to declare this policy unconstitutional. Though the latter of these decisions removes advantages given to minorities, the precedent established by the Court remains clear; the equal protection of everyone under the law remains a top priority, including the states’ implied right to education under the Tenth Amendment.

Current conservative Roberts Court has taken a sharp turn from this precedent regarding affirmative action. For example, in the 2007 case of Parents Involved in Community Schools v. Seattle School District No. 1 (now known as the “PICS case”), the Supreme Court ruled that a Seattle school district’s attempt to prevent segregation by distributing enrollment in a race-conscious manner was unconstitutional under the Fourteenth Amendment. [4] Although at face value this seems to mirror past decisions, especially the Bakke case, the justification for this decision takes a different path. Justice Paul Stevens notes in his dissent that the Court’s decision relied on a skewed interpretation of the Brown v. Board of Education case. The Brown decision rendered unconstitutional a law that distributed enrollment based on race with the intent of promoting diversity in education, as the court firmly believed that separate could not mean equal. However, in the PICS case, the Court ruled based on the 14th amendment, but in a manner that was detrimental to diversity.

In the 2013 Schuette v. Coalition to Defend Affirmative Action case, the Supreme Court once again stepped back from the precedent of maintaining diversity. [5] The Roberts Court determined that Michigan’s ban of affirmative action was indeed constitutional. Surprisingly, however, Justice Anthony Kennedy’s majority opinion’s justification of the decision was not on the Fourteenth Amendment, but rather the Tenth Amendment, claiming that states get the final say on education regulation. They affirmed that the Constitution had no authority to override a state education law, even if that law could undermine racial equality. Justice Sonia Sotomayor commented in her dissent that this ruling disregards prior attempts by the Supreme Court to uphold diversity in education and guarantee equal protection of the law. She cited many prior cases that could have justified a decision ruling Michigan’s ban unconstitutional, and mentioned the existence of a test showing that even covert attempts at preventing equality were deemed unconstitutional under the Fourteenth Amendment.

Today, the Supreme Court deliberates on yet another case concerning state policies on diversity and education, as the Fisher v. University of Texas case has found itself on the Supreme Court docket again after being sent back to the Fifth Circuit in 2013. [6] Fisher claims that her rejection to the University of Texas at Austin was unconstitutional under the 14th Amendment. She argues that the University’s policy of taking race into consideration inevitably led to bias against her race in the admissions process. This is a clear assertion of the belief that federal law should overrule the state university’s policies. With the new precedents established under the Roberts Court in the PICS and the Schuette case, it will be interesting to see whether the Courts defer back to the old tradition of upholding diversity and federal power or adopt their new stance of judicial restraint.

← Globalization and American Law: A Review of The Court and the World
The Trans-Pacific Partnership in Perspective: Examining Challenges and Implications →