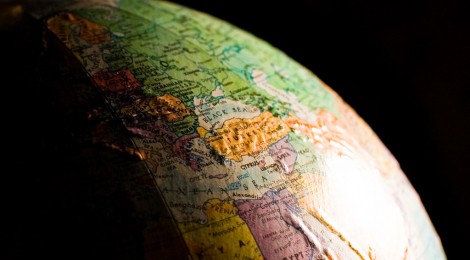 Globalization and American Law: A Review of The Court and the World

Andrew Gerson / November 2, 2015 / Comments Off on Globalization and American Law: A Review of The Court and the World / Fall 2015, Online

“Globalization,” or the trend for industries and philosophies to spread across international borders, permeates across a versatile set of societal realms. We see it manifest in the cross-national spread of restaurants, music, and film. Globalization is apparent in trade, most especially with the negotiation of Trans-Pacific Partnership. It can even be seen in the rhetoric of presidential candidates— Bernie Sanders’ stump speech includes multiple policy suggestions that attributed Scandinavian nations. However, when it comes to its infiltration into American law, legal experts such as Justice Antonin Scalia believe that we should fight against globalization. They believe that judges should only use American law and precedent in their opinions. Yet Scalia’s fellow Supreme Court Justice, Stephen Breyer, argues against this school of thought in his new book, The Court and the World: American Law and the New Global Realities. Breyer argues for the increased awareness and usage of international law to adapt to an increasingly global community, which is especially important in times of war.[1]

Justice Breyer begins with a review of the courts and the law’s role in war. Drawing on Cicero, who famously stated that when “the cannons roar, the laws fall silent,” the book mentions American wartime civil liberty violations.   These included Lincoln’s suspension of habeas corpus and the Supreme Court’s allowance of Japanese internment in the Korematsu v. US, which Breyer considers, along with Dred Scott and Plessy v. Ferguson, as one of the three worst Supreme Court decisions. Breyer believes that these historical events are examples of “blank checks,” a term coined by retired Supreme Court Justice Sandra Day O’Connor. This term refers to cases where the court gives a branch of government a near infinite amount of power at certain times. Breyer shows how the court has pushed back against this blank check in recent years, namely through a series of cases involving the detainees at Guantanamo Bay. For the most part, the Court held for the detainees and against the executive branch. As Breyer goes on to state, the Court cannot give thoughtless approval to any security-related government decision. During the time when the court handed out blank checks to the government, an acute knowledge and awareness of foreign matters was not a necessity. However, now that the Court is becoming increasingly involved in security-related concerns, Breyer believes that knowing these matters will become essential.

Justice Breyer does not only argue for awareness of foreign affairs, but he also demonstrates the significance of using foreign law to craft American court decisions. He brings up the 1988 case of Thompson v. Oklahoma, where the Supreme Court decided 5-3 that the Eighth Amendment prohibits capital punishments on offenders under the age of sixteen (243). Expressing the opinions of the majority, Justice Stevens sourced many common law states, including European nations and the Soviet Union, that forbid imposing the death penalty on juveniles. This inclusion drew a furious dissent from Justice Scalia, who wrote that incorporating foreign actions “is totally inappropriate as a means of establishing the fundamental beliefs of the nation” (243).

A similar event occurred in 2004, when expanding upon Thompson v. Oklahoma, the court voted to ban capital punishment on individuals who were not yet eighteen when committing a murder. The author of the opinion, Justice Kennedy, mentioned that the United States was “alone in a world that has turned its face against the juvenile death penalty” and thus the Court had to “acknowledge the overwhelming weight of international opinion” (238). The use of international opinion drew such harsh dissent that seventy-four members of Congress sponsored an unsuccessful piece of legislation that would make the utilization of foreign law or precedent an impeachable offense for a judge. They were not alone in their dissent as many argued that because foreign judges and foreign institutions were not elected by the American people, nor possess any connection to the American masses, they should thus should not hold any power in making decisions that will affect Americans. While Breyer notes this opinion, he believes these concerns are exaggerated, and thinks that utilizing foreign precedent in American law will create a single standard for international law. He states that the practice of cross-referencing will expedite the advancement of legally like-minded nations—liberal democracies—whose “judges learn things from one another” and, overall, advance the values that these groups of nations share. In other words, these interpretations and opinions are no less “American” because foreign law had an influence, they are, if anything, more informed and more in touch with the rule of law.

There is another significant hole in the rationale of Scalia’s school of thought that Breyer does not touch upon. The Supreme Court and other federal judges are specifically appointed, and not elected, to ensure that judges are not swayed by opinions of the public, such as American exceptionalism.   While some Americans may be unhappy with the increasing usage of foreign law in American courts, the constitution created the Supreme Court in a way that made popular sentiments, such as the aforementioned one, completely irrelevant. The epilogue of this book clearly articulates that a primary purpose of the Supreme Court is to promote the rule of law. Breyer wrote this book to show that in order to do so, we must better understand the changes of the world. Presidential candidates will continue to invoke foreign practices as a benchmark for America to reach to, trade with foreign countries will continue to expand, and globalization will become easier and easier to see—as a result, American law must keep up. With insight, analyses, and examples that are original, insightful, and interesting, The Court and the World brilliantly argues why we must follow globalization’s lead and serves as a great read for those interested in changes to the legal landscape and the effects of globalization in American law.

[1] Breyer, Stephen G. The Court and the World: American Law and the New Global Realities. Alfred A. Knopf, 2015.