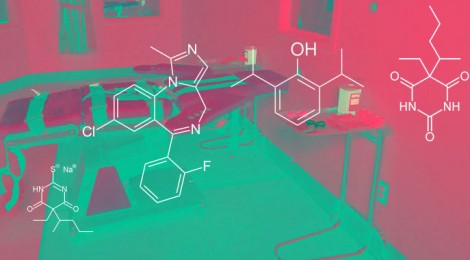 Part 1 of Die Another Day can be found here:

Last fall, the European Union banned the export of any and all pharmaceuticals used in capital punishment, immediately impacting death penalty protocols in states where the death penalty is legal. This ruling has become especially problematic because sodium-thiopental, a primary component of the traditional three-drug cocktail used in lethal injections, became unavailable, forcing states to use new and untested procedures for execution. As a result, these states are now sourcing death penalty drugs from unregulated compounding pharmacies. Compounding pharmacies are used to produce drugs for specific patients when the commercially available alternatives cannot meet their needs and are regulated by states rather than the Federal Drug Administration. While many death row inmates challenged the constitutionality of the use of these new procedures as cruel and unusual punishment under the eighth amendment, the states’ methods were approved, and executions have continued as scheduled.

Although legally these executions were deemed as neither cruel nor unusual, many argue otherwise. The first botched execution took place last January in Ohio, where the state had obtained drugs from compounding pharmacies. After depleting its supplies of pentobarbital, the state enacted a new two-drug procedure using midazolam and hydromorphone. This new cocktail was used to execute convicted murder and rapist Dennis McGuire. While the average time of death is 8.4 minutes after the first injection, it took 24 minutes for McGuire to be declared dead[1]. Witnesses report that he appeared to be gasping for air for 10-13 minutes of the procedure[2].

Only a few months later, in April, Oklahoma, using its own amended protocol, scheduled the execution of convicted murderer and rapist Clayton Lockett. Lockett was the first to be executed with a new three-drug cocktail of midazolam, vecuronium bromide and potassium chloride[3]. He visibly struggled against his restraints for the duration of the process, and even spoke despite being declared unconscious, before officials announced that they would halt the execution process. Lockett eventually died of a heart attack 43 minutes after the administration of the drug[4],[5].

In response to Lockett’s botched execution, Oklahoma announced that it would delay future executions. This did not stop other states from continuing to schedule executions by lethal injection. In July, Arizona used the same two-drug procedure as Ohio, injecting midazolam and hydromorphone into convicted murderer Joseph R. Wood III. Nearly two hours later, Wood died, after reportedly gasping 600 times in the last hour and a half before his death. [6]

Legal challenges, executive orders of review, and public outcry in reaction to these botched executions have resurrected debate on the constitutionality of the death penalty, especially those using new drug protocols. While the states have ordered independent reviews of their procedures, the McGuire’s family filed a lawsuit alleging that the new protocol constituted cruel and unusual punishment[7]. Lockett was engaged in a legal battle over the state-imposed secrecy regarding the source of the drugs prior to his execution. In a case that made its way to the Oklahoma Supreme Court, his lawyer asserted that the state secrecy clause about the execution protocol was also a violation of his client’s eight amendment rights. Although the justices voted 5-4 to stay the execution, governor Mary Fallin overruled their decision and the execution proceeded. With this, only a day after their initial ruling, the Oklahoma Supreme Court decided that the execution could proceed.

In addition to the constitutional review being carried out under the eighth amendment, these same secrecy statutes are also being challenged as a violation of the first amendment’s protection of the freedom of the press. The Guardian, The AP, The Kansas City Star, and The Springfield News-Leader brought suit against the Missouri Department of Corrections alleging that these laws infringe upon the right of the public to know, “the type, quality and source of drugs used by a state to execute an individual in the name of the people”[8].

This case marks the first legal challenge to the secrecy doctrine of the death penalty under the first amendment. In response to Wood’s execution, The Guardian again led a legal challenge of state secrecy statues, which they filed in Arizona. The Associated Press, The Arizona Republic, and the Arizona Daily Star joined The Guardian, taking up suit against the Director of the Arizona Department of Corrections and Arizona’s Attorney[9].

Both cases call for the state judges to restrict the expanse of state secrecy, so that states can no longer hide the flaws in their death penalty procedures behind these “black hood laws.” According to the Guardian as many as 13 states have amended these laws to withhold information regarding the sourcing of these drugs from the public, including Oklahoma and Arizona, each a site of a recently botched execution[10]. While these laws have always protected the identities of the execution team, they have expanded in response to threats of additional pharmaceutical boycotts. Now they shield all those “individuals who prescribe, compound, prepare, or otherwise supply the chemicals for use in the lethal injection procedure”. The news outlets argue that this lack of information impedes meaningful public discussion and debate regarding death penalty policy[11].

These first amendment challenges reopen the debate, which had seemed to be settled when the Supreme Court ruled that lethal injections were not in violation of the eighth amendment in Baze v. Rees. While all of these legal complaints are ongoing, the final verdicts could prove to be landmark decisions in the continuing debate about the constitutionality of the death penalty, and its future in the United States.