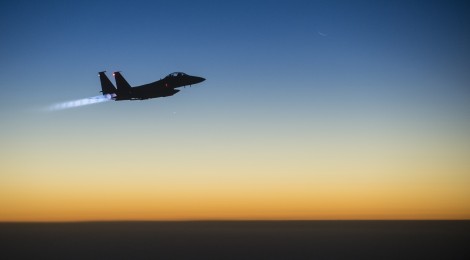 The Dubious Legality of Responding to ISIL

Since August, the United States and several allies have engaged in military intervention against the Islamic Sate in Iraq and the Levant (ISIL), an extremist group that has brutally gained control of large swathes of Iraqi and Syrian territory. Despite an international consensus on ISIL’s criminality, these actions have been taken without United Nations Security Council approval, and have put the US and its allies on questionable legal ground.

Officially, ISIL is part of Iraqi and Syrian territory. The United Nations charter prohibits member nations from “the threat or use of force against the territorial integrity or political independence of any state”(Chapter 1, article 2).[i] While ISIL is listed as an al-Qaida affiliated group and has no international recognition as a state, as long as the international community continues to recognize Iraq and Syria’s ownership of the territory within their official borders, intervention in this territory could be a violation of their sovereignty.

The two exceptions to the international prohibition of force are a) that which is authorized by the UN Security Council (Chapter 7, article 42), and b) self-defense (Chapter 7, article 51).[ii] Even given these exceptions, no UN Security Council Resolution on ISIL has explicitly granted the use of force. On August 2014, the United Nations Security Council adopted Resolution 2170 condemning the “continued gross, systematic and widespread abuses of human rights and violations of international humanitarian law” in Iraq and Syria.[iii] Resolution 2178 of September 24th condemned violent extremism more broadly, but recommendations were limited to actions sanctioning individuals, inhibiting financing and the acquisition of arms, and restricting the influx of foreign fighters.[iv] Despite the call for an internationally coordinated response, neither of these resolutions authorized the express use of military force against ISIL, leaving self-defense as the only legal justification. Does the US-led response fall under this category?

Under Article 51, a nation has the right to self-defense “if an armed attack occurs,” yet ISIL has not attacked the US directly. Although ISIL arguably presents a threat to American security, international law generally rejects any conception of “preventative” self-defense.[v]  However, ISIL did attack Iraq, who as a sovereign nation, is legally afforded the right to request assistance from other nations to respond. According to the “Draft Articles on Responsibility of States for Internationally Wrongful Acts,” (Part 1, Chapter 5, Article 20) “Valid consent by a State to the commission of a given act by another State precludes the wrongfulness of that act in relation to the former State.”[vi]The current US-led military intervention in Iraq does not violate the UN Charter prohibition against the use of force againstthe “territorial integrity or political independence” of Iraq,because the state has consented to foreign assistance in formal letters.[vii] [viii]However, this conception of assisted self-defense has been criticized in the past, because it can questionably justify otherwise illegal intervention.

But even this exception cannot apply to U.S intervention in Syria, because Syria’s government has not given consent. A week before American missile strikes began this September in Syria, National Reconciliation Minister Ali Haidar said that “any action of any kind without the consent of the Syrian government would be an attack on Syria.”[ix] Since then, Syria has adopted a less adversarial tone: the foreign minister, said, “As long as they are aiming at ISIS locations in Syria and in Iraq, we are satisfied.”[x] Still, this begrudging indifference is far from outright consent to U.S intervention. As a result, the international community has been significantly more critical of the US in Syria than in Iraq. Iran and Russia have called it illegal,[xi] and none of the 11 western nations intervening alongsidethe US in Iraq have given comparable military support in Syria. Instead, the U.S. has relied on Middle Eastern allies like Saudi Arabia and United Kingdom surveillance assistance. It might seem unnecessary to require consent from a government like Syria’s – with a President personally implicated in crimes against humanity. The media went so far as to mock the Canadian Prime Minister for waiting for permission from a “murderous despot” before intervening.[xii]Such criticism disregards the fact that despite its crimes, Syriacontinues to be a member of the UN, with respected national sovereignty. Making attacks on its territory, even to an antigovernment group,is a violation of this sovereignty.Thus until Syria has given express consent for military assistance, it is difficult to find any basis under which to justify US intervention in what is still technically Syria’s territory.

With regards to Syria, the US is likely engaged in an illegal war, albeit a moral one. Humanitarian considerations are insufficient cause under international law for unilateral intervention. Even where there is the (contested) legality of assisted self-defense, it should be the responsibility of the international government as soon as possible. Allowing an illegal unilateral intervention, no matter how righteous, undermines the UN’s authority and sets a dangerous precedent for the future. Having established a consensus on the threat of ISIL, the UN Security Council should use its powers under Chapter 7 article 42 to officially sanction collective military action. Not doing so is a failure of the UN’s most fundamental purpose: “To maintain international peace and security.” [xiii]

[x] Karam, Zeina. “Syrian Foreign Minister: The US Said ‘We Are Not After The Syrian Army’ Before Airstrikes.” Business Insider 30 Sept. 2014. Web. 12 Nov. 2014. <http://www.businessinsider.com/syrian-foreign-minister-the-us-said-we-are-not-after-the-syrian-army-before-airstrikes-2014-9#ixzz3HrRsTh3r>.http://www.businessinsider.com/syrian-foreign-minister-the-us-said-we-are-not-after-the-syrian-army-before-airstrikes-2014-9 – ixzz3HrRsTh3r