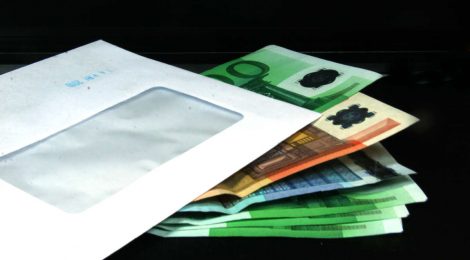 The Issues Behind Remittance Regulation: Missing the Mark with Hawala Legislation

Jae DeGuerrera / November 19, 2017 / Comments Off on The Issues Behind Remittance Regulation: Missing the Mark with Hawala Legislation / Online, Uncategorized

In many developing countries, money remittances make up a significant portion of the nation’s economy. The majority of money transfers originate in the United States and are executed not through legal means such as Western Union but rather through underground channels known as hawalas. Hawalas are cheap, ethnic-based underground financial systems that are heavily utilized by migrant workers sending money home. A conservative estimate from the 1990s suggests that as many as 240,000 functioning hawalas exist in the United States alone.[i] Almost all hawala transfers are small amounts supporting humanitarian needs such as food, shelter, and clean water; however, a link between underground money remittances and illicit terror financing has been established. The 2010 Times Square car bombing attempt, for example, was known to be funded through Pakistani hawala transfers.[ii] While the law currently bans hawalas, as they are remittance businesses functioning without a license, new legislation has been proposed to crack down on these underground businesses. This year, a bipartisan team of senators introduced the Combating Money Laundering, Terrorist Financing, and Counterfeiting Act of 2017 – otherwise known as S. 1241 – which aims to address the issue of hawalas and terror financing, but instead conflicts with existing precedents and impacts only hawaladors with honest intentions, as those engaged in terror financing are unlikely to be swayed by threats of increased government fines.

The first point of concern in the proposed legislation is Section Two, regarding the transportation of blank checks. This section broadens the scope of Section 5316 of title 31, United States Code, by reclassifying blank checks as monetary instruments valued at $10,000 if the check was drawn on an account that had or was intended to have at least that amount.[iii] This is significant because current law mandates that the movement of monetary instruments worth $10,000 or greater must be reported to the Secretary of the Treasury; therefore, the premise of this amendment is to require that any movement of blank checks be reported as well. This conflict, however, is not without established precedent. In People v. Angela Kay Vandiver (2017), the fourth district appellate court of California “found the value of the blank checks to be de minimis,”[iv] even when these blank checks were linked to an account that was known to contain over $3000. In People v. Cuellar (2008), the third district appellate court of California also found that holding a check known to be forged “had slight intrinsic value by virtue of the paper it was printed on”, establishing that a blank check has little to no value.[v] Therefore, on account of these precedents, the new legislative proposal that blank checks be treated as monetary instruments worth $10,000 is baseless.

Section Three of S.1241 also poses an issue, as its sole purpose is to increase the fines and punishments of hawaladors — a very shortsighted approach to mitigating the hawala epidemic. In no roundabout manner, the bill first aims to amend Section 5332(b) of title 31, United States Code, by doubling the term of imprisonment for bulk cash smuggling from five years to ten. Next, the bill specifies that “whoever violates this section while violating another law of the United States… or as a part of a pattern of any unlawful activity… shall be fined double…”.  This vague language creates a loophole that can further incriminate hawaladors: by nature, their underground businesses violate multiple banking and currency reporting laws, violations which are seen as a ‘part of a pattern of any unlawful activity’. This approach is very shortsighted however, as increasing fines from one insurmountable amount to another has little effect on a low-income hawalador who would not be able to pay either fine. Increasing the fines and sentences of hawaladors will not crack down on these tight-knit systems, as the tradition of hawalas extends back centuries and very few hawaladors are ultimately prosecuted.

Establishing that patterns of unlawful activity count as a violation of their own then only serves to further target individuals in the immigrant community. A prime example of this is United States v. Elfgeeh (2008), where Yemeni-American Abad Elfgeeh was convicted of running a hawala through his Brooklyn ice cream shop. Elfgeeh testified that the hawala was a “service” to the Yemeni community in Brooklyn and did not consider it a business. Even though his hawala had no link to terrorism and was providing money to families in Yemen for basic humanitarian needs, Abad was sentenced to 188 months in prison, as well as forced to forfeit his hawala holdings and pay an additional fine of $1,250,000 — money that he did not have.[vi] Section Three of S.1241 would only make punishments like Abad’s more severe, thereby wasting hundreds of thousands in taxpayer money with unnecessarily extended sentences. Furthermore, disincentivizing hawalas through increased punishment will only negatively impact those that send clean money for humanitarian purposes, as hawalas who engage in terror financing have larger missions that are not swayed by government threats of high fines and jail time.

The final point of contention is Section 4, which aims to amend Section 1957 of title 18, United States Code, by adding the provision that the transaction reporting requirement can now be satisfied if the defendant conducted a series of monetary transactions that surpass $10,000 in aggregate. This shift is significant because it states that hawala transfers of less than $10,000 would now be in violation of this code, whereas before only single transactions that exceed $10,000 in value would trigger this clause. By nature, hawalas function through the repeated transfer of small sums, so it seems yet again that the sole purpose of this amendment would be to artificially add another crime to the case of the hawaldor. Furthermore, this trio of amendments create a cyclical pattern — violation of Section Four or Section Two triggers a violation of Section Three as part of a pattern of “any unlawful activity”— revealing the fact that this legislation only aims to further punish hawaladors instead of properly mitigating the issue of hawalas.

This legislation attempts to combat the hawala epidemic by aiming to disincentivize hawalas through increased fines and prison sentences — an approach that is culturally deaf and shortsighted. Hawalas have been a prominent method of money transfer since the era of the Silk Road, and threats by this legislation stand no chance of effectively cracking down on this trust and ethnic-based system.[vii] This legislation, if anything, only targets hawaladors with honest intentions, as those engaged in terror financing will not be swayed by threats of increased fines or doubled prison sentences. If Congress wants to be effective in mitigating the issue of hawalas and terror financing, they cannot simply increase the punishment of hawaladors and create legal loopholes, but rather should take proactive measures to boost surveillance of money movement and the enforcement of currency reporting laws.

[i] Managing Terrorism Financing Risk in Remittances and Money Transfers: Hearing before the Committee on Financial Services, 115th Cong. (2017) (Testimony of John Cassara, Board of Advisors, Center on Sanctions and Illicit Finance, Foundation for the Defense of Democracies).