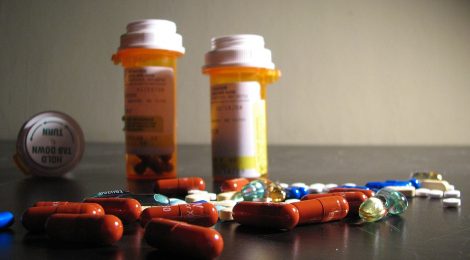 The Dangers of DTCPA: A Legal Analysis

Ella Epstein / November 19, 2017 / Comments Off on The Dangers of DTCPA: A Legal Analysis / Online, Uncategorized

Prescription drug spending is the third most expensive cost in the American healthcare system, making up about 10% of the total and projected to amount to $610 billion by 2021.1, 2 Though some of this spending can be attributed to the large number of drugs on the market, there is a hidden reason here as well: the rise of direct-to-consumer pharmaceutical advertising (DTCPA). Defined as efforts made by companies to promote prescription drugs directly to consumers through popular media, DTCPA has proved to be an exponentially profitable business, costing insurance companies and taxpayers ever more money and, more significantly, potentially endangering patients’ health. Only two countries allow television and radio broadcasts of drug advertisements: the United States and New Zealand. The practice is banned by the European Union, which has repeatedly cited concerns over companies’ ability to provide unbiased information about their products.3 Though some may argue that there exists evidence in its favor, DTCPA, significantly adding to taxpayers’ expenses, should be banned.

Directly advertising drugs to consumers is a relatively new phenomenon in the U.S. Before 1962, pharmaceutical companies advertised directly to doctors, sending them pamphlets about new drugs and pills to use at their discretion. Their claims about the efficiency of their medications went practically unchecked. Then, the thalidomide crisis of the 1950s struck, sowing widespread fear among the population of the pharmaceutical industry. Against a backdrop of public furor, the Kefauver-Harris Amendments to the 1932 Food, Drug, and Cosmetic Act were passed. The amendments tightened protocols used by pharmaceutical companies to ensure drug safety, transferred control over prescription drug advertising to the FDA and mandated that companies supply more accurate information about side effects.4 Additionally, in 1969, the FDA introduced a requirement that advertisements not be false or misleading, that they present a “fair balance” of information about the drug’s benefits and risks, and that they include a brief summary mentioning the risks listed on the drug’s label.5

Two major Supreme Court cases were decided in the 1970s that radically changed commercial speech laws. Until 1975, the rule of Valentine v. Chrestensen – providing that the Constitution does not protect commercial advertising – stood unchallenged since the case was decided in 1941.6 Bigelow v. Virginia changed that understanding. The case concerned the advertising of abortion services in a Virginia newspaper which was deemed illegal by the state’s Supreme Court. The court held that since the advertisements in the newspaper actively offered to perform a service, they were not protected by the First Amendment. Later, the United States Supreme Court overturned the ruling. According to Justice Blackmun, who wrote for the majority, “[a]dvertising, like all public expression, may be subject to reasonable regulation that serves a legitimate public interest.”7 This meant that advertisers have the same First Amendment rights as anyone else who wanted to express their opinions publicly. Any regulation curtailing this speech would have to serve a public interest greater than that created by the advertisement.

The following year brought the Supreme Court case that would pave the way to DTCPA: Virginia State Board of Pharmacy v. Virginia Citizens Consumer Council. The decision struck down a Virginia law forbidding pharmacists from displaying the prices of drugs. Justice Blackmun explicitly defended truthful commercial free speech, writing that a purely economic incentive “hardly disqualifies [one] from protection under the First Amendment.”8 The majority argued that the free flow of commercial information is essentially another tool to help public decision-making in a democracy, and is thus protected by the First Amendment.

As a result of this, companies began to experiment with television ads in the 1980s. In 1985, the FDA established a series of rules which companies broadcasting advertisements would have to follow: they would need to include a “major statement” of risks in their ads and provide a resource through which consumers could learn more about the drug, like a toll-free phone number.9 The FDA also began to differentiate between “reminder” ads – which disclose the name of the drug but not its purpose, and do not need to have a major statement – and others.10 DTC advertising gradually grew until 1997, when the FDA’s regulations loosened further, and it took off.

In the course of this legal war of attrition, pharmaceutical companies have stretched the limits of conscientious dissemination of truthful information, appealing in every case of questionable advertising to the U.S. courts to uphold their First Amendment rights. Because of their free speech protections, drug companies do not have to run their advertisements by the FDA – a situation that inevitably and systematically gives rise to misleading, though still legal, ads. For example, in 2008, Pfizer broadcast an advertisement for a cholesterol drug that featured the supposed inventor of the artificial heart. While extolling the drug’s benefits, the man was shown rowing across a lake. As it turned out, the “doctor” in the ad had no medical license, was not the inventor of the artificial heart, and had nothing to do with the actor rowing the boat – a body double had been used. Pfizer came under public fire for this ad, though it was legal, and pulled it in order to mitigate what was essentially a public relations scandal.11 As for breaches of the law, very few cases have been brought against pharmaceutical companies as they ramped up their use of DTCPA.

More important than the public confusion that can stem from misleading creative advertising of medicine is the economic impact of ads. Studies show that the average American watches 16 hours of DTCPA per year, which is considerably more time than they spend with their general practitioner.12 Direct advertising has proved to be effective and lucrative for the pharmaceutical industry. According to Julie Donohue, a professor of public health at the University of Pittsburgh, about one-third of consumers who have seen a drug ad have spoken to their doctors about it, and according to a 2004 study conducted by the FDA, between 74 and 77 percent of doctors whose patients requested a specific drug prescribed it.13, 14 Overall, since 1992, prescription drug use has grown 71 percent, about 20 percent of which can be traced to the rise of DTCPA; this has added about $180 billion to U.S. medical spending.15 DTC advertising does not just result in the sale of more drugs to consumers; driving the process are the most expensive drugs. Big pharmaceutical companies, the ones with the financial resources to afford broadcast advertising, push the most expensive drugs first in order to maximize profit margins The strategy is working; according to a spokesman in the European Parliament, the ten most advertised drugs in the U.S. are the ten best-sellers on the market.16 This puts an increased economic burden on insurance companies, which simply pass it on to the consumers who end up paying higher amounts of money for medical insurance. A defense of the drug companies’ dubious and highly profitable free speech claims in today’s climate of soaring healthcare costs seems particularly objectionable, if not outright detrimental.

Proponents of DTCPA argue that pharmaceutical advertisements are unlikely to be dangerously misleading, since the central claims of the ads – the drugs’ benefits – have essentially been subjected to pre-clearance by the FDA. In addition, if the FDA ever does find fault in an advertisement, pharmaceutical companies are likely to accede to demands to modify or drop the ad, because the FDA controls practically every other aspect of the drug’s production.17 However, these arguments do not detract from the fact that, given the legal precedents, it is easy for companies like Pfizer to run deceptive advertising encouraging patients to buy expensive drugs that they may not need and essentially do not understand the impact of. At the same time, given the enormous amount of marketing that the American public is exposed to, the burden on doctors to make careful, informed decisions on behalf of their (potentially biased) patients has been increased. Prescription medicines are like few other products in that their consumption, if misused or over-prescribed, can even have fatal effects. The legality of DTCPA must be re-examined with the patient’s physical and economic well-being in mind, before all else.

← Feature: The Evolution of First Amendment Jurisprudence in a Post-Fact World
The Issues Behind Remittance Regulation: Missing the Mark with Hawala Legislation →