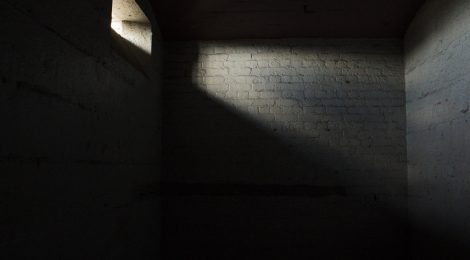 A Cruel and Unusual Burden: The Case for the Unconstitutionality of Solitary Confinement

Jodi Lessner / November 19, 2017 / Comments Off on A Cruel and Unusual Burden: The Case for the Unconstitutionality of Solitary Confinement / Online, Uncategorized

On October 22, 1983, a pair of inmates killed two prison guards at Illinois’ Marion State Penitentiary. In response to these murders, prison officials put the penitentiary in a “permanent lockdown.”[1] As a result, the Marion State Penitentiary, already known to be one of the most secure facilities in the country, became the first prison in the United States to adopt universal solitary confinement. Solitary confinement is a form of imprisonment in which inmates are isolated from others and placed in their own cell for about 23 hours a day. The first official uses of solitary confinement within the United States occurred in the Walnut Street Penitentiary in Philadelphia in 1787 as a rehabilitative experiment based on the Quaker beliefs that silence and isolation would cause reflection and repentance.[2] However, by the mid-nineteenth century, the practice became less widespread as the negative side effects of insanity, suicide, and lack of mental functioning became apparent.[3]

The Eighth Amendment in the United States Constitution prohibits cruel and unusual punishment, defined as the “unnecessary and wanton infliction of pain.”[4] Despite recognition by the Supreme Court of the cruelly negative effects accrued through forced isolation in prisons, the practice of solitary confinement remains constitutional in the United States. In light of scientific evidence suggesting that prolonged periods of isolation are harmful to any human being, it can be argued that the use of solitary confinement in America’s prisons poses a violation of the Eighth Amendment’s distinguished clause against cruel and unusual punishment.

Throughout the Court’s history, justices and judges alike have grappled with the classification of solitary confinement as constitutional. In 1890, James Medley, a man awaiting the death penalty for murdering his wife, took his case to court after being held in solitary confinement for forty-five days before his execution. Medley argued that the period of solitary confinement was inhumane, constituting cruel and unusual punishment.[5] Writing for the majority, Supreme Court Justice Samuel Miller recognized the harmful effects of the practice, explaining: “A considerable number of the prisoners fell, after even a short confinement, into a semi-fatuous condition, from which it was next to impossible to arouse them, and others became violently insane; others, still, committed suicide; while those who stood the ordeal better were not generally reformed, and in most cases did not recover sufficient mental activity to be any subsequent service to the community.”[6] As far back as 1890, the Court recognized the harm of solitary confinement; yet, in this case, the Court found that although the additional punishment of solitary confinement was unconstitutional, the practice by itself was still legal.

In Hutto v. Finney, following the logic laid out in Re: Medley that solitary confinement alone did not constitute cruel and unusual punishment, the Court took the stance that while some instances of solitary confinement may veer towards cruel and unusual, the practice by itself is not.[7] When evaluating the conditions of prison life in Arkansas, the Court called the environment that inmates lived in “a dark and evil world completely alien to the free world.”[8] In Hutto v. Finney the Court ruled that prison conditions that posed a severe risk to the health of inmates and safety plus the use of isolation did constitute cruel and unusual punishment.[9] Despite this recognition, Justice John Paul Stevens still conceded that isolation alone was not necessarily unconstitutional in and of itself, but rather could serve a legitimate interest inside prisons.[10] By considering inmate health risks separately from the harms accrued through solitary confinement, the Court failed to recognize that solitary confinement in it of itself poses dangerous psychological risks to its prisoners.

A lack of clarity in what constitutes cruel and unusual punishment and what is best practice for inmate health led to the 1989 district court case Madrid v. Gomez in which the Court found that there was no federal basis to alter prison conditions. In 1989, California built Pelican Bay State Prison, the first prison in the country built with the specific intention to be used for solitary confinement only, also known as a supermax facility.[11]  Within this facility, inmates spend 22.5 hours a day inside their cell, with the other 1.5 hours alone in a small exercise pen. They lack access to exercise yards, cafeterias, classrooms or shops. In 1995, a California federal judge found that although conditions at Pelican Bay prison “may as well hover on the edge of what is humanly tolerable,” there is no constitutional basis to substantially alter its practices.[12] Madrid v. Gomez stated that the Court must defer to states about how to structure their prisons.[13]

Today, sentences for those being held in solitary confinement can last for days, weeks, or even years. Solitary confinement can cause serious psychological damage, including but not limited to deep depression, suicidal thoughts, inability to cope with the real world after release, and or a slow descent into madness[14]. In addition to psychological damages, electroencephalogram (EEG) studies going as far back as the 1960s have shown that a lack of social interaction for a week or more can cause harm to the human brain equivalent to that of traumatic injury.[15]

Consequently, the issue at stake here is the definition of cruel and unusual punishment and how it applies to solitary confinement. In the 1991 Supreme Court case Wilson v. Seiter, the Court attempted to create a standard for the cruel and unusual clause of the Eighth Amendment.[16] The Court found that cruel and unusual punishment requires the vague standard of “unnecessary and wanton infliction of pain,” and that for this to occur, prison officials have to show “intentional cruelty” which would result in a “culpable state of mind.”[17]  While this standard has not been applied to solitary confinement, it seems as if many conditions of solitary confinement fit this standard. Brain trauma, depression, and post-traumatic stress disorder that occur as a result of the practice all can fit into the category of “unnecessary and wanton infliction of pain.”

Therefore, despite repeated court recognition of the harmful effects of solitary confinement, no ruling has been handed down that specifically deems the practice unconstitutional due to vague standards, as seen in Wilson v. Seiter, and deference to individual state legislation, such as in Madrid v. Gomez. As a result, in nearly thirty states over sixty new supermax facilities have been built based on the Marion State Penitentiary model where inmates are held in approximately 23 hours of isolation each day, are not allowed physical contact with fellow inmates or outside visitors; and are prohibited from working, eating in a cafeteria, using a communal exercise yard, or attending educational programs.[18] Thus, it can be argued that the practice of solitary confinement is a clear example of “unnecessary and wanton infliction of pain,” and thus poses a violation of the Eighth Amendment’s prohibition against cruel and unusual punishment.

← Public Figure vs. Private Citizen: Does One Deserve More Privacy?
Price Gouging in the Wake of Natural Disaster: A Legal Ambiguity →