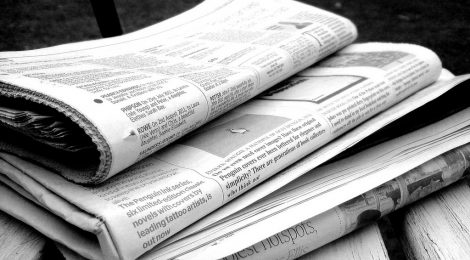 Public Figure vs. Private Citizen: Does One Deserve More Privacy?

While outing people against their will is morally wrong, it is not seen as defamation in the eyes of the law. In fact, the morality and legality of the issue had not crossed paths until 2016. Last November, Gawker media settled a lawsuit from Terry G. Bollea (Hulk Hogan) for $31 million, effectively bankrupting the media company[1]. The case included a sex tape leak, a debate over the privacy of public figures, and a secret benefactor covering Hogan’s legal fees. The outing—and the truly troubling issue with this settlement—however, happened in 2007. Ten years ago, Gawker.com published a story through which it publicly outed Peter Thiel, the cofounder of Paypal and leading investor in Facebook. The article gained traction, and although Thiel took this as an egregious compromise of his privacy, Gawker stood by its choice, on the grounds that  it was true, and that he had come out to close friends in the past[2]. Upset as Thiel was, no amount of money or influence could include the publication of a true personal fact in the definition of libel. That was, until Gawker struck again. In 2012, Gawker.com leaked Hulk Hogan’s sex tape, reigniting questions from the outing ordeal. This time around, the publication involved a greater violation of privacy, and the lawsuit involved an angrier and more invested Peter Thiel. Unlike in 2007, Thiel was determined to run Gawker out of business, in retribution for its act of “bully[ing]” in his own life. Four years and a fortune in legal fees later, he succeeded in forcing the company to settle, filing for bankruptcy as a result.

Thiel’s successful vendetta against Gawker Media demonstrates, at best, that wealthy public figures can legally sanction journalists when they uncover damaging information. At the worst, it sets a precedent that may be used to intimidate investigative journalists from releasing any sensitive information to the public, should it not be in a wealthy public figure’s interest.

Defamation is defined as:

Any intentional false communication, either written or spoken, that harms a person’s reputation; decreases the respect, regard, or confidence in which a person is held; or induces disparaging, hostile, or disagreeable opinions or feelings against a person.[3]

Defamation includes written communication, known as libel, as well as spoken communication, known as slander. The legal definition also draws a clear distinction between how this concept applies when the plaintiff is a public figure and when he is a private individual. New York Times Co. v. Sullivan 376 U.S. 254, 84 S. Ct. 710, 11 L. Ed. 2d 686 established the precedent for this in 1964, when it held that a public official cannot be granted damages for defamation—as it relates to his official conduct—unless he could prove ‘actual malice’ on the part of the media organization.[4] The judgement cited the First and Fourteenth Amendments, purporting that these provide sufficient protection to prevent a public figure plaintiff from successfully suing for damages. More notably, the First Amendment protects discourse about public individuals, even when this discourse includes “vehement, caustic, unpleasantly sharp attacks on government and public officials”

In October 2012, Gawker published several sexually explicit video clips featuring Hulk Hogan online, drawing over 7 million views.[6] This action immediately prompted a demand from Hogan’s attorney, insisting that Gawker remove the post. Upon refusal, Hogan proceeded with a lawsuit and the videos were removed from the site. Over the next three years, Gawker lost and appealed the Hogan lawsuit, and several more complaints against the media company began arising in state courts, citing help from Hogan’s lawyers[7]. In effect, Peter Thiel was leveraging his capital to enact retribution on Gawker through these lawsuits. Even though Gawker insisted it would win the appeals, the company was eventually cornered into a $31 million settlement, evoking some interesting questions about the future of investigative journalism.

In a move similar to Hogan and Thiel’s legal crusade, coal magnate Robert E. Murray is currently suing HBO for defamation, in response to John Oliver’s investigation of Murray Energy’s unsafe working conditions and mockery of its CEO.[8] While this lawsuit is in progress, the “Coal” episode of HBO’s Last Week Tonight lists four other media organizations that Murray had sued for libel in attempt to shut down investigations: The New York Times, The Huffington Post, Chagrin Valley Times, and Akron Beacon Journal. [9] Murray Energy further claims that Oliver, like three of the other publications it has sued, has made false statements about a mine collapse in 2007 that killed nine workers.[10] As more media outlets attempt to investigate the fatal cave-in, Murray rapidly shuts them down, suggesting a strong motive for keeping details of the incident hidden from the public. As with the Hogan case, should Murray Energy win damages for defamation from HBO, the standard for defamation and conversely, public figures’ accountability to the public, will be affected. Liz Spayd of The New York Times opens her May 2017 article about Murray’s lawsuit as follows:

“Murray Energy Corporation…has just taken a step that most companies never dare try: It sued The New York Times for libel…To the untrained eye, this might look like routine legal jousting. But hardly anyone jousts with The Times when it comes to formally asserting libel. When they do, they almost never win.”[11]

As long as the perception of media companies as investigative institutions with free speech protections persists, journalists can uphold their role in society, uncovering and publishing the truth. Should this perception be challenged or overturned by a lower standard for defamation, free speech protections and the quality of journalism, alike, will be seriously harmed. The outcome of Bollea v. Gawker may contribute to Murray’s case against HBO and The Times, as well as future cases of similar concern.

An important part of the definition of ‘defamation’ includes a separation between private and public figures, such as to give journalists ample freedom to exercise their First Amendment right to publish the true information they discover. If here now exists a precedent for a sex tape to be withheld from the public eye on the ground that it is an invasion of privacy, this significantly widens the possibility of damages for investigative work. A prominent politician could just as effectively sue a media outlet for investigating his/her private life, even if there is reasonable suspicion in the journalist community of wrongdoing. The vagueness of the proposed verdict, awarding Hogan $115 million in damages[12], provides enough ground to justify greater, more dangerous censorship in future cases.

← CDA 230: The Burden of Balancing Protection and Privacy Online
A Cruel and Unusual Burden: The Case for the Unconstitutionality of Solitary Confinement →