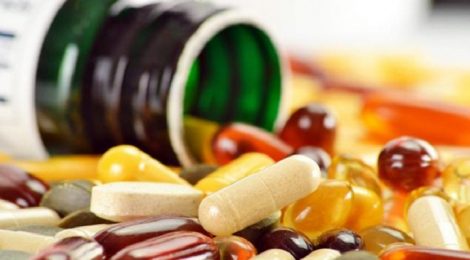 Dietary supplements are a 32 billion dollar industry in the United States, with half of all Americans taking some form of supplement today.[1], [2] At first glance, their popularity seems understandable, since advertised benefits range from promoting weight loss to fighting cancer. However, due to a lack of regulation, these supplements can—and often do—put consumers at substantial risk. Supplement intake accounts for around 23,000 emergency room visits a year and hundreds of thousands of calls to poison control centers.[3] ,[4], [5]

As the industry grows, it becomes increasingly difficult to hold manufacturers liable, largely due to the Dietary Supplement Health and Regulation Act of 1994 (DSHEA). Before the Act was passed, supplements were regulated as either food or drugs, depending on their intended use. If a product was marketed for its taste or nutritional value, it was classified as food. If therapeutic claims were made, the substance underwent stringent testing and premarket approval by the Food and Drug Administration, a process requiring an average of 10 years, before being sold as a drug.[6] Supplement companies did not want to wait that long, so they advocated for DSHEA.

Although manufacturers are responsible for ensuring a supplement’s safety, the DSHEA ensures that the FDA can take action against an “unreasonably risk[y]” product only after it reaches the market, and the burden of proof rests on the government.[7] The DSHEA also exempts health claims on supplement labels from FDA approval, so as long as the label states that the claim has not been approved and that the product is not meant to “treat, cure, or prevent” any disease.[8] The FDA can still punish companies for falsifying health benefits on labels and can impose “good manufacturing practices,” a phrase left open to interpretation.[9]

The Act was a response to what companies saw as increased governmental interference, which took the form of the Nutritional Labeling and Education Act passed by Congress in 1990. It required that both supplements and conventional food display compliant nutritional labeling and health claims, thus establishing a governmental approval system.[10]Another bill that proposed governmental requirements for such claims was introduced in 1991, leading to aggressive opposition from the industry lobby in cooperation with members of Congress like Senator Orrin Hatch (R-UT).[11] Utah is home to a seven billion dollar supplement industry, and supplement companies are some of Hatch’s biggest donors.[12] His constituents’ wealth prompted Hatch and other similarly-backed members of Congress to delay the FDA’s application of labeling rules for conventional foods to dietary supplements until the end of 1993. This gave Hatch and Senator Tom Harkin (D-IA) time to co-write the DSHEA, which passed nearly unopposed in 1994.[13]

Since 1994, the FDA’s various attempts to regulate the industry have failed. Xango, an exotic juice company and formerly Senator Hatch’s biggest Utah-based donor, came under fire in 2006. It sold mangosteen juice for 35 dollars per bottle; brochures claimed that it combats Parkinson’s, Alzheimer’s, cancer, HIV, and other diseases.[14] Disease claims are reserved for drugs, so the FDA sent Xango a warning letter stating that the company was selling an unapproved drug in the U.S. and threatening enforcement action.[15] Xango blamed the company that had published the brochures, and kept selling the juice.[16] No further enforcement action was attempted.

The crackdown on ephedra was more successful. Ephedra was the chief ingredient in many weight-loss supplements used by around 12 million people, but it was believed to cause heart attacks, strokes, and seizures. The FDA banned it in 2004 because it presented an “unreasonable risk of illness or injury,” thus rendering it “adulterated” within the meaning of the DSHEA.[17] This came seven years after the FDA’s first attempt to take it off of the market in 1997, which failed due to a lack of sufficient evidence. The Nutraceutical Corporation, a massive supplement manufacturer, challenged the 2004 ban in the District Court of Utah in Nutraceutical Corp. vs. Crawford (2005). They argued that the FDA’s use of a risk-benefit analysis shifted the burden of proof to the manufacturers. The court concurred, stating that “the imposition of a risk-benefit analysis requires the producer…to establish a benefit and alleviates the burden Congress placed squarely on the government.”[18] Nutraceuticals also claimed that the FDA had not shown that ephedra was dangerous at the exact concentration recommended on the product label and therefore did not have sufficient proof. Because the Act reads that the government must prove the presence of a risk “under conditions of use recommended or suggested in labeling,” the court agreed.[19]

The Tenth Circuit Court of Appeals overturned this ruling in Nutraceutical Corp. v. Von Eschenbach (2006). The court found that the determination of an “unreasonable risk” inherently involves a risk-benefit analysis and that, by conducting their own research on the corporation’s products rather than requesting data from the company, the FDA had met their burden.[20] The court denied the necessity of proving that a precise dosage was dangerous, since the research showed that any amount posed a risk. The ban was effective: ephedra poisonings, which peaked at 10,326 in 2002, dropped to 180 by 2013.[21] But it took fourteen more months for it to be enacted, due to the ambiguous wording of the DSHEA. Ephedra was on the market for nine years after the FDA initially discovered its dangers.

While the FDA is hampered by the DSHEA, state Attorneys General have, on occasion, been able to do what federal authorities could not. In 2015, an investigation by New York A.G. Eric Schneiderman found that 79% of supplements sold at four major retailers did not contain labeled substances or included unlisted ingredients.[22] Stating that this fraudulence was not only illegal but also endangered consumers allergic to hidden ingredients, Schneiderman sent cease-and-desist letters to these companies; similar letters were soon sent to thirteen manufacturers for the same reason.[23],[24] In March of 2015, one of the big four, GNC, committed to implementing testing standards for herbal supplements that were more rigorous than current FDA requirements, and two other companies soon followed suit.[25] New York’s Schneiderman is working in coalition with A.G.s from Indiana, Connecticut, and Puerto Rico, aiming to enhance transparency in the industry.[26]

We must continue  Schneiderman’s work and aim for further progress in his initiatives. Since prescriptions are not required to purchase supplements, patients often neglect to tell their doctors that they are taking them, incorrectly believing that they are safe. Not only are consumers blindly buying contaminated products, but their health can be negatively impacted by the lack of transparency from supplement providers. If a repeal of the DSHEA is impossible, then targeting individual companies on a state level may be one way to reveal the dangers in the dietary supplement industry.

← Protect Your DNA: Unraveling of Privacy in Genetic Testing
In Loco Parentis: The Role Schools Must Play To Provide Mental Health Resources →