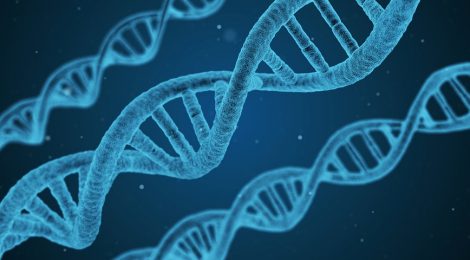 Protect Your DNA: Unraveling of Privacy in Genetic Testing

Since 2007, DNA-analyzing company 23andme has sold over 2 million of its genetic tests worldwide. For 199 dollars, customers send a vial of their saliva to the California-based company and receive their ancestral and disease-risk information in just 6-8 weeks.[1] 23andme is one of the many biotechnology companies and physician’s offices which offer an information-filled reading of their DNA.

Lawmakers started to draft legislation towards genetic regulation in as early as the 1990’s. It took until 2008 to pass such a law: The Genetic Information Nondiscrimination Act (GINA). Called “the first major civil rights bill of the century” by Senator Edward Kennedy, GINA mandates that employers and health insurance companies cannot request for nor discriminate based on genetic testing.[2] While the new law was comprehensive for employers and health insurance companies, it lacked clear distinctions on when genetic testing can or cannot be used and excluded other industries such as long term insurance, schooling, and housing.  This created troubling areas of ambiguity in the growing number of genetic testing-related cases. When one saliva sample can reveal anything from a customer’s hair color to their risk of Alzheimer’s, it is understandable that each individual would want to protect this information. GINA’s broad jurisdiction in the workplace and in health insurance as well as constitutional rights to privacy provide such security; but holes in GINA’s jurisdiction and a lack of court precedent also remind us that genetic privacy is not guaranteed.

It took 7 years for GINA to first be tested in trial.[3] When there was constant human defecation in an Atlas Logistics (a grocery freight company) warehouse, the company requested cheek cell samples from two suspected employees: Jack Lowe and Dennis Reynolds.  The DNA from both employees did not match with the feces, but Mr. Lowe and Reynolds sued in Lowe vs. Atlas Logistics Group Retail Services (2015) under GINA Section 202 which states “it is an unlawful employment practice for an employer to request, require, or purchase genetic information with regards to an employee.” Georgia’s federal court sided with Mr. Lowe and therefore promoted genetic privacy. The plaintiffs were awarded $475,000 in compensation and 1.75 million dollars in punitive damages.[4] The lead counsel for the plaintiffs stated that the unusually high damages served to warn other employers to not violate GINA. The ruling defined GINA’s jurisdiction: Judge Amy Totenberg ruled that GINA applies to all genetic tests no matter their use for the “unambiguous language of GINA covers Atlas’s request for Lowe’s and Reynold’s genetic information and thus compels judgment in favor of Lowe and Reynolds.”[5][6]While Mr. Lowe’s cheek swab was only used to compare the DNA of the swab to that of the feces, such a sample could be used to determine genetic irregularities. Some irregularities like increased cancer risk revealed by tests might cause employers to fire or discriminate against hiring an employee.[7]  Additionally, insurance companies partnered with employers through workplace wellness programs often provide incentives for employers offering genetic testing to their employees. And employees may be affected without even taking the test. According to Yale Journal of Health Policy, if an employee refuses to take the genetic tests supported by government workplace wellness programs, the employer may gain suspicion that an employee has a genetic condition.[8] While the employer cannot act upon this suspicion according to GINA, long term insurance companies can raise premiums or deny applications in accordance to these suspicions.
Lowe vs. Atlas Logistics Group Retail Services clarified the expansive power of GINA, but only in the spheres covered by the legislation. In Norman-Bloodshaw vs. Lawrence Berkeley Laboratory (1998), the ruling of the court set a precedent that went beyond GINA’s jurisdiction. The Department of Energy required that Berkeley Lab give each employee a blood and urine test before they were offered an official position. While employees gave consent for a general medical test, the employees’ samples were also tested for sickle cell anemia in only African American employees (sickle cell is more prominent in this demographic) and for pregnancy in only female employees. Neither test was included in the consent agreement. Because the case occurred before GINA was enacted and the plaintiffs sued for a privacy violation opposed to hiring discrimination, the court could rule on genetic testing in general, not just for employers. The U.S. Court of Appeals for the Ninth Circuit ruled that any unauthorized analysis or testing for medical information was a violation of the Fourth Amendment as it is an illegal search. The court also ruled the testing as a violation of the Fifth and Fourteenth Amendment right to due process. Because they only tested African Americans and women, the court also ruled that this action violated the Title VII of the Civil Rights Act, which prohibits employers from racial and gender discrimination.[9][10] Even further, the court also ruled consent for a general medical examination and sample analysis didn’t constitute consent for the use of these samples for genetic testing. Therefore, this verdict served to further secure one’s genetic privacy.
However, there are also limits to personal privacy in genetic testing. In Association for Molecular Pathology vs. Myriad Genetics (2013), the Supreme Court ruled 9-0 that naturally occurring human genes cannot be patented and therefore companies other than Myriad could test for the BRAC breast cancer genes, which Myriad had previously discovered and patented[11]. While this case prevented the creation of genetic testing monopolies, it also increased the risk for genetic discrimination in industries outside of GINA’s jurisdiction. Genetic testing companies can enter into agreements with industries outside GINA’s jurisdiction and can subsequently disclose any testing results to the companies in the agreement, which is exactly what Myriad did in 2000. This can cause the denial of coverages and genetic discrimination.  Such weaknesses have yet to be addressed in court or by legislation, putting a customer’s genetic security at risk when they take a genetic test.
Undoubtedly, GINA is a step in the right direction for preventing genetic discrimination in the workplace and insurance companies. It has successfully shaped a landscape for the privacy and protection of genetic information in a world where genetic testing is becoming more accessible. But as such tests become more popular, the gaps and limits in GINA are also becoming more evident. The above cases should be taken into account when drafting any future healthcare or privacy laws in order to protect our most personal information: our genetic code.