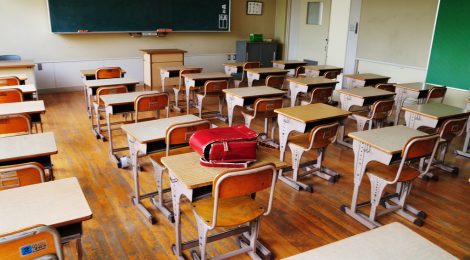 In Loco Parentis: The Role Schools Must Play To Provide Mental Health Resources

Since its inception, America has embraced the idea of equality of opportunity; one vital way to uphold this fundamental ideal is to implement a public education system that ensures equal access to resources.[1] Yet, in today’s world, this conceived ideal does not represent the reality of public education. While there are many persisting discriminatory practices, one that current students face is a lack of mental health resources in educational institutions. No local, regional, or federal government has designed new legislation or adopted court decisions to challenge educational institutions’ responsibility to sustain therapists, awareness, and warranted treatment to ailing students. However, schools have a responsibility and history of protecting students through a century-old concept, called in loco parentis.

When it was founded, our education system adopted the British custom and common law of in loco parentis from the earliest days of the American colonies. In loco parentis implies strong central authority of educational institutions, stating that schools take the role of parents when the students are placed under their care. This means that teachers and administrators can take disciplinary measures against students and must constantly look out for their students’ best interest and welfare.[2] Following this doctrine, schools must integrate mental health resources into public schools.

Nonetheless, the American debate regarding the extent of public schools’ involvement in the private lives of students lingers. Our education system attempts to balance every child’s right to an equal public education and a parent’s right to decide how to educate and raise their child. A parent’s formal educational jurisdiction ranges from choosing which school the child attends to deciding what or how the child learns. Additionally, education design and legislation falls under a state’s jurisdiction, and broad, sweeping federal legislation regulating education is uncommon.

Several Supreme Court and lower appellate court cases have enforced in loco parentis. Many of these cases involve parents suing school districts over mandatory drug testing or drug searches, often arguing that since the public schools are state actors, they cannot force individual citizens to comply to these demands without probable cause or a warrant. However, as decided in Vernonia School District47J vs. Wayne Acton, “school authorities ac[t] in loco parentis… with the power and indeed the duty to inculcate the habits and manners of civility.” The court in New Jersey vs. TLO further defines this duty, deciding that “[t]eachers and school administrators act in loco parentis in their dealings with students: their authority is that of the parent, not the State.” Schools are therefore “liable for foreseeable injuries” (Garcia v. City of New York), but how are these compensable injuries defined?[3]

Yes, a broken arm caused by a lack of supervision on the playground is not the same as a child who has developed anxiety or depression. However, an educational institution, acting in loco parentis, must oversee any injury—physical or mental—that a student has. Nevertheless, teachers, administrators, and school boards provide more resources for physical injury rather than mental injury. Three out of four schools have full or part-time nurses, while less than one half of schools have full or part-time psychologists.[4] For students in poverty, this lack of psychologists in schools is exacerbated: though fifty-one percent of public school students are eligible for free or reduced lunch,[5] only sixteen percent of school psychologists work in these low-income school districts,[6] where the majority of students are on free or reduced lunch.[7],[8]

According to the National Institute of Mental Health, one in five young people have a mental illness and half of all mental illness begins by the age fourteen.[9] In fact, mental illness prevails in low-income communities, and these communities are disproportionately made up of people of color.[10] Many students are unjustly suffering because there are not adequate resources to help them. Because these populations are especially challenged by self-advocacy when it comes to mental illness, the parental authority—in this case the educational institution—should and must provide mental health resources.

The concept seems simple: the schools are supposed to act as parents when watching over their students. Therefore, schools acting as responsible parents become “liable for foreseeable injuries,”  and these “injuries” include mental illness. Yet, our government continues to fall short in providing these resources. Congress almost fulfilled this obligation in 1975 with the Individuals with Disabilities Education Act (IDEA). Congress rightfully demanded that educational institutions provide a “free appropriate equal education” to all students, especially those with mental disabilities. However, the only reference to emotional issues covered in the legislation is “serious emotional distress”—a broad definition of mental illness that wrongly lacks the specificity or clarity to cover the spectrum of emotional or mental health issues.[11] Additionally, IDEA requires the parents’ serious intervention and interest in order to make sure that their child is obtaining the proper supports that they need. IDEA’s central mechanism for arranging special education is an Individualized Education Plan (IEP), in which parents are intended to be the third party, next to teachers and administrators. However, in situations when the parents are absent or not as involved in the child’s life, the child still needs resources and an IEP.[12] The only advocate the child can turn to is their school, the institution which is legally considered to be their parent during school hours.

The United States Supreme Court has stated that the schools’ “authority is that of the parent” and that they are “liable.” If twenty percent of students need resources that they do not have access to, we are not providing an equal and appropriate education. If twenty percent of their students experience “injuries” to their mental health, and the school refuses to help them, they neglect their students and are no longer acting in loco parentis. At this point, the United States is not maintaining equal protection from mental illness. In fact, we are neglecting the children who need it most. It is our responsibility to hold our government and its public educational institutions accountable for providing adequate resources for students with a mental health illness so that every student has equal opportunity to maximize their potential to learn and achieve.