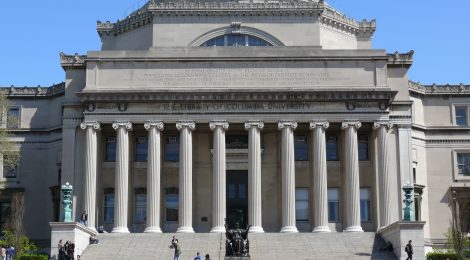 With the costly price tag of $71,690 dollars a year, Columbia University is ranked as the second-most expensive university in the United States.[1] As approximately thirteen percent of incoming students at Columbia take out a loan, student loans and their legal implications are pertinent issues to the Columbia community. Across the country, the widespread borrowing of money from the federal government has resulted in a student-debt crisis. American students owe 1.3 trillion dollars in loans and millions are either in default or behind on their payments, as Jilian Berman from MarketWatch expounds, “Consumer advocates, policy makers and even some bankruptcy judges are beginning to question the notorious difficulty of getting rid of student loans in bankruptcy.” While the student-debt crisis has a negative financial impact on all students who take out loans, it tends to predominantly limit at-risk students’ abilities to pay for their higher education. In response to this crisis, the court cases of Tezloff v. Educational Credit Management Corporation and Robert Murphy v. Educational Credit Management Corporation reveal the complex legal technicalities behind taking out student loans and how these technicalities create obstacles to the educational achievement of minorities and underrepresented groups in the United States.

The “brunner test” is used to determine whether or not any given individual must payback his or her debts. In Robert Murphy v. US Department of Education Educational Credit Management Corporation, the court summarized that “under the current laws and regulations the ‘brunner test’ in the United States, individuals who are currently burdened with any amount of student loan debt are unable to discharge the debt during a bankruptcy hearing, except….in rare cases.”[2] The criteria utilized to determine whether or not debt can be discharged in bankruptcy are “closed school discharge, total and permanent disability discharge, death discharge, false certification of student eligibility or unauthorized payment discharge, unpaid refund discharge, teaching loan forgiveness, public service loan forgiveness and borrower defense discharge.”[3] According to the brunner test, there are varied reasons why a debtor should or should not have to pay back an outstanding loan. As the reasons range from individuals who falsely claim that they are a student or students who do not finish their college education, forgiveness for students loans presents a complicated issue. Due to these problems, there are many who argue against the brunner test as the legal basis for the payment of student debts.

A contentious term that the brunner test relied on was “undue hardship.” Murphy in Robert Murphy v. US Department of Education Educational Credit Management Corporation believed that his student loans should be discharged as ensured by “undue hardship,” which the brunner test was too narrow to encapsulate. Murphy argued that, in a previous precedent established in the United States Bankruptcy Appellate Panel of the Eighth Circuit, Susan M. Shaffer v United States Department of Education, “the court affirmed the bankruptcy court’s ruling that student loans could be discharged because they created an “undue hardship” for the individual who obtained the educational loans.”[4] Murphy explained that the significant amount of money owed due to student loans should be retracted because the repayment created unjust “undue hardship” on his financial situation. Yet, “undue hardship” is broadly defined, leaving room for legal ambiguity. This standard is evidently not an effective means to prevent hardship, as millions of students continue to struggle with the hardships of student-loan debts. As it is difficult to determine or define what truly constitutes undue hardship, the brunner test inevitably presents limitations.

Murphy was not the only one who decided to pursue legal action to question the brunner test. In Tetzlaff v Educational Credit Management Corporation, Tetzlaff attempted to argue on behalf of his “good faith” efforts to repay his loans. His motion was was rejected by the court for “[a] debtor’s good faith efforts to repay his student loans are measured by his ability to “obtain employment, maximize income, and minimize expenses. Good faith is also assessed by the debtor’s demonstrated efforts to pay off his existing loans.”[5] Good faith is derived from an individual’s financial standing, meaning that it favors those who are economically stable. While this bias does facilitate the repayment of loans, it unjustly limits the educational dreams of individuals who fail to meet the good faith requirements. As such, “the bankruptcy court was not required to consider Tetzlaff’s payments to Florida Coastal as evidence of a good faith effort to repay Educational Credit, as his Florida Coastal debt was not included in the discharge action.”[6] Yet again, in this case, its is evident that the “brunner test” and other student loan laws lack the capacity to effectively support at-risk students, even those who earnestly strive to repay their borrowed funds.

After these two controversial cases, Obama introduced the Federal Family Education Loan Program (FFEL). This program prevented agencies from charging fees for up to 16 percent of the principal and accrued interest owed on the loans, if the borrower entered the government’s loan rehabilitation program within 60 days of default.[7] By establishing this program, Obama rightfully understood both the unreasonable price of college tuition and the manner in which student loan providers exploit students for large sums of money. Therefore, he introduced a maximum charging fee. However, as of March 17, 2017, “the Department of Education has told federal student loan debt collectors that they are to ignore previous guidance that restricted the fees they could charge to borrowers who defaulted on their loans — even if they immediately enter into repayment programs.”[8]

Given the futility of the brunner test, it seems myopic of DeVos to demolish Obama’s successful Federal Family Education Loan Program. Despite “good faith” efforts to repay loans and “undue hardship” caused to the student, the government continues to burden at-risk and minority students with student loan debt. The cases of Tezloff v. Educational Credit Management Corporation and Murphy v. Educational Credit Management Corporation illustrate that without Obama’s FFEL, at-risk and minority students can be forced into bankruptcy from student loans. Education is the means for social mobility, and it should not be limited based on socio-economic status. Education is a universal human right, but the brunner test wrongly turns it into a privilege. In a nation whose entire paradigm relies on faith in the ability to climb, equal access to education must take precedence. And promoting equal access to education begins with promoting equal access to federal funds and ensuring equal ability to repay these loans.

[7] Danielle Douglas-Gabriel, “Trump administration rolls back protection for people in default on student