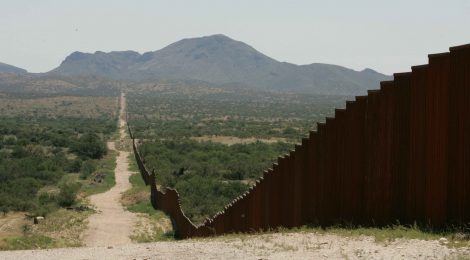 Immigration Law and Reform: Looking at State and Federal Precedent

Many have heard President Trump’s rhetoric regarding illegal immigrants, citing crime rates and immigration statistics that sound jarring at best. He looks to cases in which immigrants have been sentenced in the past that have placed a significant number of immigrants in limbo: sentenced for deportation, but facing rejection from their home countries. Citing an almost “180,000 illegal immigrants with criminal records” who remain within U.S. borders, he rallies people around the federal issue of illegal immigration, whilst ignoring the history of state and district court rulings that have engendered the Criminal Justice System as immigrants face it today. [1]

The Oxford English Dictionary echoes popular thoughts incited by the word immigration. It defines the term as the action of coming to live permanently in a foreign country, with the sample phrase invoking a ‘barrier to control illegal immigration from Mexico.’ Although the federal government has official jurisdiction over its country’s borders, most cases that deal with illegal immigrants go through state courts. Should a case ascend to a higher court, it must adhere to the precedent set by the Erie R.R. v. Tompkins decision in 1938. Under the Erie doctrine, as the decision established, federal courts were required to apply the common law of the state wherein the case originated. An amendment was made to the Erie doctrine in the aftermath of Hanna v. Plumer. In the aftermath of a car accident, Hanna sued the Plumer estate (Plumer died in the accident) for personal injuries, serving the estate’s executor by leaving the summons in his home with another person of legal age. Although he served the summons in accordance with Federal Rules of Civil Procedure (FRCP), Massachusetts state law required that executors be served by hand. The district and appeals courts, along with the U.S. Supreme Court, ruled in Plumer’s favor, thus amending the Erie Doctrine into two principles: As a result of these precedents, if no federal ruling exists (which it often does not), un-naturalized residents often face disproportionate convictions, depending on the state in which they reside. A few factors determine the severity of these convictions, including the city of residence (whether it is a sanctuary city), the current State Attorney General, and the age of the defendant. What does this deference to the state look like empirically? In the case of Texas v. Ortega, 37-year-old Rosa Maria Ortega was sentenced to eight years in prison for the crime of casting illegal ballots. U.S. Code § 611, known as Voting by Aliens stipulates that “any person who violates [the legal requirements for voting] shall be fined under this title, imprisoned not more than one year, or both.” Clearly in conflict with the Texas Penal Code, which called for Ortega’s longer sentence, it is evident that the federal statute did not ultimately supersede. The precedent for this hierarchy comes from Mayor of the City of New York v. Miln, 36 U.S. 102 (1837), in which the rule of law regarding the states’ exclusive authority to police internally when a violation deals primarily with people (as opposed to commerce) was upheld. Thereafter, even though a federal rule exists to govern the violation of voter fraud, policing in states like Texas can override the federal jurisdiction. Furthermore, an important bridge between federal and state regulation of immigration activity is the U.S. Immigration and Customs Enforcement (ICE). Created in 2003 via merger between the former U.S. Customs Service and the Immigration and Naturalization Service, ICE acts as an extension of the Department of Homeland Security, responsible for detaining persons who break immigration law. Although ICE has a federal commission, it also claims jurisdiction over local and state police forces, which are vital to its power on the ground. While the Immigration and Nationality Act Section 287(g) allows ICE to establish cooperation with state and local law enforcement agencies, the extent to which it employs these police forces varies greatly. In Los Angeles, for example, ICE officers often pose as the police to detain residents targeted for deportation. Such ruses have become increasingly common under President Trump’s administration, evoking concern about the status of sanctuary cities.

In legal terms, it is difficult to define what gives sanctuary cities their status. A highly-disputed term, sanctuary jurisdiction widely refers to American cities or states that protect undocumented residents from deportation by restricting contact with federal immigration authorities.[3] Some regions accomplish this by declining to release the identity of state and city taxpayers to law enforcement, while others prohibit local police forces from asking people about their immigrant status. The Center for Immigration Studies (CIS), in accordance with ICE, has outlined some 300 places in the United States that exercise some form of sanctuary jurisdiction, whether in written law or unofficial practice. Within these places, local authorities tend toward less cooperation with ICE in its issuance of detainers. According to CIS:

A detainer is the primary tool used by ICE to gain custody of criminal aliens for deportation. It is a notice to another law enforcement agency that ICE intends to assume custody of an alien and includes information on the alien’s previous criminal history, immigration violations, and potential threat to public safety or security.[4]

It remains unclear whether President Obama’s 2015 Priority Enforcement Program, intended to restrict detainers and immigrant arrests, played a significant role in this decline, but it demonstrated a change in political will in support of illegal immigrants, which resonated throughout the judiciary. In June 2016, for example, a Texas federal court threw out a lawsuit filed by the state of Texas against U.S. Government, seeking to resettle Syrian refugees. The ruling held that a Texas agency lacked the authority to enforce a consultation requirement of the Refugee Act.[5] Such cases demonstrate that the precedent set by Hanna v. Plumer often clashes with sanctuary status.

A similar case capitalizing on state versus federal jurisdiction began on February 13th, 2017, when 23-year-old Mexican immigrant Daniel Ramirez Medina sued the U.S. Department of Homeland Security for his incorrect detainment by ICE. Medina, who had come to the United States as a child, was wrongly detained by ICE, despite his DACA-protected status. Although he lacked any official criminal record, ICE spokesperson Rose Richeson claimed Medina was a self-identifying gang member who was arrested during “an operation targeting a prior-deported felon.”[6] Medina sued on the ground that he was not given due process, and was arrested without probable cause or notice of hearing.[7] As Medina v. U.S. Department of Homeland Security is ongoing, the outcome remains to be seen. It is difficult to surmise whether the decision will follow the trend inspired by President Obama’s Priority Enforcement Program, but in the context of current immigration laws and penal codes, it is a potential contender for a landmark Supreme Court decision.

Nevertheless, while some political will to deport unlawful residents exists, current federal law, supplementing precedents, and regions with sanctuary jurisdiction create a roadblock for drastic change. Although much of American immigration law remains vague and creates conflict between the state and federal courts, cases like Medina v. U.S. Department of Homeland Security will determine the future for ICE and DHS jurisdiction in dealing with non-citizens who reside in the United States.

← The Politicization of the Supreme Court: The Case against Originalism
Publicly Funded Religious Programs: A Clear Violation of the Establishment Clause →