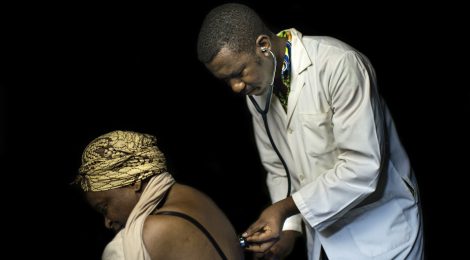 Built on Sand or Set in Stone: Roe v. Wade and Its Aftermath

Nearly half a century after the monumental case Roe v. Wade was decided, abortion rights remain prevalent in contemporary political, policy and legal issues: indeed, no fewer than thirty five cases regarding a woman’s right to choose have been reviewed by the Supreme Court, each attempting, with varying degree of success, to affirm, revise, or repeal the original ruling.1 On June 27, 2016, the Supreme Court ruled 5-3 in Whole Women’s Health v. Hellerstedt against a 2013 Texas law, formally known as the H.B.2, which placed restrictions on abortion clinics within the state and would have led to the closure of thirty-four of the forty clinics providing abortion services in Texas.2 Drawing on a judicial standard established in Casey v. Planned Parenthood, the Court struck down this law because it creates an “undue burden” on married women seeking an abortion. While far from being the last word on abortion rights, the Supreme Court’s decision has reflected the Court’s shift in focus from ideological to procedural points of contention in abortion cases and a growing consensus on the standards of judging abortion cases.

The landmark 1973 case Roe v. Wade established the fundamental standards of evaluating abortion cases. What distinguishes Roe from most other abortion cases is its central premise that the Constitution protects the right of privacy, which is considered to be “broad enough to encompass a woman’s decision whether or not to terminate her pregnancy.”3 The Court committed itself to protecting abortion as a fundamental constitutional right that triggers ‘strict scrutiny’, the highest possible standard of judicial review to which a case could be held regarding its constitutionality.

One important line of criticism of Roe concerns the Constitution’s silence on this issue: the Constitution does not make explicit provision for or against abortion, thereby leaving tremendous room for subsequent reinterpretations.4 While some argue that the Fourteenth Amendment’s Due Process Clause tacitly sanctions women’s right to choose, critics and dissenting judges such as Justice Antonin Scalia retort that “although a State may permit abortion, nothing in the Constitution dictates that a State must do so.”5

Such criticisms have a profound impact on the Supreme Court’s subsequent decisions. A case in point is Casey v. Planned Parenthood, where the Court ruled against a Pennsylvania law that requires spousal consent prior to seeking an abortion. In a 5-4 vote, while reaffriming the “essential holding” of Roe v. Wade which recognizes a woman’s right to abortion prior to fetal viability, the Supreme Court challenged Roe in two significant ways.6 First, the trimester framework that Roe imposes on abortion regulations was replaced by a fetal viability test. However, perhaps more importantly, the Court rejected the original ‘strict scrutiny’ analysis in Roe in favor of the “undue burden” test in determining the constitutionality of abortion regulations. For a law to be ruled unconstitutional, instead of investigating whether it violates the rights of privacy as enshrined in the Fourteenth Amendment, the Court will now examine whether it has “the purpose or effect of placing a substantial obstacle in the path of a woman seeking an abortion,” which constitutes an “undue burden” .The substitution of the undue burden test for the strict scrutiny analysis could be understood as the Court’s effort to protect itself from radical ideological shift and to revise and improve on previous cases by elucidating and specifying the procedures entailed by the principles of previous landmark rulings.

Unlike the strict scrutiny test proposed in the ruling for Roe, the undue burden test allows for more room of discussion as to the exact degree of restriction that constitutes an undue burden. In a common law system based on precedents, this new judicial standard would remain a broad and vague notion until several important leading cases spell out what it specifically entails. The first major application of this principle came in the 2000 case Stenberg v. Cahart, where the Supreme Court in a 5-4 decision struck down a Nebraska law prohibiting partial abortion.  The Court argued that “All those who perform abortion procedures using [the partial abortion method] must fear prosecution, conviction, and imprisonment,” which in turn leads to “an undue burden upon a woman’s right to make an abortion decision.”7 For the first time since Casey, the Supreme Court applied the undue burden test in an abortion case and specified its exact implications.

It was not until 2016 that the Supreme Court once again invoked the “undue burden” test in a major abortion case8: in Whole Women’s Health v. Hellerstedt , the Court ruled 5-3 against a Texas law that demands abortion clinics to install expensive hospital-grade facilities and requires doctors to obtain “admitting privileges” at local hospitals. This law, in effect, would have led to the closing of more than 30 clinics in Texas.9 The Court struck it down because each requirement “…places a substantial obstacle in the path of women seeking a pre-viability abortion, each constitutes an undue burden on abortion access, and each violates the federal Constitution”. In addition, the Court argued that the law’s requirements “do little or nothing for health, but rather strew impediments to abortion.”10

Important to the decision in WWH is the Court’s upholding of the right to abortion established by Roe v. Wade and its further elucidation of the judicial standard of “undue burden” test. Instead of challenging the constitutionality of Roe, the Court has endeavored to avoid drastic ideological swings and to gradually build on the principles of previous cases. The 2016 WWH v. Hellerstedt can be viewed as its latest effort to elucidate the undue burden test established in Casey, and the Courts’s ruling reflects its growing consensus on the standard of judging abortion cases. This consensus can be seen in the fact that unlike Casey and Stenberg, in WWH the dissenting justices did not challenge the constitutionality of Roe but instead argued that the majority “re-imagines the undue-burden standard.”11 &12

While abortion remains a controversial issue in the Supreme Court, the terms of the controversy has changed over the years. Whereas in the earlier days the constitutionality of Roe v. Wade has drawn most of the Court’s attention, since Casey v. PP the Court has focused increasingly on the procedural rather than ideological aspect of abortion cases. In the meantime, through cases like Casey, Stenberg and WWH, the undue burden test has grown to be a mature and full-fledged judicial standard in judging abortion cases. In the Court’s own words, this is because “..the Constitution serves human values, and while the effect of reliance on Roe cannot be exactly measured, neither can the certain costs of overruling Roe for people who have ordered their thinking and living around that case be dismissed.”13 Therefore, while the public, politicians and even the President-Elect have often looked on the Court with eager partisan expectations and hoped that the Court’s ideological pendulum will swing in their favor, the Court has already developed a mature tradition in abortion cases based on Roe, making it ever harder to repeal the seminal 1973 ruling.

← The Injustice of the Felony-Murder Rule
Fall Launch Event! Trump and the Future of Refugee Law →