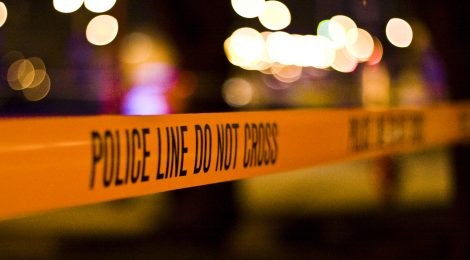 The Injustice of the Felony-Murder Rule

One night in 2008, three teenage boys—Travis Castle, Justin Doyle, and Cody Moore—broke into a seemingly unoccupied house. The boys were unarmed, and had no previous criminal record. Upon their entrance, a guest staying at the house shot and killed Travis Castle. Since the guest was acting in self-defense, he was not charged with murder; instead, Travis Castle’s two unarmed, 15-year-old best friends were[1].

The case has gained infamy for eliciting a visceral reaction of confusion, perhaps indignation—in short, a sense of injustice. But it is not an isolated incident: similarly unjust sentencing is within the scope of American jurisprudence due to a law called the felony murder rule. The felony murder rule is a legal doctrine that excludes considerations of context and intention in a murder-crime: when someone is killed during the commission of a felony, regardless of how or by whom they are killed, the commissioner of the felony is charged with murder[2]. This rule—outdated, manipulative, and principally unjust—has no place in our legal system.

Not all felonies fall under the felony murder-rule: although the types of felonies included vary from state to state, all interpretations of the law require the offense to be an inherently dangerous one. Federal law lists the crimes: arson, felonious escape, murder, kidnapping, treason, espionage, sabotage, sexual abuse, child abuse, burglary, and robbery as applicable under the felony murder rule[3]. The felony murder rule itself can be traced back to the English common law code. However, the English abolished it in 1957, as it is woefully out of date[4]. When the law was created, all felons faced the death penalty. Therefore, the distinction between being charged with a felony or first-degree murder was irrelevant, since the punishment was the same[5]. Today, sentencing for felonies differs based on the seriousness of the crime and the criminal history of the defendant. In almost every case, a crime as serious as first-degree murder has a much more drastic punishment than a crime like burglary. Because it ignores this distinction, the felony-murder rule now faces increasing scrutiny and criticism from legal scholars.

There are two competing theories on the interpretation of the felony murder rule, and, within the United States, enforcement differs on a state to state bases. The first is the agency theory, in which felons are only held liable for deaths caused by themselves or one of their co-felons. The second is the proximate cause theory, in which felons are held liable for any death occurring in relation to the crime, whether the murderer be a felon, police officer, or witness[6]. The most critiqued theory, the proximate cause theory, was used in the prosecution of Justin Doyle and Cody Moore. In states such as Illinois, both theories lead to charging the culprits with first-degree murder[7].

Proponents defend the felony murder rule on the basis that it helps reduce overall felony rates, and reduces the average number of crime-related deaths. Although a number of studies have attempted to isolate the effects of the rule, the results are hard to determine because of confounding variables. The most prevalent study, conducted by legal researchers at UC Berkeley, found that there was no decrease in felony rates for states that adopt the felony murder rule, and that there may be a slight negative correlation to crime-related deaths for states that adopt the law[8]. Beyond arguments for its potential utilitarian benefits, the rule has been harshly criticized for its apparent disregard of criminal intent, as seen in the case of Travis Castle and his friends. Even if the rule did reduce both overall felony rates and crime-related death rates, the law still reeks of injustice: the notion of charging someone with a murder they did not intend goes against any intuitive notion of fairness, and against the principles the American criminal justice system is founded upon. To counter this visceral objection, proponents of the felony murder rule argue that the felons are directly culpable of murder and should be treated as such because they set the chain of events that led to the death in motion. This defense has been popularly coined as the “but for” defense: for example, but for the fact that Castle, Doyle, and Moore broke into the house, Castle would not have been killed by the person inside[9] . Although perhaps logically sound, this defense is dangerously simplistic and reductive, asserting that all crimes should be punished based on outcome rather than intent.

Another defense of the felony murder rule is that it facilitates a more efficient method of plea-bargaining, as vocalized in the Tennessee Supreme Court Case State v. Anderson. The case asserted that the felony-murder rule’s purpose was to “give prosecutors flexibility in presenting and obtaining plea deals”[11]. The decision reasoned that when faced with the possibility of a first-degree murder conviction, criminals are much more likely to admit to their guilt and accept a plea bargain—the court decision states that this outcome facilitates the “prompter imposition of punishment on acknowledged offenders” and helps “conserve scarce judicial resources”[12]. However, there is little to no evidence of any such increased efficiency within the justice system. In fact, this supposed defense of the rule can easily be turned on its head, to reveal damning legal consequences. Although it is unclear whether or not the threat of a first-degree murder conviction expedites legal processes, one thing is certain: this increased pressure on the defendant makes him or her more vulnerable to prosecutorial pressure. Because they know that the risk of a first-degree murder conviction is too high for most defendants to take, prosecutors can set the most abusive plea bargain possible. In Castle’s case, Doyle and Moore, too scared to risk a first-degree murder conviction, pleaded guilty of involuntary manslaughter and are expected to serve thirty years in prison[13]. Considered another way, because the plea bargains are so abusive, some felons are irrationally incentivized to risk the first-degree murder conviction. Such was the case with Ryan Holle, who lent his car to his roommate and was convicted of first-degree murder when his roommate used the car to drive to a person’s house and kill them. Holle, who had no idea that his roommate was murderous, was technically an accessory to the felony and therefore charged under the felony murder rule. He was offered a 10-year plea bargain but, mistakenly assuming the courts would uphold his innocence, he rejected it. He is now serving life without parole[14].

Now, in our age of woefully overcrowded jails, skyrocketing recidivism rates, and a criminal justice system seen by much of the public as broken, it is more important than ever for us to carefully consider our laws: to ask ourselves what they stand for and whom they affect. A law that is inefficient, manipulative, and principally unjust has no place in our penal code. A law that threatens the very foundation of our legal philosophy—the mens rea requirement—has no right to remain in our legal system. And a law that crudely equates unarmed robbers with premeditating murderers, throwing them both into the same, overflowing prison cell, certainly has no role in our criminal justice system.

[6] Birdsong, Leonard. “A Long Discourse on the Concept of Felony Murder in the United States.”

← Drones: The New Technology of War and its Legal Consequences
Built on Sand or Set in Stone: Roe v. Wade and Its Aftermath →