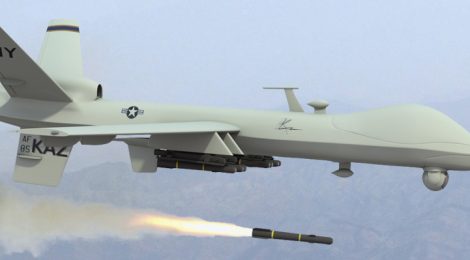 Drones: The New Technology of War and its Legal Consequences

From the Constitution’s inception, it was evident that there would be a clash between the Executive and Legislative branches over the oversight of and authority over war powers. Article 2, Section 2of the Constitution names the President as Commander-in-Chief of the Armed Forces while Article 1, Section 8 grants Congress a list of war powers, including the abilities to declare war and regulate the military.[1][2] This separation of war powers is not limited to the Constitution. The Code of Laws of the United States of America and Title 50 illustrates how the authority over the use of force varies across contexts. Operations under Title 10 refer to those carried out by the Department of Defense whereas operations under Title 50 refer to those performed covertly by the CIA and other intelligence agencies.[3] Although this division of power was originally intended to promote cooperation and transparency between the two branches, in the modern era of Unmanned Aerial Vehicles (i.e. drones) and other new war technologies, it is not cooperation but rather competition for authority that has persisted. As legal experts attempt to establish which sections of the Constitution and the U.S. Code of Laws should regulate new military technologies, the executive and the legislative branches are vying to claim this authority.

The development of drone technology as we know it today was neither surprising nor unprecedented. The first semblance of what is now known as a “drone” appeared in 1995.[4] Named the “Predator,” this unmanned aerial vehicle began as a mere remote-controlled airplane equipped with surveillance equipment. Since it was initially conceived for intelligence gathering, it did not generate debate over war powers due to its lack of war-making capabilities. However, less than a decade later, the Predator drone was weaponized with Hellfire missiles. After the tragic events of the September 11 attacks, these newly weaponized Predator drones were deployed in Afghanistan.

At this point, the drones had yet to spark any major debate for two reasons. First, Congress had passed an Authorization of Use of Military Force, which meant that the President was granted the ability to use any “necessary and appropriate force” against anyone who was deemed responsible for the September 11 attacks.[5] Second, the Predator drones were still operated by ground troops; to be able to control a drone, the pilot would have to be in a nearby location. However, changes in technology and alterations in the geopolitical situation would begin to make the issue of drones a hot button topic.

As years passed, drones became a more lethal and versatile weapon. The most significant development was when drones’ cameras were programmed to relay information to the global telecommunications network.[6] This allowed drones to be piloted from anywhere in the world; the United States (and any other nation) could wage war without having to put a single soldier on the battlefield. This capability became problematic when the Executive Branch started to use drones excessively; in Afghanistan alone, 1,015 strikes were issued from 2008 to 2012.[7] The Obama administration has been criticized for both overstepping the Executive Branch’s authority and using drones to effectively “declare war” without an Authorization of Use of Military Force from Congress. This use of force abroad, is particularly controversial because it violates Article 1, Section 8, Clause 11 of the Constitution and fails to adhere to the War Powers Resolution, which states that the President must notify Congress within 48 hours of committing armed forces.[8][9]

The Constitutional issues surrounding drone usages are accompanied by technical and oversight issues. Drone operations are currently not only commanded by the Executive Branch but are also classified under Title 50 operations via the Central Intelligence Agency (CIA).[10] Although the covert nature of these operations may offer some advantages, such as a more streamlined process, there are also critical drawbacks. For instance, drone pilots are in a legal gray area. Many pilots often fail to fall under the legal definition of “combatant,” hence they are at risk of losing legal protections granted to both civilians and lawful combatants. When involved in an armed conflict, civilians are usually entitled to various protections under the Fourth Geneva Convention. However, these protections are lost when the civilian is in “direct participation in hostilities.”[11] In essence, although they were ordered to operate drones, without the legal status of combatant, the pilots can be tried for war crimes under international law. Additionally, the lack of transparency in current drone operations may lead to international backlash; the United States could potentially be incriminated for war crimes or lose significant influence from its belligerent activities. The idea of uninhibited war-making capabilities is too pressing of an issue to go unnoticed on the international stage.

Columbia Law professor Matthew Waxman argues that not only will Congress be able “to speak more clearly and openly” on how drone operations are carried out, the military is also more experienced and efficient at adhering to the Law of Armed Combat.[13] This means that international backlash would be limited as the perception that the United States is irresponsibly issuing targeted killings would be replaced with the image of the United States making an effort to properly balance war powers as well as establish norms of drone usage.

The division of war powers between the executive and legislative branches has always been a shifting line. As new technologies drastically change the way in which wars are fought, both the executive and legislative branches scramble to increase their war-making capabilities and prevent the other branch from becoming too powerful. With drones especially, the current covert nature of their operations and uninhibited use by the executive branch too easily cause constitutional and technical problems. Only by finding a legal framework that minimizes risks and adheres to the Constitution can drones properly be used.

[4] Bowden, Mark. “How the Predator Drone Changed the Character of War.” Smithsonian. November 2013.