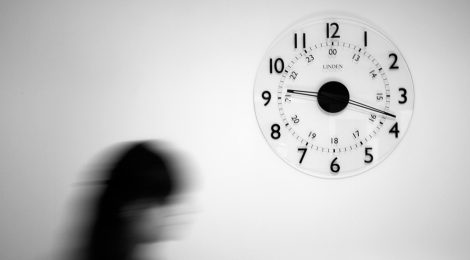 In 1975, nearly 65% of middle-class Americans were eligible for overtime compensation, which is pay at least one and one-half times their regular rates of pay after 40 hours in a work week.[1] Yet, much has changed in forty years, the overtime exemption salary is now just below the poverty line for a family of four, making it almost irrelevant for most Americans.[2] In order to address this issue and increase take home pay for workers, the New Overtime Rule, also called the Final Rule, raises the exemption salary threshold from $455 a week to an estimated $970.[3] The New Overtime Rule’s near doubling of the FLSA-2004 rate should redistribute $1.2 billion in salaries and $300 million in overtime to approximately 4.6 million workers’ paychecks, and indirectly affect another 8.9 million worker’s paychecks.[4] The reallocation may be seen in several different ways: Employers may keep their employees exempt from overtime by raising employees’ salaries; employers may just pay the overtime; or, employers may schedule more efficiently and bring on new employees. For the majority of workers, these options can mean more time off or more money and jobs. President Obama, who issued an executive order to the Department of Labor to simplify and modernize overtime eligibility, said the rule is a matter of “basic fairness… if you work longer, you work harder, you should get paid for it.”[5]

However, as fundamental as the rule may be presented by the administration, it has met criticism from Democrats to Republicans and from labor advocates to business leaders. The rule has a “one-size-fits-all” elevation and application, which means all its provisions apply to every worker.[6] Some critics warn that the rule must be blocked if it does not warrant special provisions to particular industries and state governments. Others note that the rule was not intended to target these industries and state governments. Some state governments have sued because they believe the rule infringes on their ability to self-govern, and hold the law to be unconstitutional. These critics ask: Should there be industry-based exemptions to overtime compensation laws? Should there be region-based indexes? Is the “basic fairness” Overtime law too extreme to be implemented?

Before examining the new exemptions and indexes, there is a highly contentious existing exemption worth examining called the “duty test.” Under CFR § 541 of the FLSA-2004, most executive, administrative, and professional positions are disqualified from receiving overtime pay according to the employee’s salary and duties. The notion is that particular jobs mandate overtime in order to complete their task. Yet, Christine Owens, National Employment Law Project executive director, stated “vague definition, laissez-faire approach to the mix ‘salaried’ and ‘hourly’ duties required for exempt status, and other shortcomings threaten to deny far too many workers the overtime pay protections that they deserve.”[7] There is also no regulation on the amount of time an employee must do a particular duty, which means the determination is left to interpretation of the employers.

In practice the interpretation of the duties is seldom uniform, and because of this there has been many duty test suits brought to court. Moreover, as attorney Louis Pechman of Pechman Law Group PLLC, notes the rule’s raising of the exemption threshold will amplify “duty test” lawsuits across the United States.[8] Notably, the notion of exemptions or special provisions for certain industries, or regions, or ages, or, for what stands now, “duties”, may open the door for an overabundance of enforcement based lawsuits.

Yet, besides the issue of interpretation and duties, should exemptions remain an option? Should there be stricter and more accurate terms within the exemption? What are the cases for exemptions or against the rule?

On level of the state government, the U.S. Chamber of Commerce, Texas Attorney General Ken Paxton, and Nevada Attorney General Adam Laxalt, along with 21 states challenged the new Overtime rule.[9] States argue the rule is a violation of the 10th amendment and states’ rights. Since many of these states are from lower-wage regions in the country, they argue the forced fiscal adjustment to state expenses will contribute to budget deficits.[10] The States’ contend that the new federal regulations will force them to either run a deficit or offset the salary increases by changing the size and operation capacity of their governments.

Many of the issues affecting state governments will likewise influence organizations operating with highly constrained budgets such as state higher education institutions, nonprofits, and start-ups.

Research managers from top state universities have vocalized a probable reduction in its research staff due to the regulation. Independent Research Fellows have noted the government funding for most post-doctoral research “is actually lower than what the exemption level will be usually” and the rule may prohibit researchers from putting in extra hours.[11] Similarly, employees at many nonprofits are paid under the exemption threshold but work over the traditional 40-hour weeks. The rule may diminish nonprofits’ employment capacity given their often-limited financial resources.

Entry-level start-up employees tend to earn less than $50,000 a year at many start-ups.[12] Given the uncertain and reactive market conditions that affect start-up enterprises, employees tend to find that working overtime hours is a necessity. Yet, unlike many other established industries, start-ups are strapped-for-cash and cannot afford traditional overtime compensation. Therefore, employees tend to be compensated with incentives that defer payment to a future date such as equity. Yet, the new overtime regulation enforces conventional overtime pay, which may upend start-up’s existing incentives and may levy too high a cost for employees to work extra hours. Thus, the rule may cripple start-ups operational capacity and endanger prospective growth.

In research institutions, non-profits, and start-ups, the employees work extra hours not intending or expecting to be paid. Notably, the rule requires employers to pay regardless if the pay was requested. Thus, there is an impasse between insisting workers earn wages for hours they have worked, while maintaining the ability to work “extra.” Although the New Overtime Rule helps to increase jobs and wages to the middle-class, it restricts the hours employees are willing to work without pay at cash-strapped institutions, companies, and non-profits.

The realization that there is a restriction on workers’ ability to work “extra” hours shows there is an underlying assumption behind the rule: Extra work is always done for extra money. Conversely, however, each of the industries above demonstrates that this underlying assumption is way too simplified. Moreover, this simplification becomes increasingly problematic because there can be even more individualistic reasons why a worker may want to work extra. For example, they may want to improve themselves, fine tone their craft, complete a late assignment, or be the ‘best’ in their workplace. Conclusively, there really is no way to craft an exemption for each individual’s definition for work.

All these factors will force the rule to face fierce conflict, some of which it is already confronting. U.S. Senator David Vitter (R-La.), Chairman of the Senate Committee on Small Business and Entrepreneurship, Senator Lamar Alexander (R-Tenn.), Chairman of the Senate Committee on Health, Education, Labor, and Pensions, and Senator Ron Johnson (R-Wisc.), Chairman of the Senate Homeland Security and Governmental Affairs Committee, are proposing legislation to block the implementation of the rule under the Congressional Review Act (CRA). [13] Rep. Tim Walberg (R-Mich) and Rep. John Kline (R-MN), chairman of the Committee on Education and the Workplace, created the “Protecting Workplace Advancement and Opportunity Act,” which will also target blocking the rule.[14] Rep. Virginia Foxx (R-NC) will also be proposing another resolution to end the rule.[15] Any attempt to block the rule can be overturned with a presidential veto, which may certainly happen.

Yet, its long-term implications are uncertain because the rule was implemented by executive order. As with many other Obama executive orders, there is a chance an incoming President and Congress can overturn them. Therefore, the President-elect will have the opportunity to decide the inevitable fate of this Overtime Rule.

[4] Jacoby. Bernstein, Jared. “The New Overtime Rule Is One of Obama’s Most Progressive Actions.” Washington Post, The Washington Post, May 18, 2016. https://www.washingtonpost.com/posteverything/wp/2016/05/18/the-new-overtime-rule-is-one-of-obamas-most-progressive-actions/.

← Juvenile Prosecution in the United States: The Convention of the Rights of the Child
Drones: The New Technology of War and its Legal Consequences →