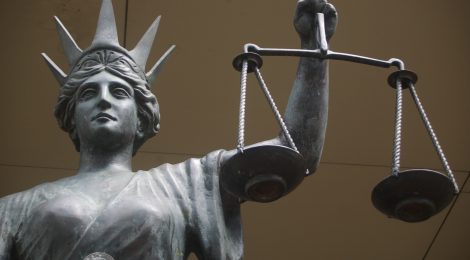 Juvenile Prosecution in the United States: The Convention of the Rights of the Child

The United States has come under fire from the international community for human rights violations by prosecuting juveniles inconsistent with international practices outlined in the 1990 Convention of the Rights of the Child. There are 196 states that are a party to the CORC, including every member of the United Nations, except for the United States which remains stymied by the influences of domestic politics and law.

The Convention of the Rights of the Child attempts to protect juvenile offenders in the following ways. Article 37 of the CORC prohibits cruel and unusual punishment of a child, the detention of a child with adults, life without parole and the death sentence for a child. Article 40 pertains to juvenile justice, specifically the right to legal counsel, to fair treatment in a system respectful of a child’s rights, to having the government establish a legal age below which a child cannot be held responsible, and to minimum guarantees of fairness and quick resolution of judicial and other matters.[1] Studies show that children transferred to adult court have a 34% higher risk of felony arrests, are more than 50% more likely to be beaten and/or sexually assaulted by inmates and staff, are subject to solitary confinement, and are 36% more likely to commit suicide than juveniles prosecuted and sentenced in juvenile court.[2] The psychological and neurological effects of prosecuting a juvenile as an adult are numerous. Science has shown that children’s brains are malleable, lending support to Article 40 of the CORC which requires the state take measures to rehabilitate juveniles.

But, with the United States’ failure to ratify and adhere to the CORC at the national level, there continues to be a departure from internationally accepted human rights norms. The Committee on The Rights of the Child reported that, “in the United States, more than half of the states allow children aged 12 and above to be transferred to adult courts; in 22 states children, as young as seven years old, can be tried and convicted in adult courts.”[3] The minimum age for criminal court trials is 10 in Indiana, Kansas, Ohio, Vermont and Wisconsin, and 26 other states do not have a minimum age for these trials.[4] Currently in the United States, about 250,000 juveniles are tried, sentenced, or incarcerated as adults every year.” [5] Recent Supreme Court cases, including Roper v. Simmons (2005) which declared the death penalty unconstitutional for juveniles under 18, and Miller v. Alabama (2012) which prohibits juvenile life sentences indicates the Court recognizes that “kids are different.” Yet, the United States has still not ratified this significant treaty. The United State’s failure to ratify the treaty is rooted in politics and legality. The treaty has never been sent to the Senate, where it requires a 2/3 majority to be ratified. Long term opponent of ratification Senator Jeff Sessions (R-AL) claims international law acts as a “diminishment of American sovereignty.” [6] [7] Senate opposition is led by staunch conservative right-winger Senator Jesse Helms (R-NC), also former chairman of the Senate Foreign Relations Committee, who claims, “the United Nations Convention on the Rights of the Child is incompatible with God-given right and responsibility of parents to raise their children.”[8] The proposed “Parental Rights Amendment” to the US Constitution seeks to maintain child rearing decision and responsibility to parents, and further states that, “No treaty may be adopted nor shall any source of international law be employed to supersede, modify, interpret, or apply to the rights guaranteed by this article.”[9] Further pushback from the conservative American Heritage Foundation claims that the United Nations is now, “actively seeking to shape member states’ domestic policies” while raising inquiries about “sovereign jurisdiction, over domestic policy-making.”[10]

While both the Reagan and Bush administrations were instrumental in authorizing the treaty, neither pushed it to the Senate. In 2008, President Obama noted, “It’s embarrassing to find ourselves in the company of Somalia, a lawless land.”[11] The Obama administration is currently reviewing ratification of the treaty with continued opposition from the conservative right in the Senate and grassroots organizations with widespread influence.[12] [13]

The laws designed to protect inalienable rights within the United States remain the biggest challenge in ratification of The Convention on the Rights of The Child. Under the Constitution, ratification of a treaty is a complex and lengthy legal process. The United States undertakes extensive steps to ascertain that state and federal laws comply with the terms of an international treaty before ratifying it; a treaty does not become law and therefore legislation must be enacted if terms of a treaty are in conflict with the Constitution or existing legislation at the federal, state or local level.

United States sovereignty cannot be overlooked. The Declaration of Independence decrees the United States a sovereign nation free from international or other rule or influence. [16] Ratification of the CORC affects the ability of the United States to implement and administer (child and family) law as mandated by the Constitution and its amendments in favor of an international treaty and is in direct opposition to the very basic premise of the Declaration.

The United States is slowly abiding certain international norms with respect to juvenile prosecution. The United States Constitution, The Bill of Rights and The Declaration of Independence, which serve to protect citizens, contributed to a departure from internationally accepted human rights norms, specifically with regards to juvenile prosecution. The complex political and legal web of the United States serves to make adherence to and ratification of The Convention of the Rights of the Child, and rectification of injustice, unlikely.

[2] United States. CDC. Effects on Violence of Laws and Policies Facilitating the Transfer of Youth from the Juvenile to the Adult Justice System. N.p.: n.p., n.d. CDC. Web.

[12] Christian Coalition, Concerned Women for America, Eagle Forum, Family Research Council, Focus on the Family, the John Birch Society, the National Center for Home Education, the Rutherford Institute, and others