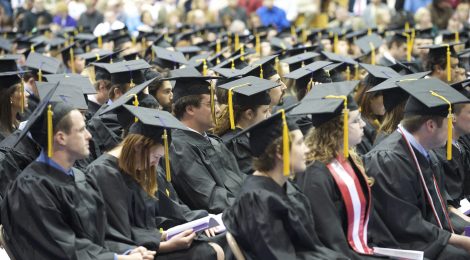 A Broken System: Resolving Our Faulty Approach to Funding Education

Should educational resources be defined by a student’s zipcode? In every state across America, educational advocacy groups, local school boards, students, and parents have sought legal action to correct the usage of local property taxes to fund public schools, a system which unjustly benefits wealthier neighborhoods over low-income communities.[1] This educational disparity has led to an intensifying struggle between local authority and the state’s inherent responsibility to promote educational equality; through holding the state accountable for allocating funds towards education, the judicial branch can equalize educational disparities between communities.

In Connecticut Coalition for Justice in Education Funding v. Rell, a coalition of students, parents, and teacher unions disputed the unequal access to education in the Connecticut school system, as students in wealthier communities unjustly received more access to better teachers, educational resources, and school supplies.[2] While the lawsuit was initially dismissed, the coalition won on appeal in the Connecticut Supreme Court, which sent the case back to Hartford Superior Court where the trial began on January 12, 2016 with Judge Thomas Moukawsher presiding.[3] The coalition argued that the state had failed on its constitutional responsibility to suitably fund public schools.[4] The premise of the plaintiff’s argument was that, due to the state funding education through property taxes, a student living in an at-risk community in Connecticut receives less resources and funding than a student living in a wealthy community.[5] For example, in the state budget revisions passed this fiscal year, the current funding system proved problematic when the Connecticut General Assembly cut $905,000 of educational funding in poorer communities, such as Bridgeport,[6] and raised $1.4 million to fund schools in the wealthier community of West Hartford.[7] The state disagreed, arguing that the funding of schools in Connecticut was equitable and more funding would not significantly improve less financed schools.

After eleven years of litigation, Judge Moukawsher finally ruled in favor of the Connecticut Coalition for Justice in Education Funding in 2016. In his Superior Court opinion, he ruled that the “state must rally more forcefully around troubled schools… and stick to an honest formula that delivers state aid according to local need.”[8] Judge Moukawsher further wrote that the court has a “judicially enforceable right to [promote] principles governing our schools” through equal educational funding because the state has ignored low-income students’ needs.[9] However, if equal school funding through property taxes proves unrealistic, Judge Moukawsher affirmed that there must be a reform of fiscal infrastructure relying on local communities rather than the state.[10]

In addition to setting an important legal precedent for the state’s responsibility of funding schools in at-risk communities, it is equally vital that the judicial branch continually ensures that the state upholds this responsibility. In CFE, Inc. v. State (1993), Campaign for Fiscal Equity challenged the constitutionality of the existing system in New York City for financing public education. Similarly to the CCJEF v. Rell case, the plaintiff argued that the educational finance system was underfunded and inadequately “denied students’ constitutional rights to a sound, basic, education.”[11] The State Supreme Court ruled in favor of CFE in 2001 and this decision was upheld by the Court of Appeals in 2003. [12]

In response to the court’s decision, the state created the Foundation Aid Formula that allocated $5.5 billion over four years to be equally spread across school districts. However, the state has not upheld its responsibility to allocate these funds. While $2.3 billion were initially allocated during the phase-in period of 2007-2009, over $4.8 billion were cut from school funding during the recession of 2009-2012. These cuts, in theory, negate the CFE decision, as the state still owes 3.9 billion dollars of aid to schools.[13] Educational organizations, like New Yorkers for Students’ Educational Rights, have filed legal complaints to the State of New York arguing, “in response to the Court of Appeals’ CFE decisions… the state defendants have violated their constitutional responsibility… Hundreds of thousands of students in the City of New of New York are currently being denied the opportunity for a sound basic education.” [14]

Through rulings that justly amend disparities in educational funding, the court can have a prominent effect on fixing educational inequities in America. While the court’s first step is to ensure the state’s equitable allocation of funds to school districts, the court must also affirm that the schools’ financial needs are entirely met by the state. CCJEF v. Rell sets a vital legal precedent to holding the state accountable for fixing educational disparities. If a low-income community does not reach this minimum of resources for a sound education, it is the state’s inherent responsibility to allocate funding in order to meet this standard. However, it is vital that the landmark legal precedent set in CCJEF v. Rell is not negated by the state’s negligence in cases like CFE, Inc. v. State. Under the Equal Protection Clause of the Fourteenth Amendment, it can be argued that every student has a right to an equal education; the courts must continue to hold the state accountable for upholding its constitutional duty. [15] Nevertheless, in low-income communities across America, students face unequal access to resources and teaching than their peers in affluent communities. It is time for the courts to bridge this gap.

[5] Barnum, Matt. “Connecticut School Funding on Trial: After a Decade, Equity Gets Its Day in Court.” The 74. March 31, 2016. https://www.the74million.org/article/connecticut-school-funding-on-trial-after-a-decade-equity-gets-its-day-in-court

← Why Free Speech Does Not Include Denying Climate Change: A Legal Explanation
Juvenile Prosecution in the United States: The Convention of the Rights of the Child →