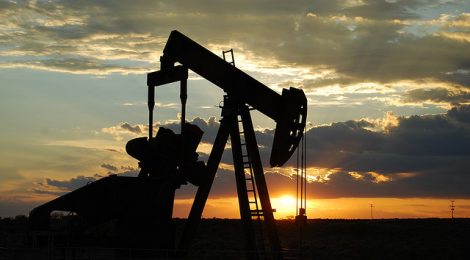 Why Free Speech Does Not Include Denying Climate Change: A Legal Explanation

The right to free and protected speech is one of the cornerstones of a democratic society that stresses tolerance towards disagreements. Nonetheless, the imperative for free speech can frequently come in contact with differing public policy priorities. Notably, in the United States, courts have generally ruled on the side of free speech compared to their European counterparts.[1] Nonetheless, there still have been plenty of times when the courts have ruled that the government has a legitimate interest in censoring certain kinds of speech – and, crucially, one of those instances is the efforts on behalf of oil and gas companies to mislead the public on climate change.

The policy choices that are made in the next few years will have strong implications of life on the planet earth for millennia, according to a group of esteemed climate scientists from around the world. [2] There is an overwhelming scientific consensus that climate change is not only real but that it is anthropogenic.[3] The consequences of unchecked climate change are profound: mass migrations, widespread starvation and drought, devastating sea level rise, and global economic and political instability.[4] Although over one hundred countries came together last year in Paris to make commitments to address climate change, a coalition of groups with environmental concerns including the National Resource Defense Council and the Union of Concerned Scientists believe that the US is moving too slowly and have helped launched a legal offensive against fossil fuel companies led by several state attorneys general. [5]

The attorneys general of several states – notably, California, New York, and Massachusetts – have filed lawsuits against ExxonMobil on charges of civil racketeering.[6] The attorneys general allege that Exxon Mobil knew about climate change and its risks for years, funded climate change denial research, and engaged in efforts to deliberately mislead the public. Independent journalism investigations suggest that Exxon researchers were warning the company about climate change since the 1980s.[7] And although the company in the early days denied that such warming was happening, ExxonMobil quietly made adjustments to their operations accounting for production cost increases due to rises in sea level as well as planned drilling in areas that would be more accessible with the melting of Arctic ice.[8]

Exxon has not stood idly by in the face of this new legal offensive. Exxon filed two lawsuits in 2016 against the Virgin Islands and Massachusetts Attorneys General, two of the people involved in the initial group of AGs who had prosecuted Exxon.[9] Exxon argued that the efforts on behalf of these AGs to subpoena decades’ worth of internal company documents is a thinly veiled political exercise that violates the company’s right to disagree with the climate change consensus. Moreover, Exxon claims that it does indeed recognize the consensus behind climate change and that it supports a carbon tax. [10]

As evidenced by this legal offensive against Exxon, the intersection between free speech and climate change is currently the ground zero site of conflict between the state AGs and Exxon. But what are the broader legal concepts at play here? The question comes down to whether Exxon’s disagreements with the consensus on climate change is an exercise in free speech or a fraudulent attempt to mislead the public.

An examination of a similar landmark lawsuit against the tobacco industry provides a legal foundation by which to examine the Exxon lawsuits. The key law that opponents of Exxon are using to charge them with fraud is the same one that was used against the tobacco industry: the 1970 Racketeer Influenced and Corrupt Organization Act, also known as RICO.[11] Although the law was originally used to tackle organized crime, the Department of Justice successfully used RICO to prosecute the tobacco industry in the 1990s.[12]The probes that resulted as a result of the investigation revealed that tobacco companies were purposefully lying to the public about the harmful effects of cigarette smoking. Similarly, climate advocates are encouraging an investigation under RICO not only to hold Exxon accountable, but also to learn more about the extent to which ExxonMobil knew about the harmful effects of climate change.

Critics contend that investigations into Exxon, however, are shamefully politically motivated and an assault on freedom of speech.[13] Supporters of Exxon argue that such lawsuits are intended to stifle well-merited scientific debate about the effects of climate change. Moreover, they argue that even if Exxon had fully acknowledged the harmful effects of the climate change, they still would have received financial support from the public and investors simply given how reliant society is on fossil fuels. [14]

These claims, however, largely miss the point that climate advocates make. There is very much a difference between a controversial expression of free speech and a deliberate attempt to mislead the public on a matter that is of vast importance to the livelihood of every individual. As the previous landmark lawsuits against the tobacco industry prove, there is legal precedent for prosecuting this kind of malicious corporate behavior. The Exxon lawsuit is not about stifling honest scientific debate; the evidence is clear that the debate about the reality of climate change has been over for a while now. Although it is unfortunate that climate change has been very much politicized in the United States, this lawsuit is not and should not be about scoring political points, but rather about fostering responsible corporate behavior and paving the way for bold action on climate change. Ultimately, it remains to be seen if the politics of the moment can be overcome to encourage more a more responsible discourse on climate change.

[4] US Department of Defense, “National Security Implications of Climate-Related Risks and a Changing Climate”, May 27th, 2015, http://archive.defense.gov/pubs/150724-congressional-report-on-national-implications-of-climate-change.pdf?source=govdelivery

← Should We Prioritize Sovereign States or American Victims? JASTA & FSIA
A Broken System: Resolving Our Faulty Approach to Funding Education →