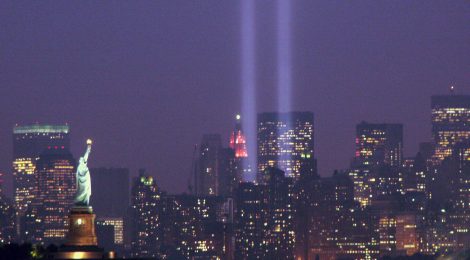 Should We Prioritize Sovereign States or American Victims? JASTA & FSIA

One of the largest hurdles faced by American lawmakers in the War on Terror is the issue of funding.  Terrorist groups receive monetary support from hundreds of sources that are nearly untraceable, and a significant portion of their funding comes from state sponsors. Eliminating that financial support could potentially hinder attacks all over the globe; however, many questions remain in analyzing the ability to prosecute such sponsors.  Legally, it is nearly impossible to prove sponsorship and, politically, it could destabilize already tenuous regions.  However, the prevention of attacks on American citizens depends on the U.S. leading the charge towards ending the flow of money from established entities to dangerous terrorist groups.  For that reason, legislation like the Foreign Sovereign Immunities Act of 1996 (FSIA) and the Justice Against Sponsors of Terrorism Act of 2016 (JASTA) is incredibly significant.  In enabling the prosecution of foreign sponsors of terrorism and mandating monetary restitution for victims, the U.S. demonstrates that it prioritizes the ability of Americans to fight for remuneration for their suffering.[1]  While the FSIA has thus far been relatively limited in its implementations, JASTA represents a bold new conception of prosecuting foreign powers that, while symbolic, could have dangerous consequences.

The Foreign Sovereign Immunities Act of 1976 governs all cases in domestic courts to which a foreign government is a party.[2]  Sovereign entities have, until recently, been immune from prosecution.  However, certain cases, including sponsorship of terrorism, are clear exceptions.  According to the Supreme Court decision Argentine Republic v. Amerada Hess Shipping Corp., FSIA is the only means through which a U.S. court may exercise jurisdiction over a foreign power, enabling American victims to sue implicated governments.[3]

Until recently, the FSIA was applied mostly to issues involving commercial contracts.  However, in 2003, the law was applied to state sponsored terrorism when victims of 9/11 sued Saudi Arabia based on evidence that individuals in the government had supported the terrorist group responsible for the attack, al-Qaeda.  In 2013, the 2nd Circuit Court of Appeals ruled that those victims had a right to sue Saudi Arabia.[4]  The ruling itself was contentious because it represented an infringement on the traditional concept of state sovereignty that protects foreign powers from prosecution in domestic courts.  No damages have been awarded yet, but the case will return to lower courts so that the victims can proceed to fight for remuneration.[5] The recent ruling under the FSIA demonstrates that the U.S. will not guarantee protection of sovereign immunity for allies or enemies if those states continue to disregard their ethical obligation to protect innocent lives through the use of financial disincentives.

The FSIA was amended in 2016 with the passage of the Justice Against Sponsors of Terrorism Act.  Although JASTA passed with overwhelming majorities in both the House and the Senate, President Obama vetoed the legislation on September 23rd. Congress overrode that veto five days later, again with an overwhelming majority.[6] JASTA further narrows sovereign immunity of foreign countries in giving the U.S. jurisdiction to respond in court to any act of international terrorism, including monetary support for terrorist groups. JASTA and the FSIA have similar intentions. However, the FSIA explicitly addresses violations of contractual law while JASTA is aimed exclusively at state sponsors of terrorism, which carries a symbolic importance that cannot be underestimated.

Because JASTA is such a new law, no cases have yet been heard, thus it is unclear what its ramifications will be. While opponents of the law have argued that it will eviscerate the concept of state sovereignty, the language of the bill is fairly narrow in scope.  The crime must be “an act of international terrorism in the United States” and the plaintiff must prove that a government or faction of a government was not simply negligent, but actively gave monetary aid to terrorist groups.[7]  As long as judges remain faithful to that standard, there should be no overwhelming concern that rulings rendered under JASTA will damage America’s geopolitical relations.

The larger question arises from the potential for rifts in international politics through the possibility of passage of similar laws in other nations that target America’s military tactics.[8]  Were that to happen, U.S. officials could face serious charges in overseas courts and the U.S. government could suddenly find itself unable to come to their defense given precedent set in U.S. law itself.[9]  Saudi Arabia, for instance, has already promised retaliatory laws and financial repercussions. That reaction is largely based on clause seven, which singles out “injur[ies] to a person, property, or business on or after September 11, 2001.”[10] Treating Middle Eastern allies such as Saudi Arabia with so much skepticism risks increasing the volatility of the region, which could enable terrorist groups to gain power through the instability.

Knowing these potential consequences, many leading congressmen acknowledge that their decision to override President Obama’s veto may have been rash. Although the overwhelming support for the bill speaks to its symbolic value, 28 senators acknowledged its significant drawbacks and, as a result, cosigned a letter to the bill’s sponsors arguing that the legislation could have benefited from substantive revisions.[11] Those corrections will hopefully be considered in the next session of Congress.

While JASTA as it is written now is a dangerous piece of legislation that casts fragile geopolitical relations in the hands of local judges and civil suit lawyers, it has the potential, given the necessary revisions, to become a powerful tool in the arsenal against state sponsored terrorism.  It could represent an enhanced commitment of the United States to provide its citizens with a feasible – albeit costly – manner through which to obtain remuneration for terrorist attacks.  Further, JASTA and the FSIA together could make the unequivocal statement to foreign powers that the United States will not tolerate the funding of terrorist organizations by its enemies, and certainly not by countries that it terms allies.

← Sexual Assault Legislation in the Aftermath of Brock Turner and Bill Cosby
Why Free Speech Does Not Include Denying Climate Change: A Legal Explanation →