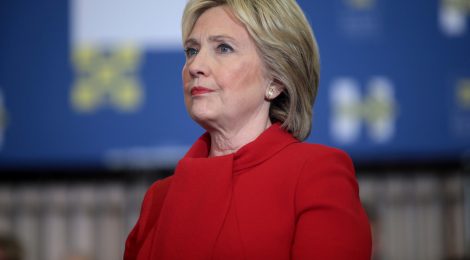 During a press conference in early July, James Comey, Director of the Federal Bureau of Investigation, recommended no charges for Hillary Clinton concerning “Emailgate”: the name given to the controversy surrounding her use of an unsecured personal email server while Secretary of State, possibly endangering classified information. At the close of Comey’s fifteen minute statement, he clarified that although Clinton would not be charged, anyone acting “in similar circumstances” would potentially be subjugated to “security or administrative sanctions.”[i]

The motley of outdated federal statutes and inconsistent case law applied to the Emailgate allegations has fueled intense public and legal interest. Clinton’s emails, however, have also brought to light the inadequacy of American jurisprudence in evaluating the handling of classified information, allowing for uneven prosecution and contradicting verdicts.

Besides arguably lesser concerns over federal record-keeping and public release of records (pertaining to the Freedom of Information Act and the 2009 Federal Records Act), the statutes that seem most damning for Clinton fall under the Espionage Act of 1917.[ii] One, a misdemeanor, is 18 U.S.C.A. § 1924(a), which states that “whoever[…]knowingly removes documents or materials [relating to the national defense] without authority and with the intent to retain such documents or materials at an unauthorized location shall be fined under this title or imprisoned for not more than one year, or both.”[iii] Another, a felony, is 18 U.S.C.A. § 793(f), which states that “whoever[…]through gross negligence permits [documents] relating to the national defense to be removed from [their] proper place of custody[…]shall be fined under this title or imprisoned not more than ten years, or both.”[iv]

Although seemingly straightforward, there is much debate as to whether or not these statutes should apply to Clinton. For one, it is unclear whether conducting email correspondence on a private server constitutes “remov[ing]” information. Secondly, although it has been determined by the FBI that over two thousand classified documents passed through her server, only 110 had been deemed classified at the time they were sent and received. Of these 110, only three had been marked as confidential, two of which were “mistakenly” marked confidential according to State Department spokesman John Kirby. All the classified emails had also been marked incorrectly with a “(c)” in the text of the email rather than an explicit marking in the heading.[v] As admitted by Comey, it is a “reasonable inference” that Clinton may not even have known they were classified.[vi]

However, legal analysts still puzzle over the applicability of The Espionage Act, a 99-year-old piece of legislation, to Clinton’s actions, as the Act was not created to punish administrative mishandling of classified information, but to address espionage during World War I. Steve Vladeck, Professor of Law at the University of Texas School of Law, explains in Slate that the Act has only been amended a “handful” of times and “not significantly since 1950,” rendering it clearly inept at addressing modern technological security concerns such as an unauthorized email server.[vii]

It is not only the obsoleteness of the Espionage Act that creates confusion, but also the vague wording of the Act. It repeatedly references “information relating to the national defense,” including the nebulous phrase, significantly for Clinton’s case, in 18 U.S.C.A § 793(f). Furthermore, the Act predates modern security classifications (“Confidential,” “Secret,” and “Top Secret”).[viii] As noted by Dan Abrams, Chief Legal Affairs anchor for ABC News, this imprecise allusion to national security means that prosecutors could argue that any number of Sensitive But Unclassified (SBU) emails would endanger the national defense and thereby charge anyone on those grounds alone, regardless of whether any classified information was endangered or not.[ix] It also means that influential officials such as Clinton could endanger classified information without being charged, if it is determined that they are not significantly harming national security interests. This double-standard was confirmed by Obama when he reacted to news of classified emails appearing on Clinton’s server with a cheeky response: “there’s classified, and then there’s classified” (emphasis added).[x]

The Supreme Court case Gorin v. United States (1941), which involved the Espionage Act and its use against Soviet Intelligence Agent Mihail Gorin, examined statute 18 US 793(a) of the Espionage Act. The Court established in a unanimous 8-0 opinion that the term “national defense” did not make the statute too ambiguous to prosecute under, because the “obvious delimiting words in the statute are those requiring intent…the sanctions apply only when scienter is established.”[xi] Although Comey has stated that Clinton acted with “extreme carelessness,” she would have failed the scienter (bad faith) requirement: as Comey conceded, Clinton may not even have known she had classified information in an unsecured place, much less have harbored it there in bad faith.[xii]

The Supreme Court decision, although clearly trying to elucidate the purpose of the Act, may have only made the legal waters murkier by introducing the very concept of scienter, a vague and arguably subjective requirement that could well leave room for selective enforcement.

This compounded ambiguity has led to a slew of contradicting verdicts when prosecuting under The Espionage Act. Some officials, including Secretaries of State Condoleezza Rice, John Kerry, and Colin Powell, operated private email addresses similar to Clinton’s and were not prosecuted. In 2012, however, Bryan Nishimura, a Naval Reserve Commander, was “fined $7500, placed on probation, forced to give up his security clearance and barred from applying for security clearance in the future” for bringing home classified documents and storing them on an unsecured server. He was charged under statute 18 U.S.C. § 1924(a) of The Espionage Act, captioned “Unauthorized removal and retention of classified documents or material,” the same statute Clinton would be charged under.[xiii] Also in 2012, Thomas Andrews Drake, former Senior Executive of the NSA, was indicted on five counts of “Willful Retention of National Defense Information” under statute 18 U.S.C. § 793(e) of the Espionage Act, entitled “Gathering, Transmitting or Losing Defense Information,” another statute under which Clinton could be charged for her alleged transgressions.[xiv]

The differing verdicts for similar crimes have been chalked up to many things by a speculating public and media: Drake was a whistleblower, for example, and many papers including the New Yorker and Baltimore Sun suggest the government wanted to punish him in whichever way they could. And perhaps the most popular sound bite circulating during the 2016 election is that influential, powerful officials such as Clinton are too important to be touched by the law, while relative nobodies like Nishimura are left to feel its heavy brunt.

Only one thing is for certain: without detailed laws created specifically to address modern handling of classified information, there will be no uniformity in convictions. Furthermore, without explicit delineation, officials will continue to handle information in “extremely careless” ways with no guarantee of being held accountable. As hacking and cybersecurity climb to the forefront of American national security policy, antiquated and unreliable methods of evaluating misuse of classified information will ultimately prove damning.

[i] James Comey, “Statement by FBI Director James B. Comey on the Investigation of Secretary Hillary Clinton’s Use of a Personal E-Mail System,” Federal Bureau of Investigation, July 5, 2016, https://www.fbi.gov/news/pressrel/press-releases/statement-by-fbi-director-james-b-comey-on-the-investigation-of-secretary-hillary-clinton2019s-use-of-a-personal-e-mail-system.

Dan Abrams, “Trump Is Wrong, Hillary Clinton Shouldn’t be Charged Based on What we Know Now,” LawNewz, March 2, 2016, http://lawnewz.com/high-profile/trump-is-wrong-hillary-clinton-shouldnt-be-charged-based-on-what-we-know-now/.

[ix] Abrams, “Trump Is Wrong, Hillary Clinton Shouldn’t be Charged Based on What we Know Now.”

← Employee Tip-Pooling: The Dynamic Between Federal Regulation and Courts
Sexual Assault Legislation in the Aftermath of Brock Turner and Bill Cosby →