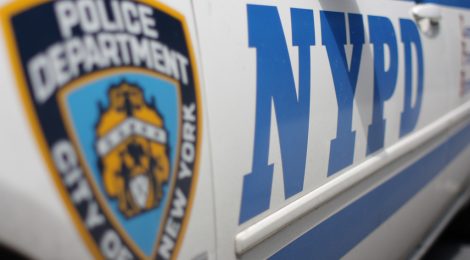 Recent incidents of police brutality and misconduct, such as those in Baton Rouge and Baltimore, have garnered national attention regarding the role of police in our lives. While the Fourth Amendment once protected “the right of the people to be secure in their persons, houses, papers, and effects, against unreasonable searches and seizures,” cases Utah v. Strieff, Terry v. Ohio, Herring v. US, and Davis v. US suggest that the amendment no longer serves to protect citizens against unlawful police conduct during searches.

In 1961, landmark Supreme Court case Mapp v. Ohio reinforced the Fourth Amendment by creating the “Exclusionary Rule”: a rule that holds if police violate an individual’s constitutional rights in order to obtain evidence, they cannot use the evidence, known as the “fruit of the poisonous tree,” against that individual.[i] But the amendment and rule have both been significantly weakened over the years: the Utah v. Strieff decision in particular is just one of many Supreme Court decisions that has created exceptions to the Fourth Amendment.

In June of 2016, the Supreme Court struck a blow to the Fourth Amendment in Utah v. Strieff, wherein an officer illegally searched a man named Edward Strieff after learning that he had an outstanding traffic warrant. Strieff was subsequently arrested for processing “drug paraphernalia” and a bag of methamphetamine on his person.[ii] Strieff appealed that they could not use the evidence against him, since it had been obtained in violation of the Fourth Amendment.

The Supreme Court ruled in a five-three majority opinion that the traffic warrant weakened the connection between the initial stop and the evidence seized, and that evidence obtained in violation of the Fourth Amendment’s protections should not be excluded when the costs of the exclusion are greater than its benefits. Justice Clarence Thomas, who delivered the majority opinion of the court, stated that the officer had made a “good faith mistake” and that the case was an “isolated instance of negligence.”[iii]

Justice Sonia Sotomayor, along with Justice Elena Kagan and Justice Ruth Bader Ginsburg, delivered the main dissent, asserting that the initial stop was calculated to procure more evidence and not “an intervening circumstance that attenuated the connection between misconduct and the discovery of evidence.” In a separate dissent, Justice Kagan stated that the discovery of the evidence was too closely connected to the unconstitutional investigatory stop to attenuate the connection. She continued, arguing that low-income communities would be more vulnerable to police misconduct as there may be more outstanding warrants for minor infractions.

The decision was unsurprising for the Supreme Court, which has a history of citing police misconduct as “isolated incidents” since Mapp v. Ohio; as a result, repercussions for such cases are often nonexistent. In Terry v. Ohio, police officers illegally searched and frisked a man named John W. Terry, finding weapons and indicting him on weapons charges. The Supreme Court decided that search was “reasonable” and the evidence obtained was therefore permissible under the Fourth Amendment. Similarly, in Herring v. US, an officer arrested Bennie Herring based on a warrant listed in the neighboring county, finding drugs and a gun; the warrant, however, had been recalled months earlier, and the Supreme Court concluded that when police mistakes leading to an unlawful search are the result of “isolated negligence” rather than “systemic error or reckless disregard of constitutional requirements”, the exclusionary rule did not apply according to the “good faith exception.”[iv] In Davis v. US, officers arrested a man for giving a false name but later indicted him on firearm charges, with the Supreme Court also holding that the exclusionary rule did not apply.

There appears to be a fine line between isolated negligence and systemic error. Although the Supreme Court continues to rule “isolated negligence,” each case included an non-coincidental, illegal search that was intended to procure evidence. Therefore, we cannot assume each case is an isolated incident, and even so, there is no incentive for police to improve upon these patterns of negligence. According to the Washington Post, “Internal discipline for these kinds of mistakes is nearly nonexistent.”[v] In 2003, a 57-year old woman in Harlem was killed after a police threw a stun grenade into her apartment during a mistaken raid;[vi] in 2014, an officer terrorized an innocent family after relying on a search warrant that didn’t specify which unit in a multi-family housing unit to be searched.[vii] If police action based on pure suspicion is justified by “good faith”, as the Supreme Court rulings seem to suggest, then it is likely that other unlawful police behaviors would be justified on the same account. As Justice Sotomayor said in her Utah v. Strieff dissent, such rulings allow for “the police to stop you on the street, demand your identification, and check it for outstanding traffic warrants — even if you are doing nothing wrong.”[viii]

Although the Utah v. Strieff ruling may seem small in the face of recent cases of police violence and brutality against civilians, such cases set precedents for further rulings on police misconduct. The justice system cannot overlook broad patterns of police brutality and misconduct and deem it unrelated to its handling of Fourth Amendment cases with impunity.