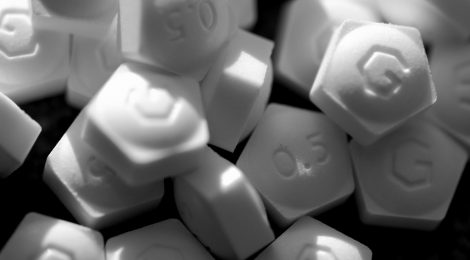 The Opiate Crisis: Shifting Discretion from Prosecution to Police

Over the past few years, America has been gripped by a national public health epidemic: addiction to opiates. Few are more familiar with the destruction caused by drug addiction than Gloucester, Massachusetts police chief Leonard Campanello; overdoses in Massachusetts increased by more than 200 percent between 2000 and 2014.[i] Gloucester, a seaside working-class town of thirty thousand located forty miles north of Boston, has been one of the hardest-hit communities in the state. There and throughout Massachusetts, arrests for possession, distribution, and other drug-related crimes such as theft and larceny have increased markedly over the past decade. Analyses of recent drug policies suggest that punishing offenders for being addicted without offering treatment does not make addiction disappear. Yet despite this data, and more widespread acceptance of addiction as a disease rather than a moral failing, policymakers have been slow to enact treatment-based solutions for opiate addiction.

After the fourth fatal overdose in Gloucester in a two-month period, Chief Campanello decided that the city needed to attempt a different approach. In June of 2015, he announced a new drug-offender policy, which he dubbed the Angel Program.[ii] Under the plan, any addict coming into a Gloucester police station and surrendering drugs and paraphernalia would be sent to a drug treatment facility instead of being arrested and charged with a crime. Since the program was first introduced, 452 addicts have participated in the Gloucester program, many from the local community but others from as far away as California, underscoring the notable dearth of compassionate treatment options nationwide.[iii]

The program, termed a Police Assisted Addiction and Recovery Initiative (PAARI), represents a pioneering and unprecedented approach in law enforcement. Gloucester’s initiative has earned national attention, and has subsequently been replicated in 112 other cities in twenty-eight states across the country. It is estimated that a combined total of more than two thousand addicts have been helped through the nation’s existing PAARI programs.[iv] Yet despite their clear success, there remain many questions regarding their legality. This invites a greater conversation regarding the role of police discretion and the legal complications of programs that grant immunity in certain drug crimes.

Jonathan Blodgett, the District Attorney of Essex County (in which Gloucester is located) wrote a letter to Chief Campanello last year, praising the program in general but also underscoring to the Chief that he does not have the legal authority to grant amnesty to people in possession of illegal drugs. “This isn’t about police discretion,” Blodgett said. “This is setting an across-the-board policy that says no one is going to be charged if they’re in possession of drugs, in violation of state law.” Notwithstanding his position that the program is illegal, Blodgett has not attempted to prosecute any of the addicts who have participated in the program, nor has he formally asked Chief Campanello to cease and desist.

In New York State, Onondaga County District Attorney William Fitzpatrick, who is the head of the National District Attorneys Association, also raised concerns about such programs diminishing prosecutorial discretion. “It’s the prosecutor’s job to see who’s eligible, who really needs treatment, and whether or not they should be prosecuted,” Fitzpatrick told NBC. “It’s not a cop’s job to determine whether somebody gets immunity.”[v]

Before PAARI programs came into existence, prosecutors could choose to divert people charged with drug offenses into treatment instead of sentencing them to jail time, often in exchange for a guilty plea, testimony against another defendant, or because the prosecutor believed it was in the state’s best interest to have a defendant complete a court-ordered treatment program. Now, however, it seems as if prosecutors are in certain circumstances voluntarily ceding that authority and discretion to police officers. PAARI programs in Vermont, New Jersey, and North Carolina[vi] are operating with the full support of their respective district attorneys. Chris Shook, a candidate for County Prosecutor in Licking County, New Jersey, has expressly stated that he will create a county-wide drug amnesty program if elected.[vii] The PAARI program in Broome County, New York, called Operation SAFE, was introduced not by a police department but by Steven Cornwell, the county’s District Attorney.[viii] All this suggests that prosecutors are increasingly willing to cede to police departments their discretion on whether certain offenders should be given amnesty, which contradicts Mr. Fitzpatrick’s suggestion that this discretion has been unjustly “stolen” from prosecutors. Even in places where PAARI programs have been created without the explicit support of the local district attorney’s office, no prosecutors or district attorneys have elected to shut down or even suspend any of the 112 programs that have been introduced during the past fifteen months.[ix]

None of the prosecutors who have introduced or supported PAARI programs have publically offered legal justifications. There is, however, legal precedent protecting a person’s right to receive immunity from prosecution by surrendering drugs to police. Six years ago, the New Jersey Court of Appeals, an intermediate appellate court, overturned the marijuana possession conviction of a man named Daniel Novak, who had surrendered his drugs to Sayreville police upon his arrest. In New Jersey v. Novak, the court ruled that convicting him after he gave up his drugs violated Novak’s right not to self-incriminate, which is protected by the Fifth Amendment of the United States Constitution[x]. Since Novak voluntarily surrendered the marijuana without any pressure from the officers, the judges ruled that he was entitled to the immunities against prosecution that were established in prior court cases. In their decision, they specifically referenced State of New Jersey v. Patton, a ruling by the New Jersey Supreme Court, the state’s highest appellate court. The Patton decision held that any person who “voluntarily delivers” a controlled substance to a law enforcement officer, without pressure or coercion from the officer, is entitled to transactional immunity from prosecution on the same Fifth-Amendment basis.[xi]. Because the ruling of the New Jersey Supreme Court was based partially on constitutional law, the Patton case sets what could be legal precedent in defense of PAARI programs if any were to be challenged in court, since it establishes immunity for willful surrender of drugs under the Fifth Amendment. To date, the United States Supreme Court has not ruled on whether those who surrender drugs to an officer are protected by the Fifth Amendment, but as PAARI programs continue to expand, it is likely that a ruling can be expected soon.
In sum, the opiate crisis has ushered in a new era of drug prosecution. Instead of punishments being determined by lawmakers and the court system, discretion is being granted to those who confront firsthand the impacts of the opioid epidemic: the officers who respond daily to overdoses and deaths. It seems as if the criminal justice system has come to an uncodified but increasingly widespread understanding that our current drug prosecution system is not only ineffective, but also that the role of police officers can extend beyond mere enforcement of existing laws. Despite some opposition from members of the legal community, widespread support from many prosecutors as well as noteworthy legal precedent bode well for the sustaining and expanding of such programs. Officers are among the people potentially most qualified to inform the legal system when current laws are not working, and this time the nation is listening.

[vii] Shook, Chris. “Overdose Amnesty Among Priorities if Elected.” The Newark Advocate. 20 May 2016.