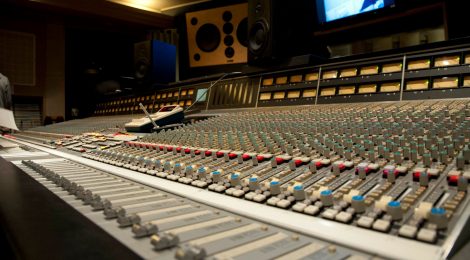 The Need to Update DMCA

In 2000, 738 million people used the Internet. In 2015, 738 million increased seven-fold to 3.2 billion Internet users.[i] In 1998, only 36 percent of Americans used the Internet. In 2016, 89 percent of Americans use the Internet.[ii] On October 28th, 1998, President Clinton signed the Digital Millennium Copyright Act into Title XVII of the United States Copyright Code to address copyright regulation in the emerging technological age.[iii] Almost twenty years later, in 2016, the number of changes to the archaic DMCA is zero.

The primary purpose of the DMCA is to protect content-owners from copyright infringement and allow safe-harbor for online service providers, like YouTube, Soundcloud, Google, and Facebook. Online service providers are not held liable for storing infringing content as long as they act “expeditiously to remove or disable access to infringing material identified in a formal order” and meet the qualifications outlined in Title II of the DMCA.[iv]

While the fundamental principles of the DMCA are sound, a nearly twenty-year old, digital media law is inevitably antiquated in the modern, fast-paced digital age, according to Lady Gaga, U2, Taylor Swift, and Billy Joel. In June 2016, several dozen prominent musicians signed an open letter to Congress condemning the vast proliferation of copyrighted content readily accessible on online service providers, specifically YouTube. While YouTube holds immunity under the safe-harbor protection of the DMCA, “[t]he existing laws threaten the continued viability of songwriters and recording artists to survive from the creation of music. Aspiring creators shouldn’t have to decide between making music and making a living.”[v] Therefore, to fulfill the purpose of protecting content-owners, the DMCA must be amended to actively monitor infringement and clarify what constitutes “fair use” for safe-harbor protection.

According to 512 (m) of the DMCA, online service providers are not required to actively monitor infringements and therefore may simply overlook blatant misuses of copyright.[vi] In Viacom International Inc. v YouTube Inc., the U.S. District Court for the Southern District of New York held that, under 512 (m), YouTube was not liable for 79,000 unlawfully uploaded Viacom clips. Even though YouTube could have easily located the infringing material, Judge Stanton ruled that “[k]nowledge of the prevalence of infringing activity, and welcoming it, does not itself forfeit the safe harbor.”[vii] However, by permitting online service providers’ knowledge of infringing activity and subsequent inaction, the DMCA unfairly protects the stolen content of infringing uploaders rather than the artistry and creativity of valid content-owners. While it would be unreasonable for the DMCA to require YouTube to identify and remove every infringing upload, it is reasonable for any facilitator of stolen content to be held accountable for infringing activity that is known and readily welcomed.

In addition to online service providers reaping the profits of stolen content, copyright owners misinterpret what constitutes lawfully uploaded content. Fair use in § 107 of the Copyright Act is defined by four factors: the purpose and character of the use, the prominence of the portion used in comparison to the whole copyrighted work, the nature of the use, and the effect of the use upon the copyrighted work’s value.[viii] On YouTube, once a copyright owner identifies infringing material, the owner notifies YouTube, which will subsequently remove the content. If applicable, the uploader may file a counter-notice verifying fair use. Provided that the copyright owner does not file a lawsuit, the content is reuploaded.[ix]

In Lenz v Universal Music Group, Universal Music Group misinterpreted fair use and wrongfully removed a 30-second video of Lenz’s 18-month old son pushing a stroller and dancing. In the background, Prince’s song “Let’s Go Crazy” was playing, recognizable but with poor sound quality. After Universal issued a DMCA notice and the content was removed from YouTube, the EFF and Lenz filed a counter-notice verifying fair use and Universal’s abuse of the DMCA.[x] The court held that Universal’s interpretation of misuse was unlawful as stated by presiding Judge Smith that– “[n]othing in Universal’s methodology considered the purpose and character of the use… or whether the use would have a significant impact on the market… Had Universal properly considered the statutory elements of fair use, there is no doubt that it would have concluded that Lenz’s use of Let’s Go Crazy was fair.”[xi]

Given this legal precedent, it is vital that copyright owners and YouTube are not overbroad in identifying copyright infringement and lawfully monitoring cases of fair use. Prior to filing a take-down notice, copyright owners and YouTube should train reviewers to comprehend the distinction between misuse and fair use–particularly that the infringing material must be the main focus of the uploaded content. By continuing to hold copyright owners liable for misinterpreting fair use, the DMCA addresses the need to protect valid content. However, the continuing abuse of large copyright owners who file unlawful DMCA notices proves problematic, given their obstruction of free speech and dismissal of the needs of small artists who lack the resources to monitor YouTube and handle litigation.[xii] With a clearer, more detailed definition of “fair use” followed by a rightful interpretation of its meaning, the DMCA can successfully protect lawfully uploaded content.

While appropriate for the digital age of twenty years ago, the DMCA, in the modern context, fails to strike a balance between enriching the public domain and defending the artistry of content-owners. The core principle of the DMCA is to protect creativity: a protection wholly necessary both then and now. But both the enforcement and the structure of the law require modernization to more adequately address the intensifying struggle between protecting creativity and preserving free speech. Due to an unchanging law and a rapidly advancing digital world, an artist from 2016 is not justly afforded the same protection from copyright infringement as an artist from 1998. Amendments are ready to be installed, and the outdated Digital Millennium Copyright Act is in dire need of an update.

← Why America’s New Patent System is Both Destructive and Unconstitutional
The Opiate Crisis: Shifting Discretion from Prosecution to Police →