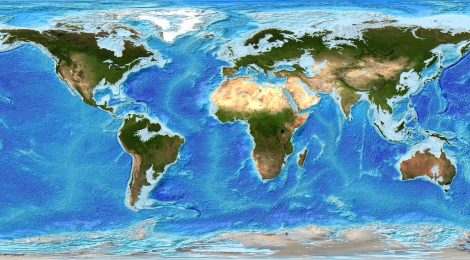 A controversial law in North Carolina, known as House Bill 819 (S.L. 2012-201), bans state and local agencies from basing its coastal policies on scientific models indicating an accelerating rise in sea level in favor of historical linear predictions. The law further mandates that the Coastal Resources Commission (CRC) and the Division of Coastal Management do not define sea-level change for regulatory purposes prior to July 1, 2016. Additionally, the law directs the CRC to refine its study no later than March 31, 2015 with a scope not to exceed 30 years.[1] While supporters of the bill argue sea level rise should be based upon historical trends and ask for additional scientific studies, ultimately, this bill ignores crucial scientific evidence and has the potential to harm North Carolinians on the coast.

House Bill 819 was drafted in response to a 2010 sea level report by the North Carolina Coastal Resource Commission (CRC). The study predicted a 39-inch shoreline rise in the next 100 years, putting approximately 2,000 miles of North Carolina’s coast underwater. The bill officially became law when Governor Beverly Purdue (D) declined to veto or sign the bill and allowed it to pass without her signature. As a result, the state is restricted from enacting any legislation related to sea level rise prior to July 1, 2016 when the updated 2015 CRC report is expected to be finalized in the second quarter of 2016. [2]

A main supporter of the bill, NC-20, is a partnership comprised of local businesses, government and homeowners in support of economic development in 20 coastal counties along the North Carolina coast.[3] Led by Tom Thompson, who denies the effect of climate change on the rise in sea level, NC-20 argued that North Carolina’s Coastal Resource Commission’s 2010 estimate of a 39-inch rise in sea level was flawed.[4] Thompson further argued the flawed prediction would result in immediate loss of property value, staggering insurance premiums, and limit development along the coast. He alleges that a bill banning the use of this prediction does not ignore science, but rather asks for additional studies to produce more accurate predictions. Refined predictions would enable state and local government to adequately plan for potential sea level rise effects while effectively regulating coastal development. State Rep. Pat McElraft (R), who initially drafted the bill, argued that the law is a “breather” and allows North Carolina four more years to refine its models to allow for more accurate predictions.[5]

Opponents argue that the law ignores scientific predictions of sea level rise in favor of economic gain. “We have serious sea level rise and we have a bill here that says the CRC can’t consider sea level rise while they are making their decisions,” said state Rep. Mary Price Harrison (D). The repercussions of North Carolina House Bill 819, should it extend beyond July 2016, could be devastating for the constituencies it intends to shield while opening up the potential for litigation in the event of disaster for failure of the government to properly protect its citizens. “By putting our heads in the sand literally, we are not helping property owners,” state Rep. Deborah Ross (D) told Reuters when the law was passed. “Ignorance is not bliss. It’s dangerous.” [6]

House Bill 819 provided a provision for additional time to study and refine sea level predictions. On March 31, 2015 the North Carolina Coastal Resources Commission Science Panel issued an update to the original 2010 Report. In the 2010 report, the commission stated that over the next 100 years sea levels will rise about 39 inches. The 2015 report concludes that sea level rise will range from 2 to 12 inches along the coast of North Carolina over the next 30 years[7]. The report also recommends an update every 5 years along with an expansion of monitoring to cover areas not previously measured.[8] Since it considers a shorter future time span, the updated 2015 report indicates sea level rise to be far less significant than the original 2010. Both reports, however, indicate that the North Carolina coast should anticipate and prepare for increased flooding. The revised findings in the 2015 report appear to be acceptable to some opponents of the original 2010 findings.[9] Heather Jarman, a lobbyist for Wilmington North Carolina developers, indicated her approval and explained that the updated findings encompassed both a scientific and “common-sense approach”.[10] Other opponents express a level of skepticism concerning the scientific methods employed although there is no suggestion that the commission tampered with their numbers to appease either side.[11] At issue to both supporters and opponents is how states and local government will utilize this new data to propose and implement legislation that addresses sea level rise.

As July 2016 approaches, House Bill 819 (SL 2012-201) is set to expire and the future of legislation in North Carolina regarding sea level changes is unclear. While the Coastal Resources Commission has not made any recommendations on what they plan to do with the information gathered in the 2015 report, all scenarios indicate that sea level will rise over the next 30 years. The attempt to constrain scientific studies does not mitigate risk to the coast. Rather, House Bill 819 delayed the use of science and technology that had the potential to aid constituencies that the government is supposed to protect.

← The Back Door to The New York Fed
United States v. Texas: Why Texas (and 25 Other States) Are Wrong About Immigration →