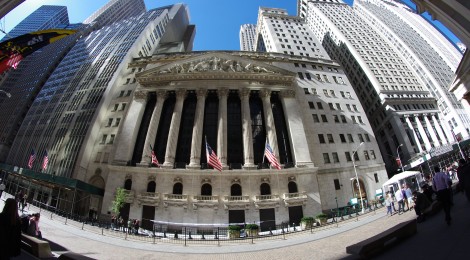 The Back Door to The New York Fed

Situated at 33 Liberty Street, covering a trapezium-shaped block in downtown New York City is the stately, fortress-like edifice of the New York Branch of the Federal Reserve Bank.  Within its walls the Fed studies and implements monetary policy and serves as the “lender of last resort”[1].  This building, constructed between 1919 and 1924, with its grand arched entryway and gold numbered windows staring across at One Chase Manhattan Plaza, has certainly seen its share of crises and secret deals over its more than 90 years of history.  In 2008, however, the building’s other entry, emptying out onto Maiden Lane, became linked to one of their biggest secrets ever.  Under the auspices of Section 13(3) of the Federal Reserve Act (the FRA)[2], Maiden Lane, the literal and figurative back door to the Fed, became the moniker for several deals used to quietly cover over $100 billion of bad bets by some of the largest finance houses in the world.  The ‘Maiden Lane Deals’ covertly broke historical limits on the powers granted to the Federal Reserve in Section 13(3), and, eventually, served as a catalyst for specific components of the 2010 Dodd-Frank Act aimed at the FRA.  While hundreds of the new rules imposed by Dodd-Frank have been implemented by the Fed since the crisis, it remains to be seen if the revisions to the Fed’s emergency lending powers in 13(3) prevent secret deals like Maiden Lane from happening at future times of crisis.

Section 13(3) of the FRA has been amended over the years to provide the Fed adequate powers to act as “Lender of Last Resort”, in the case of financial market crises.[3]  The legal authority derived from Section 13(3) is intended to be broad enough for the Fed to intervene in extreme situations that couldn’t be fully anticipated when the FRA was enacted in December 1913. Section 13(3) requires the approval of a 2/3 majority (5 out of 7 Governors) to establish an emergency lending program.  No additional oversight or approval is required.  This program has been sparingly used over the years to assist the Government in dealing with financial crises.[4]  Loans to non-bank institutions were considered during the Great Depression, in World War II, and during the Savings and Loan crisis in 1991.  In each of the cases, the lending programs were designed to be widely available for sectors of industry like small business (Great Depression), war industries (World War II), and the Federal Deposit Insurance Corporation (Savings and Loan Crisis).  Until the 2008 Financial Crisis, the powers were only approved twice: during the Depression and during World War II.  The power was not granted during the 1991 crisis, both the Fed Board and Congress refused.

The story of the ‘Maiden Lane Deals’ kicks off in the peak season of the global financial meltdown, on Sunday night, March 16, 2008.  JP Morgan, in a negotiation brokered by the New York Fed, quietly executed a deal to buy Bear Stearns at a 93% discount to the value that company held just two days earlier.  Even though this deal was orchestrated by the Fed, there was no formal notice to the public or congress about the $30 Billion funding the Fed provided as part of the agreement[5].  This first deal was called Maiden Lane, LLC, by the New York Fed, and would take years to discover and decode.

Eight months later that same year, with the financial crisis continuing, global insurance giant American International Group (AIG) and the government announced they had reached an all-encompassing $150 Billion bailout deal.  The November 10 AIG deal was obscurely announced in a Fed bulletin that contained a vague reference to two “additional lending facilities” that would provide $72.8 Billion of relief to “promote market stability”.[6]  The New York Fed named these two deals Maiden Lane II LLC, and Maiden Lane III LLC.  They too would take years to discover and decode.

Starting in 2010, Freedom of Information Act (FOIA) requests started to crack the walls around Maiden Lane. It soon became clear that the amounts provided by the Fed represented the full reimbursement for all the worst assets Bear Stearns and AIG had on their books.  Although the shareholders and employees of Bear Stearns got wiped out financially when the Fed created Maiden Lane I, JP Morgan made over $3 Billion in one night.

The Fed then used its power to reimburse 100% of the risky bets several global investment banks had knowingly gambled on with AIG. There was no disclosure of who received the payments and what amounts were paid.  Later, disclosures showed Fed payments were made to a handful of global investment banks, most of which are not even domiciled in the United States. While, shareholders, bondholders, and employees were left to the forces of the market, the global finance houses made over $72 Billion from Maiden Lanes II and III in one day.

Prior to the 2008 financial crisis, Congress did not anticipate this type of back door deal during the drafting and amending of the FRA.  Maiden Lanes I-III provided lending to facilitate deals with two specific companies, and under terms that are egregious by all accounts.  Following a barrage of complaints including Congressional hearings and even a lawsuit by the former Chairman of AIG, details have finally emerged.[7] The same global investment banks that were sophisticated enough in both cases to have sounded the alarm on Bear Stearns and AIG months before they collapsed were covertly bailed out fully by the Fed in 2008.  Either the Fed panicked, or their close ties to the major global financial houses led them to financially benefit a handful of the world’s largest banks at the risk of the US taxpayers.  Did the Fed carry out its duties, as stated in its November 2008 Press Release, to “promote market stability and protect the interests of the U.S.’s government and taxpayers”[8]?  Congress didn’t think so, and added several amendments in reaction to Maiden Lane as part of the 2010 Dodd-Frank Act.

The Fed finalized amendments to Section 13(3) on November 30, 2015 – eight years after the Maiden Lane deals.8  The changes consist of four main points:[9]

Congress and the Federal Reserve have now modified Section 13(3) to address the abuse of power experienced in the Maiden Lane deals.  These new requirements were designed to prevent a reappearance of figurative back-door Fed deals.  What remains to be seen are the new situations that may emerge.  Now that the Fed has to secure approval from the Executive Branch for future lending programs, it is more likely that egregious deals will not pass through undetected, and that future deals will entail less moral hazard? The new Section 13(3) seems to have permanently closed off the back door to the Fed’s emergency lending powers, but any visitor to downtown Manhattan can look and see there still is a large and sheltered entry to the New York Fed from Maiden Lane: the back door is still there.

← Bitcoin: A Catalyst in a Global Experiment
North Carolina Denies and Defies Science in House Bill 819 →