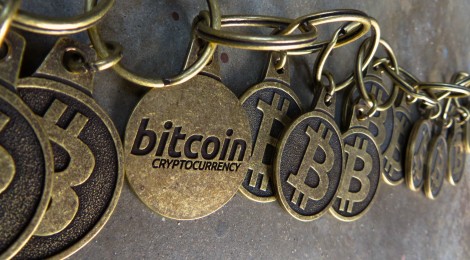 Bitcoin: A Catalyst in a Global Experiment

Austin Pennington / February 19, 2016 / Comments Off on Bitcoin: A Catalyst in a Global Experiment / Online, Spring 2016

From their inception, the technologies involved in the evolving world of cryptocurrencies were developed and used intentionally for illegal purposes. The Silk Road was an online hub utilized for the exploitation of such technologies; it was famously used to sell illegal goods worldwide to users sporting poetic pseudonyms and relying on a payment infrastructure involving Bitcoin as the digital currency.[1] The sensational stories around the brazen use of technology that simultaneously promotes heightened privacy and enables illegal activity, has captured the attention of the world. Ironically, though, we see the “real” financial systems looking more and more into the potential benefits the new technology offers, and experimenting as a result. In this process, state and federal laws and regulations are being evaluated, tested, and applied increasingly to try and normalize the evolving landscape, and create the air of legitimacy around these once illicit activities.

In October of 2015 the Congressional Research Service published their first full study of the issues raised by the technologies surrounding Bitcoin.[3] Authors addressed a number of legal and regulatory issues surrounding cryptocurrencies like Bitcoin, and the infrastructure they use. According to Article 1, Section 8 of the U.S. Constitution, only Congress is given the power, “to coin money, regulate the value thereof.” From this brief sentence fragment, the report explains, our country’s foundation of laws and regulations have been built over the centuries.[4] The action taken by the SEC in Federal Courts to get the Court system to declare that Bitcoin is money is the defining moment of cryptocurrency’s brief history.[5] The decision, SEC v. Shavers (2013) was seminal as it provides the basis of grounding digital currencies within existing US law. For example, contracts that now purchase and sell Bitcoin are investment contracts subject to federal securities laws.

The banking system has been gradually waking up to the realities of advances in technology and usage of digital currencies. In a February 2014 address to the Senate Banking Committee, Federal Reserve Chair Janet Yellen stated: “…there’s no intersection at all, in any way, between Bitcoin and the banks…” However, before the end of that year, an analysis was produced by the Federal Reserve classifying Bitcoin not simply as money, but, more importantly, as a payment system that provided additional functionality and complexity to the already shady world of digital currency.[6] The establishment was taking notice.

In the relative vacuum of legal framework surrounding this emerging technology, fragmented initiatives are underway. Proposed regulatory frameworks at the state level are being invented, including regulations to supervise and track virtual currencies and a model regulatory framework for state banking regulators.[7] All these efforts to balance safety and soundness are fueled by a desire to provide opportunities and support for innovation.

Yet, laws such as counterfeiting laws do not seem to apply to cryptocurrency. So far the payment system does not appear to be attacking the US currency system. In fact, there is only one example from case history that comes close to be applicable: a low-tech 2011 attempt to create a new currency to compete with the dollar.[7] Treating Bitcoin in accordance with the Stamp Act of 1862 so far seems to be off limits too. Although the system does look like “tokens” and are being used in lieu of lawful money, the Congressional Study concludes so far so good; the new digital currencies do not fit the laws there either. [8] Although Bitcoin involves the electronic transmission of payments, the Electronic Fund Transfer Act has been deemed to not apply, because the Act only covers transfers between financial institutions like banks and credit unions.[9] Can these payment systems like Bitcoin be included in our tax system somehow? Yes. Certainly the government wouldn’t forego the chance to include new sources of revenue by applying existing tax law to the new digital currency realm. The IRS issued guidance to treat digital currency like property, which means they are treated like assets and securities for all intents and purposes.[10] While common sense would suggest anti-money laundering laws must apply, the current requirements only work with “Money Services Businesses”, MSBs, that must register with the Department of Treasury. No Bitcoin operators willfully register, so AML (Anti-Money Laundering) laws must be revamped before they are effective in this new realm.[11] FINCEN (Financial Crimes Enforcement Network) has been working on this aspect for two years now, but only has tackled areas where ordinary payment systems interact with Bitcoin payment systems.[12] The Bitcoin providers’ arguments against FINCEN center on claims that the firms were operating exchanges under Federal Securities Act laws, not Bank Secrecy Act regulations.

Looming largest on the horizon is the impact these cryptocurrency payment systems may have on the capital markets globally, as well as the Federal Securities Laws that govern our markets in the United States. Since Bitcoin transactions are deemed securities contracts, the relevant aspects of the 1933 Securities Act govern already. The SEC has also sanctioned Bitcoin operators for not registering in accordance with the 1934 Securities Exchange Act.[13] The Commodity Futures Trading Commission has taken action against an attempt to trade options on Bitcoin currency and was able to define virtual currencies as “commodities”, resulting in the applicability of the Commodities Exchange Act.[14] What is clear is that securities and exchange regulators are taking notice. That’s a good thing, because the banks are now heavily involved and investing in the technology for use themselves, as part of an industry consortium led by a new company called R3. These investments simultaneously push banks to keep up with evolving markets and drive the economy forward in a new and expanding niche.[15] Things aren’t slowing down.

Janet Yellen is listening, and only less than two years after her initial proclamation, there is now a growing consensus from regulators about the increasingly complex intersection between Bitcoin and the banks.