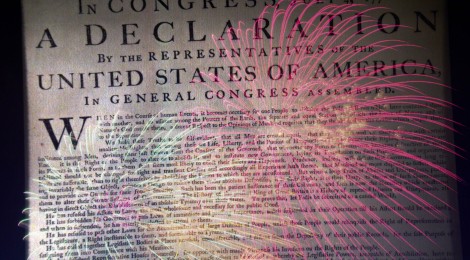 While the Declaration of Independence recognizes the unalienable rights of “life, liberty, and the pursuit of happiness” and the Constitution explicitly protects life and liberty, happiness goes unmentioned in the highest law of the land.[1] The Declaration has no standing in the legal system of the United States; nevertheless, the pursuit of happiness has an important role in American legal history, and is becoming increasingly significant internationally. Protections of the pursuit of happiness have been written into various state and national constitutions, and have even been cited in some of the United States’ Supreme Court’s landmark decisions on marriage. The emergence of legal protection for considerations of happiness, despite its omission in the supreme law of the land, demonstrates this right’s power in the American consciousness.

Although the explicit right to pursue happiness is absent from the Constitution of the United States, it was not forgotten at the state level. Less than a month prior to the signing of the Declaration of Independence, the Virginia Convention of Delegates adopted the Virginia Declaration of Rights, which included a guarantee of the inherent right to “the enjoyment of life and liberty… and pursuing and obtaining happiness and safety.”[2] These protections remain in place today in the state constitution. The Commonwealth of Massachusetts followed Virginia’s lead, including the term happiness in its own state constitution eight times and most notably protecting the unalienable rights of the people in “seeking and obtaining their happiness and safety.”[3] Further, more than 70 years after Jefferson included this famous phrase in the Declaration, these words remained in the forefront of American political thought. Wisconsin’s constitution, adopted in 1848, repeated the assurance of the inherent rights of “life, liberty, and the pursuit of happiness,” for its people.[4] These three states are the only states to explicitly recognize the right to pursue happiness as a fundamental right, but the application of the concept in American jurisprudence has not been confined within these states’ borders.

It was not until a 1923 decision that the United States Supreme Court recognized the pursuit of happiness at the national level when interpreting the Fourteenth Amendment’s protection of the right to liberty. In the case Meyer v. Nebraska, Robert Meyer, a schoolteacher, challenged the constitutionality of Nebraska’s Siman Act, which forbade education administered in a foreign language. In a 7-2 ruling, the Court found in favor of Meyer. Justice McReynolds, writing for the majority, found that the Fourteenth Amendment’s due process clause protects not only one’s freedom from restraint, but also one’s freedom to engage in contracts, to hold an occupation, to learn and gain knowledge, to marry and raise children, and to demonstrate faith and participate in religion.[5] He found that, in sum, these freedoms entitled one “generally to enjoy those privileges long recognized at common law as essential to the orderly pursuit of happiness by free men.”[6] When teaching a foreign language, Meyer was exercising his occupational and intellectual freedoms as defined by Justice McReynold’s decision, and in doing so, pursuing his happiness.

The Meyer precedent has held, and the right to pursue happiness has been central to two landmark decisions defining the constitutionality of marriage. Almost 50 years after Meyer, the case Loving v. Virginia reached the Supreme Court. This case challenged a Virginia statute that prohibited interracial marriages on the grounds that it violated the Fourteenth Amendment’s equal protection clause. In a 9-0 decision, the court found this prohibition unconstitutional. Chief Justice Warren echoed the Meyer precedent in his majority opinion, restating that right of freedom of marriage was “essential to the orderly pursuit of happiness by free men.”[7] The precedent set by Loving v. Virginia recently played a significant role in the Court’s majority opinion in Obergefell v Hodges, where, in a 5-4 ruling, the Court found bans on marriage for same-sex couples unconstitutional.[8] In the majority opinion, Justice Kennedy cited the court’s ruling in Loving v. Virginia because its precedent demonstrated that the Supreme Court has found a constitutional protection for the right to marry. While the right to the pursuit of happiness may not be stated outright in the Constitution, the Supreme Court has, and continues to recognize this right, and to protect the many freedoms it encompasses.

Even more broadly, the United States is not alone in recognizing a legal right to happiness. The recognitions of the “right to life, liberty and the pursuit of happiness,” in Japan’s 1946 Constitution[9] and the “right to pursue happiness” in South Korea’s 1948 Constitution[10] indicate that this protection was central to the development of democracies modeled on America’s own government in the post World War II period. But considerations of happiness as a right and as a policy concept have developed independently as well. The “Buen Vivir” movement is shaping the constitutions of South American countries including Bolivia and Ecuador. Buen Vivir, which means “good living”, is a holistic concept that emphasizes the attainment of well-being through harmony not only between people, but also between communities and nature.[11] These ideas were enshrined in the Constitution of Ecuador in 2008, and the Constitution of Bolivia in 2009. Ecuador’s Constitution articulates Buen Vivir as a series of rights, while the Bolivian Constitution offers a more interpretive approach, outlining the “search for a good life,” in the ethical and moral principles of the state.[12] These different approaches to Buen Vivir may act as comparative models for other countries in South America, and throughout the world, looking to integrate a right to well being into their own constitutions.

More than 200 years after Thomas Jefferson penned the words “pursuit of happiness,” this right has gained significant protections in American jurisprudence and international constitutional theory. This year the United Nations released its third World Happiness Report (in which the United States ranked 15th, Japan 46th, South Korea 47th, Ecuador 48th, and Bolivia 51st) to measure the happiness of member nations, and to encourage these countries to use this information to direct their own public policies.[13] Using happiness as the aim of public policy is not a new idea. In fact, to understand this perspective on governance, one must only look again to Thomas Jefferson who once wrote, “the care of human life and happiness, and not their destruction, is the first and only legitimate object of good government.”[14]

[1] The Declaration of Independence.

[2] The Virginia Declaration of Rights. Sec. 3.

[3] Constitution of the Commonwealth of Massachusetts. Part the First. Art. I.

← When Xenophobia Meets the Law: SB1070 to Today
Bitcoin: A Catalyst in a Global Experiment →