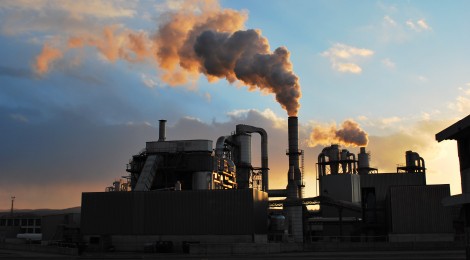 Despite President Obama’s desire to fight global warming, true change has been hard to come by. On the legislative front, efforts to work with Congress stalled with the failure of the 2009 Waxman-Markey bill that would have created a federal cap and trade program.[i] Since then, the Obama administration worked around Congress, using executive orders to enact a Climate Action Plan to reduce emissions and improve environmental quality across the United States[ii]. The legality of President Obama’s executive orders on climate change — particularly on new regulations for power plants — continues to prompt much debate and legal scrutiny.

A comprehensive plan to combat climate change must require policy aimed at reducing fossil fuel and coal emissions from power plants — the main source of carbon dioxide emissions in the United States. In an effort to do so, the Environmental Protection Agency (EPA) established new air pollution regulations aimed at reducing emissions by including “inside the fence” and “outside the fence” approaches.[iii] “Inside the fence” regulations refer to pollution rules that regulate how much a power plant can emit. In contrast, “outside the fence” regulations refer to how the EPA can encourage states to focus on renewable energy development as a means of curtailing carbon pollution. [iv] In June of 2014, the EPA introduced its Clean Power Plan[v]carbon emissions reduction plans for each state and allows each state one year to meet emission reductions goals.   If the state fails to come up with the necessary laws, the EPA will conduct their own investigation of a state’s emissions and come up with the policies that the state will then have to adopt in order to meet the emissions reduction target. [vi]

The introduction of “outside the fence” regulations and the EPA’s interaction with the states is at the heart of the legal controversy surrounding the EPA’s newest regulations. Critics argue that the EPA has overstepped its purview and that its regulations flagrantly disregard the Constitution. Leading Environmental Law scholar Laurence Tribe (and, embarrassingly enough, President Obama’s former law school mentor) spoke out against the EPA’s regulations. Claiming that the EPA regulations represent the wrong way to tackle climate change, he argued that the regulations are unconstitutional because they give states no choice in implementing energy plans.[vii] Supreme Court decisions such as the 2012 NFIB v. Sibelius, Tribe argues, clearly establish an “anti-commandeering principle” in American federalism.[viii] Deriving from the 10th amendment, the “anti-commandeering principle” posits that the federal government cannot force states to implement federal regulatory programs.[ix] As such, the EPA’s “cut emissions or else” diktat to the state is an overexertion of executive power that violates this principle. States, critics complain, do not have a choice on whether to decrease emissions and should a state refuse to come up with an emissions reduction plan the EPA will design their own and enforce it on the state. According to Tribe, if the federal government truly wants expansive regulations on both sides of the “fence” the President should return to Congress and get a law passed.[x]

Another point of contention in the EPA’s newest regulations is the requirement that new and existing power plants be outfitted with the latest carbon capture and sequestration (CCS) technology. As part of emissions reductions, the EPA mandates that companies and emission facilities utilize the best commercially available technology.[xi] This requirement has since been curtailed because the EPA conceded that CCS technology was not as commercially feasible as it had assumed.[xii] Although the EPA had referenced several power plants in the United States and Canada that utilize the technology now, critics pointed out that these power plants suffer extreme cost overruns and productivity inefficiency.[xiii] Although the EPA has retreated from enforcing this requirement now, they have stated that they reserve the right to bring it back when the technology becomes more commercially viable.

Advocates counter that critics are exaggerating concerns and that what the EPA is doing is perfectly legal. Although the EPA is crafting new regulations, they are not creating new laws but rather enforcing existing ones, namely the Clean Air Act of 1963. The EPA has justified its regulations under Section 111(d) of the 1963 Clean Air Act, which requires the EPA to develop regulations for “air pollution, which may endanger public health or welfare”.[xiv] Although critics have claimed that the EPA and President Obama have been trying to fit giant policies through very small legal holes, the Supreme Court has thrice sided with the EPA on this matter. In the landmark 2007 Massachusetts v EPA decision, the Supreme Court ruled that carbon dioxide is a pollutant and that the EPA is therefore required by law to regulate it as such.[xv] The court re-affirmed this interpretation in 2011 and in 2014 as well.[xvi] Moreover, advocates contend that the EPA rules do not reflect a breach of federalism because each state has the flexibility to come up with their own plan for how they are going to reduce emissions.

Some question whether the flexibility afforded to states in developing emissions reductions plans is truly consistent with federalism. Although states can currently implement their own cap-and-trade schemes as a way to reduce emissions most set the bar too low by federal standards and would need to changed or replaced. [xvii] There have been concerns raised about the legal ability for the EPA to declare a state-based emissions reduction plan as invalid and impose a federal plan instead — and whether that federal plan can make a state adopt a cap-and-trade market scheme as a part of an emissions reductions strategy. A close examination of the Clean Air Act reveals that the EPA can indeed require such a policy.[xviii] There are two statutes in the Clean Air Act that are relevant to the EPA’s ability to consider market schemes (such as cap-and-trade) as viable emission reduction policies: section 111(d) and section 110. Section 111(d) establishes the right of the EPA administrator to enforce a federal emissions reduction plan on a state that fails to come up with its own plan. Section 110 builds on the authority given to the EPA in section 111(d) and further stipulates what mechanisms are acceptable to achieve emissions reductions. Section 110 clearly says that each emissions reduction plan can “include enforceable emission limitations and other control measures, means, or techniques (including economic incentives such as a fees, marketable permits, and auction of emissions’ rights), as well as the schedules and timetables for compliance, as may be necessary or appropriate to meet the applicable requirements of this chapter.”[xix] As such, the EPA actually has a much wider scope of policy options that it can require states to adopt in order to meet their emissions reductions goal. [xx] The wide scope of policy options, however, should perhaps not be viewed as an overextension of federal authority but rather an opportunity for the EPA to work with states to choose from a variety of options to develop an emissions reductions plan that works best for each state.

As climate change continues to have a devastating impact on the global environment, attempts to avert catastrophe will intensify. The EPA’s regulations reflect not only an increased attempt to deal with the environmental problems caused by global warming, but also a reaction to stalled efforts in the legislative arena to draft new laws to deal with climate change. The newest regulations raise serious concerns about the legal applicability of previous environmental legislation, namely the Clean Air Act, to new environmental regulation programs. Although it is more likely that the EPA regulations are constitutional as a whole, much remains to be seen as future legal battles play out over the exact jurisdictional limits of the EPA.

← Religion Bias: How the Constitution Favors “Traditional” Religion
When Xenophobia Meets the Law: SB1070 to Today →