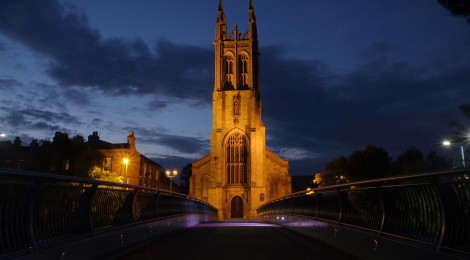 When our Founding Fathers ratified the First Amendment, prohibiting Congress from passing laws related to religious expression, religion was defined as the practice of a specific and classic ideological creed such as Puritanism, Lutheranism, Judaism or the like. At that time, few individuals had religions outside of these boundaries. Yet today, many individuals follow religious beliefs that do not fall into a clearly defined denomination. While these unorthodox religions may not center around a god or gods, they still falls within a central scholarly definition of religion, as defined by theologian Paul Tillich. Tillich defines religion as a set of practices and beliefs which express an individual’s “ultimate concern,” and his or her unique approach to the “Ground of Being,” around which that person orients his or her life.[1] In other words, Tillich considers the personal importance of a belief and its practices and what an individual deems sacred as the central quantifier of a religion. Groups of ethical practices that correspond to a set of staunchly held ideologies, such as ethical veganism, are religions under this definition, yet they are not protected under the Constitution. The Constitution and its interpretations have been adapted to fit multiple societal changes, but it has yet to adapt to the changed definition of religion. As a consequence, in the legal world today, a pervasive bias exists in favor of “classic” religions that restrict adherents of “unorthodox” religions to properly express their beliefs.

This issue was first brought to light in the Vietnam War when the United States government instituted a draft. Protest was common and many draftees possessed strong, ideological qualms with the war. The only objectors who were exempt from fighting were religious pacifists who were protected under the Military Selective Service Act of 1948. This act stated that an individual can only be exempt from the draft if his opposition stems from “religious training and belief.”[2] While this piece of legislation may seem in line with the American ideals of religious equality, it allowed certain pacifistic sets of beliefs to avoid war, while forcing other sets of beliefs to chose between prison, leaving the country, or participating in an act opposing their ideology.

This situation was brought to the courts when Daniel Seeger was denied a religious exemption from the Vietnam War. Seeger’s “religion,” which was the ideological root of his pacifism, was not based off of an abiding dogma like it was for the Amish and Mennonites. His opposition to war and his religion was based, in his words, on “belief in and devotion to goodness and virtue for their own sakes, and a religious faith in a purely ethical creed” that is formed “without belief in God, except in the remotest sense.” A trial court did not believe his set of beliefs qualified as a religion and accused him of draft-dodging. However, when Seeger appealed their ruling, the case went up to the Supreme Court which decided his beliefs qualified for religious exemption. While his ideology may not fit into the classic definition of religion, it was considered as such because it “occupied a place in [his] life…parallel to that filled by the orthodox belief in God.”[3]

The Seeger v. United States case pushed American law into the direction of religious equality between classical religions and sets of “religious” beliefs like Seeger’s. However, eight years after Seeger’s case, Chief Justice Warren Burger, in Wisconsin v. Yoder, wrote an opinion that increased the legal divide between classical religions and unorthodox religion. In this opinion, Berger brought up Thoreau, who “rejected the social values of his time,” and chose to live an isolated lifestyle at Walden Pond. The Chief Justice stated that Thoreau’s decision was based on a philosophical and personal reasons, and not religious reasons. He went on to write that from then on, beliefs like Thoreau’s would not “rise to the demands of the Religion Clauses,”[4] essentially reverting the legal definition of religion back to where it was before Seeger. This ruling represented a clear step away from allowing adherents of unorthodox religions to attain certain protected rights.

Burger’s ruling illustrated a pervasive legal bias that favors traditional religions against religions that are unorthodox and non-creedal, and unfortunately, this bias is still apparent today. For example, in 2009, an Illinois trucking company fired two Muslim truck drivers who refused to transport alcohol because of their religion. This past October, in a case entitled EEOC v. Star Transport Co., a jury awarded $240,000 to these two truckers because the trucking company violated their religious beliefs.[5] Based on Burger’s aforementioned opinion, it is doubtful that a similar result would have ensued if the employee strongly opposed transporting alcohol due to an ethical aversion held with religious-like fervor. Another recent case that recently made it to the Supreme Court is remarkably similar. In Equal Employment Opportunity Commission v. Abercrombie & Fitch Stores Inc., the court voted in favor of a young Muslim woman who was denied a job at the clothing store because she wore a hijab. Even though Abercrombie had a policy that banned its salespeople from wearing caps, the Court held that the clothing company was in the wrong as they used her hijab, and thus her religious belief, as a motivating factor for denying her a job.[6]

It is likely that the Supreme Court would have ruled differently if her religious connection to a garb was not based on a traditional ideology. The mentioned adherents to the traditional religion of Islam won not because of how important religion was in their life, but because their religion was well established and mainstream. A religion that was neither of those qualities would not and does not receive the same legal protection. In order to better serve adherents of unorthodox and non-prominent religion, I argue that the law should adhere more to the definition of theologians such as Paul Tillich who did not focus on the ideas of the supernatural and divine in their definitions of reality. Instead Tillich interpreted religion as one’s “ultimate concern,” essentially qualifying religion by the significance a single individual attributes to it.

It is necessary to remedy the inequality between classic and unorthodox religion because this inequality it has forced individuals to act in ways that are contrary to their religious beliefs. In 2000, Congress passed the Religious Land Use and Institutionalized Persons Act, commonly referred to as RLUIPA, which prohibits prisons from placing burdens on the religious practices of incarcerated individuals. For example, if a prisoner requests meat that is Kosher or Halal, the prison would be required to make those choices available. However, as shown with convicted murderer Paul Cortez, only certain religious dietary restrictions were included in RLUIPA. Cortez, citing his unwillingness to be a part of the violence involved in producing foods like meat, eggs, and dairy after witnessing so much violence in his life, decided to become vegan. Cortez claimed veganism as a religious practice, and thus desired protection under RLUIPA.[7] Based on the precedent set in Seeger, it seems plausible that Cortez had a case, but the prison denied his request, as it failed to be classified as a religion. The law should protect Cortez’s religious dietary restrictions as much as it would for a devout Muslim who only eats Halal food, but instead, Cortez was forced to eat food that his personal religion forbids.

It is unreasonable to think that every desire, inclination, and philosophy of every individual should be defined as religion and thus legally protected, as such a system would be easily abused. However, when it comes to fervently held ideologies that occupy the same space as classical religions, legislation should strive to protect them regardless if they stem from classical religious sources. The importance of Christianity to a Christian or Buddhism to a Buddhist is not necessarily any more important than veganism is to Cortez or pacifism was to Seeger. While it may not happen quickly, our nation’s laws should move towards the direction of granting religious protection in a more equal and fair manner.