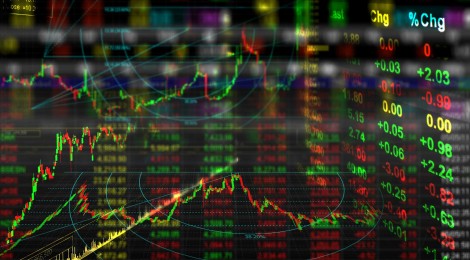 A Most Dangerous Game: Securities laws in the 21st century

Crises have plagued the U.S. financial markets consistently since their inception. In response, the U.S. government reacts to each crisis with regulatory introspection, analyzing what legal loopholes, gaps, or ambiguities allowed the recent crash, recession, or depression. In this way, the U.S. government has built a retrofitted financial-regulatory framework that has stabilized the markets since the Great Depression. In recent years, some market participants have thwarted financial regulation and its regulators in more sophisticated, potent ways, using 21st century technology to undermine 20th century regulation.

The backbone of 20th century securities laws rests on the principles of fair disclosure and fair treatment of all market participants. Securities reform grew steadily in swath and power starting in 1911, when in response to worthless securities sold under false pretenses, the state of Kansas enacted America’s first significant securities legislation, known as Blue-Sky laws.[1] Other states followed in subsequent years, and these Blue-Sky laws formed the foundation for building comprehensive regulation to protect retail investors across the country. During the Great Depression, the Securities Act of 1933 built on existing state Blue-Sky laws to prevent deceit in the initial sale of securities by requiring fair and honest disclosures about each new investment opportunity offered. Additionally, the Securities Exchange Act of 1934 established the Securities and Exchange Commission (SEC) to regulate secondary-market transactions and curb fraudulent behavior in the securities markets.[2] Together, these laws reactively dealt with the problems of deceptive sales practices and fraudulent behavior by broker/dealers selling securities.

To date, the Securities Acts of 1933 and 1934 have had wide-ranging impacts on buyers, sellers, and intermediaries in securities transactions. For example, the SEC established record penalties and criminal prosecution of investment bankers, lawyers, and traders that manipulated markets by using insider information in the 1980’s.[3] For nearly a century, this framework of federal and state laws and regulations has prevented the types of behavior and crises that marked the largely laissez-faire 19th and early 20th century markets. While the laws have created much progress, newer methods of market manipulation have been falling through gaps in oversight.

Many such methods, related to increasingly fast and automated trading practices, have caused financial crises consistently across the markets, before and after the 2008 Global Financial Crisis. In particular, a practice called “spoofing”, a method of manipulating market supply and demand information in specific securities that then distorts pricing, has become more sophisticated and widespread. Spoofing allegedly caused one well-known mini-crisis, known as the “Flash Crash” of 2010.[4] It took regulators six years of missteps and digging to find Navinder Sarao, the man allegedly responsible for manipulating markets with computer algorithm-enabled fake securities and commodities trades that caused wild swings across many instruments traded during the Flash Crash.[5] The Chicago Mercantile Exchange (CME) had noticed Sarao’s fake commodities trading activities as early as 2009, but the Commodity Futures Trading Commission (CFTC) took no action for years.[6] The SEC has taken several actions in past years to combat spoofers based on regulations derived from the ’34 Act.[7]  The CFTC, on the other hand, has prosecuted very few spoofing cases historically, and has had no rules under the Commodity Exchange Act to directly combat spoofing.[8] The US legal and regulatory framework needed a modernized set of rules to combat this increasingly disruptive practice across regulatory regimes for both securities and commodities trading.

In recent years, the U.S. has seen numerous attempts to modernize its regulatory framework and address its intrinsic weaknesses. One key feature of the 2010 Dodd-Frank Act is a specific ban over the practice of spoofing. For the first time, Section 747 of the Act grants the CFTC the power to crack down on suspected spoofers in the commodities markets.   Already, numerous actions are underway by the CFTC against alleged commodity spoofers since the regulation, including prosecution related to the 2010 Flash Crash. For both the SEC under Section 10b, and the CFTC under new Section 4c(a)(5), regulators must still prove scienter, or intent. [9] It must be noted however, that stupidity or reckless trading practices do not automatically constitute spoofing under the new rules. Moreover, many traders across the markets assert that placing and canceling orders, is not only frequently justified, but also plays an intrinsic role in the function of financial markets. Companies frequently have legitimate reasons to cancel many trades at once, often electronically, and therein lies part of the ambiguity. High-frequency traders, who supply a great deal of liquidity across the electronic financial markets, may legitimately cancel up to 90% of their orders as part of their strategies, putting them particularly at risk under the new regulations. [10] While the new rules provide the tools to combat spoofing directly and improve the integrity of the financial markets, if they are applied poorly, these new rules could also hurt liquidity by curbing legitimately fast and sophisticated trading strategies that are core to the markets. Modernization of the regulatory framework will have to continue as an iterative process.

Lawmakers and regulators must update securities market legislation as they learn about new and emerging threats in the financial markets. Regulators will have no respite while there remain gaps in regulatory jurisdiction, understanding, and consistency.   With more flash crashes sure to come, agencies will have to evolve with the times. The financial markets of today exist in a state of technologically induced constant flux, filled with capriciousness and blurred lines. If U.S. laws and U.S. regulators can’t move on with the times, America might very well see a resurgence of 19th century style financial panics, enabled by 20th century style regulation, woefully ill-equipped to handle 21st century trading.

← Abusing the Limitations of the First Amendment
Are Unpaid Internships Legal? →