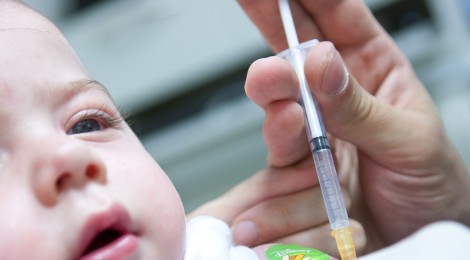 Personal Liberties and Public Safety: the Legality of Mandated Vaccines

What is the boundary between the safety and rights of the private individual and the public collective? This is the question at the center of the longstanding debate over vaccinations. A small but vocal minority of parents do not allow their children to be vaccinated, relying on “herd immunity,” which refers to de facto immunity to a disease despite not having been vaccinated against it due to high exposure to vaccinated individuals.[1] However, despite herd immunity, a number of outbreaks of these illnesses have called into question the legality of vaccination refusal. So far this year, one unvaccinated child is believed to have caused a large measles outbreak centered in California, and as a result, about one hundred and fifty children have been infected.[2] Similar outbreaks of other diseases (whooping cough, for example), widely believed to have been eradicated, have occurred in the past few years on similar or larger scales. Because the choice to deny vaccinations for one child can have serious health-related repercussions on the larger public, should parents be legally mandated to vaccinate their children? What rights do parents have to refuse vaccinations, and under what circumstances, if any?

The case of Jacobson v. Massachusetts decided in 1905, stands as the most significant lawsuit over vaccinations refusal in the United States to this day. Henning Jacobson, an immigrant and Cambridge resident, denied his government-mandated responsibility to receive a smallpox vaccine during a 1902 outbreak of the disease. He refused to pay a $5 fine on the basis that the vaccine mandate was a violation of both the federal and state level Constitution. The Supreme Court ruled against Jacobson 7-2; in Justice John Marshall Harlan’s decision, denying Jacobson’s interpretation of the Fourteenth Amendment, which would allow him to refuse a mandated vaccine. Harlan asserted that, with certain (and few) exceptions, the welfare of the collective population took precedent over the personal liberties of individual citizens, at least within the realm of health related concerns. These exceptions are typically classified as “philosophical,” “medical” and “religious.”[3] He also claimed that enforcement of vaccination policies was one manifestation of the state’s police powers, which are aimed to protect citizens’ safety and health. In short, the Court upheld the right of states to implement and enforce vaccination requirements through police powers, with exemptions (which did not apply to Jacobson).[4]

The Court’s permission to the government to regulate the implementation and use of vaccines has translated most commonly and primarily to public schools that require students to be vaccinated against certain illnesses. However, a number of states permit parents of students to apply for exemptions to these vaccination requirements. Those who argue against the use of vaccines – often labeled “anti-vaxxers” – typically believe that vaccines are an extension of a government conspiracy or, more commonly, medically harmful to their children. A number of since-discredited scientific studies have suggested a link between the measles, mumps, rubella vaccine to increased rates of autism. These studies have guided public perception of vaccines as potentially damaging to children’s health, despite continual affirmation from the scientific community that these negative perceptions are completely unfounded. Moreover, despite this opposition, the legal system nearly always rules in favor of the state regarding its right to enforce vaccination policies, even in the face of exceptional cases. In January 2015, the New York State Court of Appeals ruled against three New York City parents who claimed their children’s constitutional rights were violated when they were barred from attending public school following their (religious-based) exemptions from vaccination.[5]

As legal history shows, concern over one individual’s health and well-being are often the motivation for refusing vaccines. Consequently, the legal ambiguity over the responsibility to vaccinate often takes the form of the rights of one private person versus the rights of the collective, in context of the legal responsibility of the state to maintain and protect public health. Practically speaking, the purpose of a vaccine is twofold: both to protect the person who receives the vaccine, and to preserve the welfare of the community. Widespread use of exemptions to vaccine mandates jeopardizes the latter. However, those who oppose vaccines frequently invoke their stance in publicity campaigns as actualizations of their religious liberties and freedoms from cruel or unusual punishment, as outlined in the Constitution’s First and Eighth Amendments, respectively.

Moreover, the issue of the legality of mandated vaccinations is decidedly non-divisive along party lines. It is therefore difficult to mobilize members of one political party to pass a law either in favor of or against required immunizations and exemptions to it, especially because the topic is often framed as an issue of personal liberties. In cases involving vaccinations (or lack thereof), one individual’s assertion of their own corporeal personal liberty may violate his broader community’s collective right to safety and public health, as supervised by the state. This, of course, raises the broader question of whether someone is only entitled to their personal rights when they do not infringe on the rights of another. This notion predates vaccines, as British philosopher John Stuart Mill demonstrates in his work, On Liberty: “[T]he sole end for which mankind are warranted, individually or collectively, in interfering with the liberty of action of any of their number, is self-protection. That the only purpose for which power can be rightfully exercised over any member of a civilized community, against his will, is to prevent harm to others.”[6]

← Understanding NFL Disciplinary Authority in the context of Collective Bargaining: The Ray Rice Case
The Freedom to Print Your Own Gun →