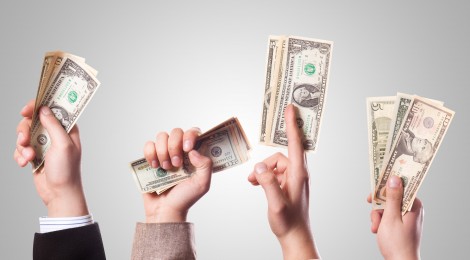 The United States Supreme Court has questioned the constitutionality of campaign finance laws since the 2010 decision of Citizen’s United v. the Federal Election Commission, in which the court ruled that campaign spending by corporations was protected under the first amendment. On January 20, 2015 the Court was faced with yet another question regarding campaign finance: Can states prohibit candidates for judgeships from soliciting campaign donations? This question has raised controversy on the federal level. So far, two circuit courts have issued rulings upholding state regulations of judicial campaign finance and four other courts ruled that there are some cases in which overregulation stifles free speech. Regardless of the outcome of the Supreme Court’s decision, the case of Williams Yulee v. the Florida Bar will affect at least some of the 39 states that hold elections for judicial offices. [[1]]

Opponents of Williams-Yulee’s stance believe that candidates for judgeships should not be able to receive campaign donations because funding could influence judicial rulings. While similar arguments are often made in the case of other elected officials, the difference here is that judges are expected to remain impartial and rule based on the law, not general will. According to a national poll conducted in 2001, 76% of voters believed that campaign contributions affect the rulings of judges.[3] This coercion theory is a concern shared by voters and legal professionals alike. According to the Florida Supreme Court that denied Williams-Yulee’s initial request, “the Canon is constitutional because it promotes the State’s compelling interests in preserving the integrity of the judiciary and maintaining the public’s confidence in an impartial judiciary, and that it is narrowly tailored to effectuate those interests”[4].

Williams-Yulee and her supporters question the constitutionality of prohibiting candidates from soliciting donations. Candidates and potential donors alike have raised First Amendment objections. The primary argument supporting campaign donations is that voters and corporations have a right to spend money to help candidates as a means of political speech. Donations to campaigns are often considered to be a protected form of political participation. In addition to giving donations, candidates argue that soliciting donations is also protected political speech under the First Amendment. Campaigning is expensive and donations provide a majority of the revenue required to fund most campaigns. Williams-Yulee argues that the Canon 7C(1) is discriminatory because it favors wealthy candidates and incumbents[5]. Her argument states that barring donation solicitation places the burdens of campaign finance solely on the candidate, which may discourage less wealthy candidates from pursuing office.

Proponents of Williams-Yulee’s case also argue that the law needs to be better tailored. Most states have laws that prohibit judges from soliciting donations from lawyers and law firms in order to maintain a nonbiased system, but Canon 7C(1) in Florida applies to any direct solicitation. Pincus, the attorney for Williams-Yulee, conceded that the first amendment could allow for some regulations on the basis of a coercion argument, but the scope of the law in Florida is too broad to be constitutional[6].   From this perspective, the Supreme Court could rule that there is spectrum on which solicitation of campaign donations can be regulated. The Court may decide that states cannot ban all forms of judicial solicitation, but can enforce regulations relating directly to judicial rulings such as solicitation of lawyers and court officials.

The ruling will have nationwide ramifications regardless if  the Supreme Court upholds or overturns the Florida Court’s decision, State courts in Arkansas, Florida, Maine, and Oregon have encountered cases regarding judicial campaign donations and ruled that regulations do not violate the First Amendment[7]. If the Supreme Court affirms a constitutional problem with the restrictions then the decisions of those state courts would be void and the subsequent elections that resulted from the ruling could be questioned. However, a ruling that broad regulation of judicial campaigning is constitutional could pave the way for stricter regulations nationwide.

← Stepping out of the Shadow of Mano Dura Policies
Understanding NFL Disciplinary Authority in the context of Collective Bargaining: The Ray Rice Case →