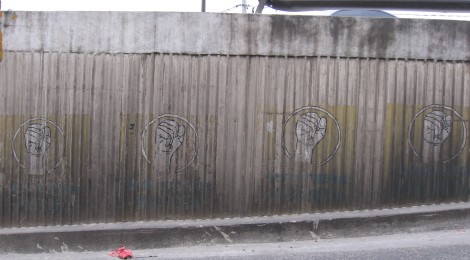 Stepping out of the Shadow of Mano Dura Policies

On January 5, 2015, Puerto Rican Governor Alejandro García Padilla began his third year in office by signing a series of reforms to the 2012 Penal Code.1 In what is perhaps the most relevant piece of legislation of the last six months, the Puerto Rican government has finally began the process of enacting new measures to handle the much maligned crime situation in the island.2 After several months of comprehensive analysis on empirical studies, comparative law examinations and the historic-legal background of Puerto Rico, the Permanent Joint Commission for the Revision of the Penal Code of the Legislative Assembly presented Project 1210 of the Senate and Project 2155 of the House of Representatives both with the purpose of “tempering the Penal Code to social realities and respond[ing] to the constitutional mandate of rehabilitation.”3 After a problematic legislative process a significant portion of the projects was approved on November 18, 2014.

Section 19 of Article IV of the Puerto Rican constitution states that: “The Commonwealth’s public policy shall be regulate penal institutions so that they … propitiate, the adequate treatment of offenders to make possible their social and moral rehabilitation”. 4 Nonetheless, during long periods of the Commonwealth’s history, this mandate has been blatantly ignored and substituted with punitive policy aimed at dissuading criminals and combating crime through sheer force. This has been especially true during the last two decades in which the policies of Mano Dura Contra el Crimen (Iron Fist against crime) have been the law of the land. The Mano Dura policies were established in 1993 during the administration of Governor Pedro Roselló as a response to the spike in murders,5 mostly drug trafficking related, which began in the 1990s due to the gradual collapse of the Puerto Rican economy and the growing demand for illicit narcotics from the United States’ mainland. The aforementioned policies included tougher sentences for criminals, a substantial increase in the ranks of the Puerto Rican Police Department, larger investment in weaponry and equipment, and selective deployment of the National Guard in “problematic” areas of the country.6

These policies have also been common in the past in many other Latin-American countries especially during the 1970s in countries like Argentina, Brazil and Chile. Yet despite their popularity, the 2013–2014 Regional Report on Human Development in Latin America of the United Nation’s Development Program deemed Mano Dura policies as a “failure” which must be set aside in place of democratic measures that pursue humane approaches to social problems that take into account human rights.7 The report also indicates that while the homicide rate in most regions of the world has decreased in the past decade, Latin America’s rate has increased by 11%. Also, robberies have tripled and in any given day over 460 people suffer from sexual violence. All of these problems have not been addressed by the current set of policies, but have been accentuated by long-term disregard for underlying problems such as economic inequality, lack of accessible education, political disenfranchisement and inadequate rehabilitation programs.8

In Puerto Rico the results have been the same. The most tangible consequence has been the steadfast increase in both the homicide rate as well as the number of police officers on the island. Since the beginning of the Mano Dura policies, there have been approximately 15,000 homicides,9 despite the fact that Puerto Rico has “the third highest number of police officers per capita in the world”10 due to an 86% increase in the size of the police force between 1992 and 2003.11

In addition to the costs of human life, the government’s approach to crime has produced several externalities. One of them is the overcrowding of prisons in Puerto Rico as evidenced by the necessity of the Puerto Rican Department of Correction and Rehabilitation to use private prisons in the United States to house inmates.12 The current policies have also lead to incredibly high relapse rate for criminals; about six of every ten inmates in Puerto Rico have been previously incarcerated,13 representing the inability of the correctional system to effectively assimilate ex-convicts into society. Furthermore, the economic costs of the Mano Dura policies are being felt now more than ever as a result of the financial troubles the island has been facing for almost a decade. According to Senator Miguel Pereira, it costs nearly 50,000 dollars14 a year to maintain an inmate in a Puerto Rican prison, which is nearly twice what the average Puerto Rican earns in wages.

The new reforms to the 2012 Penal Code give prerogative to rehabilitation rather than punishment. Penitentiary sentences are lowered in order to give way to new ways of reproving criminals that do not necessarily involve jail sentences. The new amendments to the Penal Code revise the purpose of the entire correctional system and adopt a legal framework that aims to base its verdicts on the merits of individual proceedings. Moreover, the scales of criminal punishment and the legal proceeding are reformed with the purpose of giving more power to judges to reach moderate yet adequate sentences.

Most importantly, these revisions give a new legal approach to crime, especially drug-related crimes. Approximately 80% crimes in Puerto Rico are drug-related,15 and 63% of those incarcerated are consumers of controlled substances. 16 The improvements to the Penal Code change the approach to drug crimes by significantly reducing sentences for possession of illicit substances and for crimes related to drug addiction.

Proportionality of punishment is another crucial aspect of this project. The new amendments rearticulate the scales for criminal punishment by reducing the amount of scales from fourteen to six more lenient and flexible scales. 17 Besides that, the new reforms also give judges the faculty of giving mixed rulings by choosing among several types of punishments that may or may not include prison.18 Another praiseworthy measure is the reinstatement of “Therapeutic restriction”as one alternative to incarceration in cases involving non-violent crimes, which condition the addicts’ liberties to their treatment and then gradually reincorporate them into society through education and labor training programs. 19

Yet despite the plaudits that the alterations to the Penal Code deserve, the project is far from perfect. First and foremost, many sentences still remain unchanged, among them second-degree murder and domiciliary robbery, which remain at 50 and 25 years respectively.20 Additionally, adultery remains a crime in Puerto Rico despite it already having its own set of implications in divorce cases in the Civil Code. In her closing remarks to the Senate, María de Lourdes Santiago fittingly declared that “the government should be devoting time to combating crime on the streets instead of monitoring what goes on in the citizen’s bedrooms, especially when the last time someone was prosecuted for adultery was in 1929.”21 A further fault of the project is that does not eliminate articles 98 through 101,22 which make abortion unlawful despite it being a fundamental right that was established by the 1973 US Supreme Court Ruling of Roe vs. Wade. Finally, discrimination based on sexual preferences is still not a crime. The omission of the amendment to article 180 of the Penal Code23 to include discrimination based on sexual orientation as a criminal offence goes against the progress made for the rights of the LGBTT community by Law 22 of 2013, which prohibits workplace discrimination based on sexual orientation.24

All in all, the new Penal Code is a good beginning to move Puerto Rican society away from the erred policies of Mano Dura. For the most part, the new Penal Code marks a change in the way crime is to be managed in the island. Many of the problems that plague the penitentiary system are dealt with in one way or another. Much needed emphasis has been put in rehabilitative measures and lenient sentencing, which if all goes well would reincorporate reformed human beings into society as opposed to stigmatizing criminals in the revolving door that the penal system has represented in the past twenty years. This not only meets the constitutional mandate of rehabilitation but also tackles the overcrowding problems in Puerto Rican prisons. From an economic perspective rehabilitation makes much more sense; the costs are much lower and the payoff has been evidenced to be higher than that off imprisonment. According to one study made in San Francisco jails, adopting rehabilitative policies “saved the taxpayers $4 dollars for every $1 spent.”25 Furthermore, treating convicts with the same respect we demand of them instead of marginalizing them sets an example that makes sense on a moral and humane point of view. The new Penal Code also restructures the legal system so that change can be achieved through more active judges, which up until now have only been assigned the burden of interpreting punishment as opposed to participating in the reformation of criminals.

Hopefully these will not be the only measures taken by the government to solve the island’s crisis. More reforms are still necessary within the Penal Code and in other fields so that citizens lose the incentive of partaking in criminal activity in the first place. A reduction and reeducation process within the police force, economic measures that eliminate the need of citizens to recur to illicit activity to make a living, and an overhaul of the education system are some of the other policies that should be produced to address the current crisis. The reforms to the Penal Code follow the right track; only time will tell if the necessary economic and social reforms will do so as well.