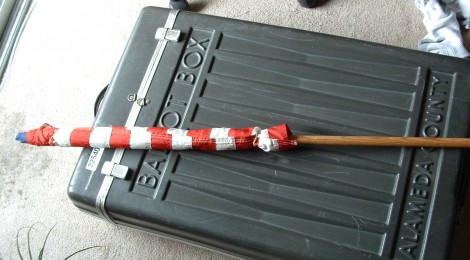 On October 18th, the Supreme Court decreed in a 6-3 decision that the state of Texas may implement its voter ID law: Senate Bill 14. As its name implies, the bill requires all eligible voters to bring photo identification with them to voting polls.[1] The Supreme Court upheld the law, despite a trial court previously striking down the law as purposefully prejudicial.[2] Although the law was ratified in 2011, this bill took its first effect during the 2014 midterm election.  The ratification of voter ID laws nearly always engenders controversy over the consequences of such laws’ implementation, most specifically their exaggerated effects on certain voter demographics. But what is the nature of the dialogue surrounding the Texas law in particular, and where do its opponents ground their arguments?

A number of surveys of many election cycles’ worth of data, in both Texas and nationwide demonstrate few incidences of proven voter fraud. At the federal level, between 2002 and 2005, 24 people pleaded guilty to or were prosecuted for illegal voting.[13] In examining election data from 2000 onwards, Arizona State University investigative journalism project News21 identified only one voter impersonation case for each fifteen million prospective voters.[14] Another study conducted by the New York University School of Law provides further evidence that voter fraud is virtually nonexistent, and that ballot errors and supposed cases of voter fraud are nearly almost attributed to poll workers.[15]

This is not the first time that challenges to voter ID laws have come to the Supreme Court. The current precedent was set in 2008 in Crawford v. Marion County Election Board case. In a 6-3 ruling, the Justices affirmed the constitutionality of the Marion County, Indiana law requiring voters to bring photo ID to polls. The majority opinion, written by Justice John Paul Stevens, asserted that obtaining a photo ID did not pose a significant burden to voters, and the restrictions were justified for protecting against voting fraud.[3] The case established groundwork for laws modeled on Marion County’s. Though the Indiana law was the first to appear in the Supreme Court, seventeen other states – nearly all in the Midwest or the South – have adopted variations of it over the past decade, which differ in their stringency.[4]

As seen in precedent cases, supporters of the voter ID laws generally believe that they will legitimize the voting process by decreasing voter fraud and speeding up the registration process.Requiring identification would make it check-in as simple as scanning the barcode on the back of the ID using automated systems. Some believe that the benefits of voter ID laws far outweigh the inconveniences done to individuals because the amount of voters the law would exclude is only small percentage in comparison to the law’s projected positive effect on voting efficiency. In Texas, Senate Bill 14’s requirements effectively bar 4.5% of all registered Texan voters from the polls, the majority of whom are not valid for a disability exemption, which requires state documentation.[5] The law includes handgun licensing as a permissible form of identification, yet excluded other costless forms of ID such as library cards and tribal identification card. [6] Given these restrictions, this law has become one of the strictest voter ID laws passed in the 21st century. Even other traditionally conservative states such as Mississippi and Alabama accept tribal ID cards as permissible proof of identification. By allowing this law to remain in effect during the midterm elections, the Supreme Court essentially upheld the constitutionality of voter ID laws.

Regardless of the motivation behind the ruling, opponents of the voter ID law believe that it is both unconstitutional and will drastically affect voter participation among minority groups and low-income voters. Groups such as the NAACP as well as the US Justice Department have displayed concerns that this ruling is a violation of the Voting Rights Act of 1965. The idea behind this is that many forms of state issued identification cost, which could be interpreted as a form of poll tax, prohibited by the Voting Rights Act. [7]

This issue was raised in a prompt dissent filed by Justice Ginsburg. She focused on its potential impact on voters: namely, the “potential magnitude of racially discriminatory voter disenfranchisement” that the law could cause.[10] Studies have confirmed that voter ID laws lopsidedly disenfranchise racial minorities and low-income voters. According to a study of voters in three states by researchers at American University, registered voters who lack photo identification – and therefore would be prohibited from voting in states with these laws – are overwhelmingly African-American, Hispanic, low-income, or some combination of the three.[8] Ginsburg also labeled it as an unconstitutional poll tax, a term that harkens back to the Jim Crow era in the Deep South; government officials purposefully installed unreasonably difficult barriers to keep certain minorities from exercising their right to vote.[11] As Ginsburg pointed out, no forms of ID that qualify as sufficient under the Texas law are free (which was also true in Marion County, as mentioned in the dissent for that case). Though disability exemptions can be obtained for free, only a fraction of that 4.5% is eligible for them. As a result, she asserts that it poses a burden onto certain segments of the population.[12]

Because of the typical liberal political affiliation of these demographics, some have also linked the proliferation of the concept of the threat of voter fraud to partisan politics. Democrats view the law as an attempt to curb the voter participation of minorities in order to assure the success of their Republican adversaries. This trend holds true on a national level as well as within Texas: a majority of the 4.5% of registered voters without photo ID in the state are Hispanic or African-American.[18] Even Richard Posner, a conservative-leaning U.S. Circuit Court judge, wrote that the laws appear to “discourage voting by persons likely to vote against the party responsible for imposing the burdens.”[17] On the other hand, Republican candidates believe that many Democrats only wanted to delay the law in order to further their own agenda when they later opposed it. Greg Abbott (R), the state Attorney General and recently elected governor of Texas “accused his adversaries of litigation gamesmanship in not seeking a preliminary injunction.”[16]

Though they continue to assert that there are no racial or political motivations behind voter ID laws, Republican legislators have yet to directly address the burden that these laws have been shown to place on minority voters. The convoluted nature of the specifics of the laws – for example, the types of identification that are acceptable – may also have an adverse impact on voter turnout, within the minority population and beyond it. In clearing Texas’ law, the Supreme Court has upheld one of the tightest voting restrictions in the country, and it is probable that other states or counties will follow suit as a result.

← Who Deserves Our Help?
The Dubious Legality of Responding to ISIL →