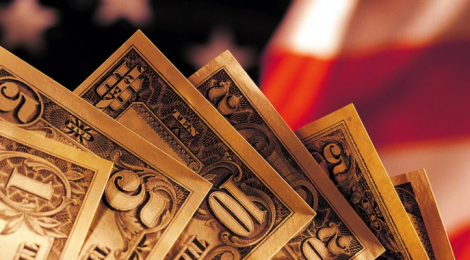 Donations in Politics: How much is too much?

On April 2, 2014 the Supreme Court decided, in a 5-4 ruling, that caps on donations to political parties were unconstitutional. This decision raises the underlying question about money and corruption in politics. While critics admonish the decision for allowing unlimited spending on the part of contributors, proponents admire it on the basis that it allows for free speech and increased participation in expressing individual sentiments in elections.

The case of McCutcheon v. the Federal Election Commission was brought by Shaun McCutcheon, a man from Alabama who was unable to contribute his desired amount to the Republican National Committee due to existing caps on individual spending. McCutcheon had donated approximately $33,000 to 16 candidates. He wanted to continue his support by contributing an additional $1776, which would have enabled him to support twelve additional candidates in the 2012 elections [1]. The case was initially argued on October 8, 2013 and was deliberated over the following six months until its recent resolution, decided in favor of McCutcheon, allowed for unlimited individual spending on political parties.

Critics of the decision claim that it undermines the Supreme Court decision of Buckley v. Valeo, 1976 decision that enabled Congress to place restrictions on campaign contributions on the basis that excessive donations could corrupt elections. The majority opinion in McCutcheon, authored by Chief Justice John Roberts, addresses Buckley in this way: “The right to participate in democracy through political contributions is protected by the First Amendment, but that right is not absolute. Congress may regulate campaign contributions to protect against corruption” [2]. Chief Justice Roberts voted in favor of McCutcheon, because he believed this case to be a first amendment issue in which an individual’s right to donate to a political party superseded fear of corruption.

While the McCutcheon ruling does allow for unlimited individual spending to political parties, unlike Buckley it does not completely negate the prior ruling, because Congress can still regulate contributions in order to protect against corruption.

The dissenting justices claimed that corruption is still prevalent and is the undoubted result of allowing individuals to donate unlimited amounts to political parties. The dissent, penned by Justice Stephen Breyer, expresses this by saying that the court made a grave mistake in overturning the previous ruling because it relies on the assumption that political parties are less susceptible to corruption than individual candidates. Justice Breyer’s text states that the decision, “understates the importance of protecting the political integrity of our governmental institutions” [2]. Justice Breyer and the other dissenting members of the Court believe that corruption is still a major aspect of campaign finance that needs regulating.

In recent years the partisanship of the court has seemed to subside with the highest dissenting percentage of 19% between two justices [3]. This means that even the most polarized members of the court only disagree 19% of the time. This observed trend of decreased partisanship is also supported by the fact that this court has delivered more unanimous (9-0) rulings than any other in recent history. But despite this observed decline in partisanship, the McCutcheon ruling seems to exemplify the opposite. In this case, the more traditionally conservative members of the court including Roberts, Scalia, Thomas, Kennedy and Alito voted in accordance with the majority side. The more traditionally liberal members, Breyer, Ginsberg, Sotomayor, and Kagan dissented strongly. The polarization of the court is indicative of the ambiguity of campaign finance laws.

The controversial triggers for this level of contention are primarily money and corruption. Aside from being a first amendment issue, the topic of limits on federal campaign donations also brings up the issue of corruption in politics and how money contributes to that. The real question at hand is whether or not increased income should be a limiting factor when contributing to campaigns. Though in this case the ruling was no, many people disagree with this decision arguing that people with less money cannot contribute as much so allowing donations would further skew politics in favor of the wealthy. In a time where socioeconomic status has been increasingly discussed as a pressing issue, the question of economic equality becomes more apparent in the larger scope of society as a whole. While the McCutcheon decision provides everyone the opportunity to send unlimited funds, it fails to acknowledge the limiting factor of income disparities. This ruling answers the question of campaign contribution for now, but it also showed stronger dissidence over economic equality.

← Bitcoin: Has this been tried before?
The Third Gender: Be Yourself, But Don’t Have Sex →