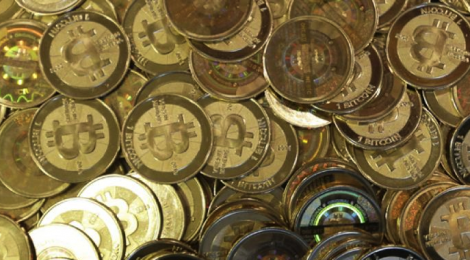 Bitcoin: Has this been tried before?

Bitcoin, the cryptocurrency that everyone is talking about, is taking the financial and technological world by storm. It was created in 2009 by a developer, whose pseudonym is Satoshi Nakamoto, but about whom virtually nothing is known – his nationality, his identity, or in fact, even whether he is a single person are all a mystery. Some believe that Bitcoin will completely revolutionize the world’s increasingly problematic monetary system. Others claim that it is not more than a passing trend – or worse, that it is an elaborate Ponzi scheme. Bitcoin is different from more established currencies in it that exists purely due to the trust of the people and their acceptance of it as currency , and isn’t backed by a central bank like the Federal Reserve. In light of this recent Bitcoin fad, it seems valuable to look at the legal history of two other alternative currencies and see how they fared.

Liberty Dollar was a currency created by Bernard von NotHaus in 1998 and used in circulation until 2009. Von NotHaus and others created, managed, and circulated minted currency, and created special regional offices that would offer special discounts to users of Liberty Dollars. In 2007, the court ruled that Liberty Dollars violated sections of 18 USC, which in part states that “Whoever, except as authorized by law, makes or utters or passes, or attempts to utter or pass, any coins of … metal…, intended for use as current money, whether in the resemblance of coins of the United States or of foreign countries, or of original design, shall be fined under this title or imprisoned.” The court also found Liberty Dollars had counterfeited the US currency by intentionally creating coins that resembled US coins, and by attempting to undermine the US currency system by intentionally creating a competing currency, constituting treason against the U.S. government. With his case currently under appeal, Mr. von NotHaus may face more than 20 years in prison for his crimes.

Liberty Reserve was a Costa Rica-based firm that created virtual currency known as LR, which, similar to Bitcoin, offered complete encryption and anonymity of transaction, making it impossible to track transaction once it had been completed. Liberty Reserve came to be renowned for its criminal usage, and was used to launder profits from nefarious activities such as child pornography, narcotics, and even weapons trafficking. In May 28, 2013, Liberty Reserve was indicted by U.S. prosecutors under charges of money laundering under 18 USC 1956-1957, and planning and operating an unlicensed money transfer business under 18 USC 371 and 1960). Preet Bharara, US Attorney of New York, claimed that “The merchants who accepted Liberty were overwhelmingly criminal in nature,” and reported that it had laundered more than $6 billion in criminal proceeds. Under the Patriot Act, Section 311, the US seized control over the Liberty Reserve domain name, as well as restricting activities in its 45 different accounts. The seizure, at the time, was referred to as “what may be the largest international money laundering case ever brought by the United States.” On October 31, 2013, Vladmir Katz, one of the founders of Liberty Reserve, pleaded guilty. On February 22, 2014, the Spain Court ruled to extradite Liberty Reserve’s other founder, Arthur Budovsky, to the United States.

Liberty Reserve bears a stronger resemblance to Bitcoin than the Liberty Dollar. Both Bitcoins and Liberty Reserves are encrypted, digital currency, and have been used for criminal activities – Silk Road, previously one of the biggest online seller for drugs, was run through Bitcoin, though it has since closed. But the key difference lies in that Liberty Reserve was a centralized firm with every intent of money laundering, the creators willingly and knowingly engaging in criminal activities. Bitcoin, on the other hand, isn’t so much of a company as it is a concept. Under complete decentralization, it is impossible to track who exactly is to blame if a similar criminal case broke in the Bitcoin universe. Unlike Liberty Reserve, it would be hard to indict Bitcoin itself under charges of money laundering.

Recent large-scale Bitcoin thefts, like the one at Mt. Gox, where Bitcoins worth $10 million were stolen from a virtual currency exchange, have shown the legal and security vulnerabilities of the currency. Bitcoin, like all property, is liable to theft – in this case, a cyber-theft. However, the question remains: does the fault lie with Bitcoin itself, or with other members of the ecosystem? As The Verge reports, “a company [referring to Mt. Gox] that does not notice $500 million being taken from right under its nose for several years, is simply a company that is not functioning properly.” As Evan Rose of Genesis, a Bitcoin ATM company, says, “The people running the systems right now are not necessarily business men,” Rose said. “For the most part, they’re people who came into this digital project without grasping the value or risk of it. The ecosystem is maturing, but it’s a little scary for everyone involved.”

A for its current legal status, there doesn’t seem to be consensus. While in the United States, the Internal Revenue Service recently claimed that Bitcoin is an asset like any other, the Chinese government has restricted the exchanges of Bitcoins for local currency. We can now only wait and watch and see how legal systems and members of the Bitcoin ecosystem respond to security and regulation concerns.

← Law and Order: ICC playing a dirty game?
Donations in Politics: How much is too much? →