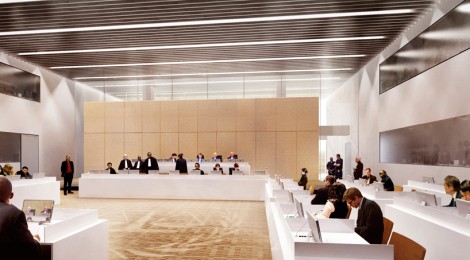 In recent years, the International Criminal Court (ICC) has come under fire regarding its prosecution practices for “crimes against humanity.” The court has four offenses under its jurisdictional purview: war crimes, genocide, crimes against humanity, and crimes of aggression; the charge of  “crime against humanity,” however, has been subjected to the most criticism and debate. Critics of this statute claim that it is incorrectly used as a political tool to influence the politics of African nations. In light of the fact that each defendant that the court has investigated thus far has been a prominent leader of an African nation, it is important that we understand the controversy surrounding the court and its practices in this area.

The ICC was established in 2002 under the Rome Statute to serve as a non-biased authority to prosecute high-level officials who are exempt from proceedings within their own nations [3]. As the principal international court, the ICC is obligated to hear any case brought to it by a state party or by the United Nations Security Council. There are currently 122 nations that have accepted the International Criminal Court as a judicial authority. Each of these nations has agreed to the definition of the aforementioned crimes as well as the imposed penalties for them, including crimes against humanity. Crimes against humanity are defined as heinous offenses committed as “part of a widespread or systematic attack directed against any civilian population” [5].The maximum sentence that can be imposed by the court is life imprisonment. That penalty, however, is reserved for only the most extreme cases and has yet to be issued. The harshest penalty imposed by the court, to this date, is the fourteen-year imprisonment sentence issued to Thomas Lubanga Dyilo of the Democratic Republic of the Congo, who was convicted of war crimes [1]. In most cases, charges often culminate in vacated sentences or disappearances of defendants. Although most sentences for crimes against humanity have been vacated, the ICC actively continues to prosecute and investigate those suspected of this crime.

Of the twenty-one cases and eight situations that have been heard or been investigated by the International Criminal Court, approximately eighteen have involved the charge of crimes against humanity [1]. Opponents of the ICC claim that this skewed ratio provides evidence that the court unfairly uses this statute as a trump charge used to tarnish the reputation of African leaders. Since the defendants are usually not convicted, the charges are generally viewed as a way of interrupting political sovereignty, a prime example of this being the case of Kenya’s president Uhuru Kenyatta. Kenyatta was indicted for crimes against humanity in 2011 after accusations were made that he incited violence while he held the office of Deputy Prime Minister of Kenya. Following the Kenyatta’s indictment, the International Criminal Court came under scrutiny for a perceived bias in the discretionary power of the prosecutors. Many Kenyans were enraged by these charges because the trial began during Kenyatta’s campaign and continued well into his presidency. In response to charges brought against their president, the Kenyan National Assembly passed a formal motion to secede from the court [2]. Since the court has vacated the trial, talk of withdrawal has become stagnant, but the stigma persists. Aden Duale, the majority leader of Kenya’s National Assembly has stated, “The sovereign state of Kenya, with a functioning judiciary, with a vibrant democracy, one of the best democracies in Africa, is under threat,” when asked about his opinion on the ICC’s intended trial against Kenyatta. [2] Duale’s statements indicate he believes that the International Criminal Court and its prosecution of crimes against humanity is evidence of targeted hostility toward certain nations.

In response to accusations of impropriety, the International Criminal Court has denied that any political motives affect its prosecution practices. In recent months, the ICC has attempted to debunk the negative perception by engaging in more high profile cases that emanated in other regions of the world. There have even been rumors of the possibe prosecution of Kim Jong Un, the leader of North Korea, for crimes against humanity. [4] Though the likelihood of a trial seems very slim, this would still be the first time that a leader of a non-African nation would be tried for this crime. Additionally, Ukraine’s parliament is lobbying for charges to be brought against Viktor Yanukovych, the former president, for his recent treatment of Ukrainian protestors. If either of these initiatives is successful, then the corresponding non-African trials would send the message that the court is capable of presiding over cases from any part of the world. While this could possibly help to alleviate some of the stigma associated with the ICC’s treatment of African leaders, going forward, the ICC should put greater focus on reaffirming the fact that the court exists to protect the interests of people everywhere, not to protect the interests of certain groups or nations.

What are crimes against humanity?. (n.d.). International Criminal Court. Retrieved February 20, 2014, from http://www.icc-cpi.int/en_menus/icc/about%20the%20court/frequently%20asked%20questions/Pages/12.aspx

← “Kids Will Be Kids”: A Legal Precedent?
Bitcoin: Has this been tried before? →