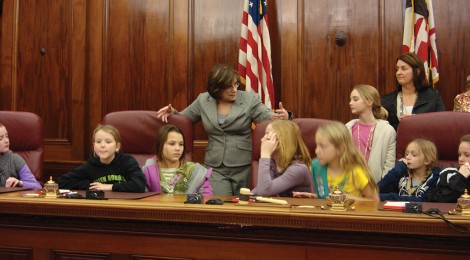 “Kids Will Be Kids”: A Legal Precedent?

Just how far does the idiom “kids will be kids” absolve children from legal responsibilities? A. Beck, a California Little League coach, is suing one of his former players for $600,000 in damages for pain, suffering, lost wages, and medical bills because the player threw his helmet in anger during a game, tearing Beck’s Achilles tendon. Those who sympathize with Beck feel that children are responsible for their actions, whatever the situation. However, comments on sports news websites indicate that members of the public believe that in given circumstances, children are free to be children, especially in settings such as Little League baseball games. Regardless of the public’s opinion, however, how does the defense “kids will be kids” hold up in court?

Torts refer to a body of rights, obligations, and remedies that is applied by courts in civil proceedings to provide relief for people who have suffered harm. A minor is responsible for his or her own torts; however, more lenient standards of intent or negligence may be applied.  In 2010, for example, the State Supreme Court in Manhattan held that a four and five year old were liable for running down an elderly woman while racing their bicycles with training wheels on a Manhattan sidewalk. The two children and their mothers were sued for negligence. One of their lawyers presented Camardo v. New York State (1928), which gave precedent that an infant under the age of four is conclusively presumed to be incapable of negligence. However, in this case, Justice Paul Wooton concluded that there was no evidence of the child’s lack of intelligence or maturity, or even anything to indicate that she could not have understood the danger of riding a bicycle into an elderly woman. Wooten denied the motion to dismiss the lawsuit, stating that whether or not Juliet was negligent is for the jury to decide.

However, in 1938, in the case of Tyler v. Weed, a six-year-old boy was hit by a car. When the family sued the driver, the driver contended that he was not at fault; rather, the young boy was negligent. His claim was overruled and the judge ruled that, in Michigan, children under the age of seven are incapable of negligence.

These cases show that with the very young, almost all courts acknowledge that there can be no liability for their actions. However, for a child between the age of four and fourteen, the answer becomes less clear. Some courts apply a “reasonable adult” standard for children; if they’re engaged in certain “adult” activities like riding a snowmobile, they can be treated as an adult in trial. By that logic, a training-wheeled bicycle and a Little League baseball game do not hold this reasonable adult standard. However, the distinction between activities that qualify for this subjective “adult” and those that do not is not always so clear.

In each of these cases, a child’s intent plays a major role in deciding the legitimacy of the case. In the case of Beck v. Paris, it is difficult for a lawyer to prove intent. Baseball is a contact sport. Bats, helmets, and balls will fly in a Little League game. Arguably, Beck signed on to coach a contact sport and all that that entails. In the upcoming trial, the judge’s ruling should help us understand to what extent children are liable for their actions.

Based on the precedence of numerous cases, according to the National Paralegal College, a child under the age of seven cannot be negligent. Between the ages of seven and fourteen there is a presumption that the child cannot be negligent. Between the ages of fourteen and twenty-one there is a rebuttable presumption that the child is capable of negligence. The Paris’ son is fourteen, a gray area of interpretation according to this standing. The outcome of Beck v. Paris has yet to be determined, but this case exposes a fundamental tension in drawing the age line for torts of minors.

← Whose Baby is It Anyway?
Law and Order: ICC playing a dirty game? →