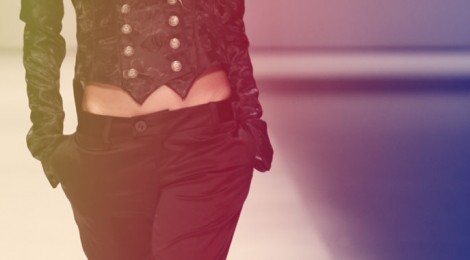 How Skinny is Too Skinny?

We all look at magazines thinking, “I bet she doesn’t even look like that in real life.” We criticize magazines for distorting our perception of what a normal woman’s body looks like. But should this warrant a new law?

In Israel, the recent “Photoshop law” aims to prevent fashion models from losing weight to the detriment of their health for the sake of their careers. As of January 1 2013, models in Israel are required to have a doctor’s certificate that shows they have a body mass index higher than 18.5. (In comparison, the normal BMI range for a woman in her 20s is 18.5-24.9 and the average BMI of an Israeli woman is 26.7.) This makes Israel the first country to pass legislation effectively banning underweight models from advertisements and publications. The new law is accredited to fashion photographer Adi Barkan and Israeli politician Dr. Rachel Adato who hope it will promote a healthier body image to Israeli citizens. “Beautiful is not underweight,” Adato told Reuters, “Beautiful should not be anorexic.” In addition to the ban on underweight models, publications will now have to state when images have been digitally altered to make models appear thinner. Some such as Yomi Abiola, a Columbia University alumna as well as an international supermodel, believe that this law is a step in the right direction. In reality, though, the problems are much deeper as “eating disorders and female body image are beyond a number on the body mass index,” she said in an email to Relaxnews.

While the Israeli law is more extreme, using government intervention to send a message about body issues is not unique to Israel. In 2008, the French National Assembly approved a bill that would make it illegal for anyone including fashion magazines, advertisers and websites to publicly incite extreme thinness. It would give judges the power to imprison and fine offenders up to the equivalent of $47,000 if found guilty of “inciting others to deprive themselves of food” to an “excessive” degree. In 2006, Spain banned ultra-thin models from the catwalks after Uruguayan model Luisel Ramos died during a show in Montevideo. Now, the Madrid Fashion Show and Milan Fashion week ban women whose BMI are below 18 or 18.5 respectively.

While Israel, France, and Spain passed legislation to combat extreme thinness, other countries choose to pursue less controversial means. The United States and Britain have “guidelines” for models, but the fashion industry is largely self-regulated. Steven Kolb, chief executive of the Counsel of Fashion Designers of America, feels that the government should not intervene with how someone looks. Kolb and the CFDA aim to provide healthy environments for models based on recommendations from nutritionists, eating disorder specialists and fitness trainers. “We never had an approach of mandate or enforce,” he said. “We create awareness and education.”

Shai Avital, owner and CEO of Elite Israel, one of the most successful fashion model agencies in Israel, echoes Steven Kolb’s view claiming that the Israeli law is unnecessary. “The law disregards the fact that some models are thin due to genetics and nothing they would do would increase their BMI to the legally accepted level,” Avital said. “This law ends now their careers. Israel is today the only country where a body weight legal control is in effect and this is not necessarily something to be proud of.”

Clearly the fashion industry is driven by the pressing notion that thin is beautiful. This has been taken far beyond healthy standards and has influenced society to alter their views of media as well as themselves. While government intervention is a controversial approach, Israel’s law has inspired change around the globe. While the direct effects are not yet clear, the controversy has succeeded in sparking discussion about anorexia and it will hopefully evoke a significant change in the culture that surrounds models and body image in both Israel and the rest of the world.

← Educating Girls in Pakistan
Tech Patents: Rotten to the Core →