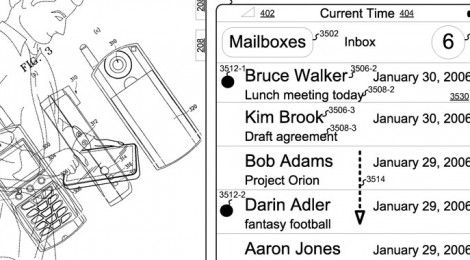 Tech Patents: Rotten to the Core

On August 24, 2012, a San Francisco jury, after just two and a half days of deliberation, settled the widely debated Apple v. Samsung lawsuit – and, shockingly, decided completely in favor of Apple, ruling that Samsung owed Apple $1.05 billion for its infringement on Apple’s patents. The jury found Samsung responsible for having infringed upon all of Apple’s claimed patents – including design patents, most significantly the rounded rectangle and the placement of icons on the home page, and utility patents, patents that cover functionality, such as the multi-touch functionality of pinch to zoom. However, the trial is not over – as recently as March 1, 2013, the award was decreased significantly to $598 million. It will take a long time before the final verdict is reached, and until then, Apple will not gain a cent of the money. Yet there is no denying the significance of this verdict – which is that it once again illustrates the prominent flaws within the current U.S. patent system.

Jonathan Lethem, in his essay “The Ecstasy of Influence,” defines patents as “an ongoing social negotiation, tenuously forged, endlessly revised, and imperfect in its every incarnation.”  Thomas Jefferson, the creator of the patent office, called patents a necessary evil, a dual-sided sword. He feared patents for their potential to create a monopoly, but admitted their power to “promote the Progress of Science and useful Arts, by securing for limited times to authors and inventors the exclusive right to their respective writings and discoveries.”  For a while, patents were effective in their original purpose of promoting innovation. But the patent law of the times did not anticipate the digital age, in which a seemingly new technology is developed at a weekly, or even a daily, basis: Apple applies for about 30 patents per week.

Richard Posner, noted American jurist and scholar who famously dismissed the Apple v. Motorola trial, fears that the patent laws have gone too far, and that there are too many needless and unworthy patents today.  Patent law is most effective in industries where research and innovation can be extremely costly and protracted, such as pharmaceutical companies. Posner argues that technological patents are needless for three reasons: the technological innovations are not costly, their development already gives them a comparative advantage, and they are quickly superseded. Most of the technological patents are improvements of the existing technologies, and such innovations are a natural part of market competition that works just as well without a patent. Yet the proliferation of patents creates a winner-take-all “patent race,” in which excessive money is placed into research and development, and the cost (and the risk involved) far outweighs the benefits.

The U.S. Patent and Trademark Office states that the three major requirements for a patent are novelty, non-obviousness, and usefulness.  The novel condition represents the uniqueness of the patent. The second condition, non-obviousness, means that the patent is neither an extension nor a re-application of an existing patent. The last condition of usefulness calls for patents to be reasonable and grounded in reality. But there is almost nothing novel or non-obvious about a rounded rectangle, nor can any of the three factors be found in scrolling screens or pinching-to-zoom functionality. The officers, busy inspecting the technological complexities involved in the patent, ignore the fact that the patents themselves are overly broad or grounded in common sense, rather than technological innovation.

Simon Phipps of Infoworld puts it best when he questions, “How on earth did Apple get awarded these patents? They’re patents on ideas, such as gestures that give commands like “zoom,” visual norms for illustrating software status, and design ideas for rounded corners on icons and devices. Pinch-to-zoom is not a technology. It’s a gesture — a concept.”  Consider Apple’s page-turn patent: with this patent, Apple now owns the exclusive rights to the hand-swiping action that lets you flip a virtual page. The implications of this patent are much more serious than what the harmless overlook suggest. This, again, shows a fundamental problem with Apple’s patents — it is patenting abstract concepts that have existed for millennia. By patenting the page turn, Apple is trying to gain an unfair advantage in all sorts of digital markets, most notably e-book readers. Detecting the swiping hand movement and making it correspond to the page turn must have taken substantial effort on the part of Apple, but to patent what has been in use for ages is a type of cheating that tries to monopolize a concept that doesn’t belong to it.

The New Yorker’s James Surowski states “ideas are the source of our competitive strength. Fair enough. But you don’t compete by outlawing your competition.” He gives an example of The Sun, which is seen as a direct parallel to the current smartphone war. The Sun, created by Benjamin Day, revolutionized the newspaper business, by creating a business model that depended more on advertisements than on subscriptions. The Sun also only cost a penny each, whereas standard newspapers cost 6 to 7 times more. But by not patenting this new business model, The Sun allowed room for competitors, such as The Herald, which imitated The Sun’s concept. By allowing competition, Day created a flourishing market where papers would compete with each other and improve, lowering price while increasing quality. Like The Sun, Apple has succeeded in creating a whole new business market. However, they have followed a totally different approach: as seen in the case of the page-turn patent, Apple is trying to monopolize the digital market.

Rumors abound that Apple is coming up with a new iWatch, a supposedly “revolutionary” device that is set to incorporate smartphones and watches. Yet just weeks after the rumor surfaced, Samsung announced its own model of “smart-watches” – once again provoking a fandom war between two sides over Samsung’s alleged plagiarism of Apple’s idea. But the fans of both sides should realize that the U.S. patent system is inherently ill-equipped with deal with technological patents, and instead embrace the fact that plagiarism is what making the digital industry thrive.

← How Skinny is Too Skinny?
Die Another Day →