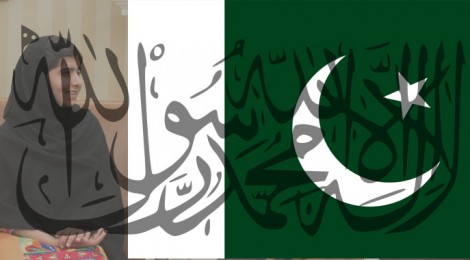 On October 9, 2012, Malala Yousafzai, an educational activist, was shot by a member of the Taliban for attending school in Pakistan’s rural Swat Valley. The Taliban declared educating girls illegal according to the group’s interpretation of Shariah (Islamic law). While the territory in which the Taliban operate is inside Pakistan, the terrorist group’s laws and customs disregard Pakistan’s constitutional and legal system. This poses a serious and unprecedented threat to Pakistan’s law of the land and tests the central government’s ability to respond to such legal challenges.

In many areas in the Northwest Frontier Province, where Malala was targeted, girls are deprived of a suitable education. Quasi-religious laws are enforced to keep girls out of schools and virtually out of public life. The Taliban in these areas actively promote a strict interpretation of Shariah law where the government has failed to check abuses of freedom. This has destabilized the political situation in the war-torn areas. Women have been severely affected by the infiltration of the Taliban’s ideology and the imposition of their own legal system.

The current constitution of Pakistan mandates that children attend school from when they are five years old to their sixteenth birthday, and that the government must provide free public schools to that end. With this implemented, no child in this age group should be denied the right to education. However, the reality is far from what is written and dictated by law. In Pakistan today, the youth literacy rate is 61% for females, as opposed to 79% for males. These statistics are exacerbated by socioeconomic problems that continue to hinder girls from receiving a proper education equal to that of their male counterparts.

One of the major problems is defining actual legislation at the federal level that empowers women to defend their social and economic rights, including the right to education. If laws reflecting women’s empowerment are signed into law, implementation can occur. That would be the primary step to take in reforming the attempts at procuring women’s education. Without any legal framework to use, there simply cannot be any implementation to defend constitutional ordinances. In addition, strengthening the authority of courts in the countryside would be a major step to achieve women’s equality in the arena of education. Cultural norms may be observed in areas such as the Swat Valley, but the enactment of legislation necessitates action and observance of the law.

The fundamental controversy stems from the Taliban’s insistence on a legal program that ignores Pakistani law on Pakistani territory. Constitutionally speaking, the Taliban has no right to interfere with laws and legislative measures as set by the Pakistani constitution. The ongoing war in neighboring Afghanistan is seen as propelling Taliban fighters to introduce Islamic norms, values, and ultimately disrupt the fragile process in place. It is wrong for the Taliban to institute their laws as an alternative for Pakistan’s law, which is deemed supreme according to the constitution.

The difficulty lies in the cultural differences and the far-flung geography so prevalent in Pakistan’s tribal areas. Even though they are clearly part of Pakistan’s territory, they have been virtually independent of civilian rule since the country’s formation in 1947. Swat Valley’s implementation of law differs significantly from those of Karachi or Lahore, the nation’s two largest cities. For example, while education may be the norm for females in urban centers, it may not be free and readily available in places where Yousafzai was shot. A top-down approach is needed to meet the requirements set in Pakistan’s constitution.

The ambiguous role of Islam has also complicated about which law the citizens have to abide by. While certain family, inheritance, and divorce laws are clearly understood by most of legal experts, areas like education and mobility have not brought forth a consensus among government and religious leaders. Historical processes still affect much of Pakistan’s struggle to educate its citizens, particularly girls like Malala.

Despite these obstacles, it is imperative that the government of Pakistan takes active steps to eliminate the Taliban’s ideology, both legal and political, for it is an existential threat to Pakistan’s internal governance. Furthermore, the laws of the Taliban are incompatible with Pakistan’s existing constitutional and legal framework.

← Shutting Down Justice
How Skinny is Too Skinny? →