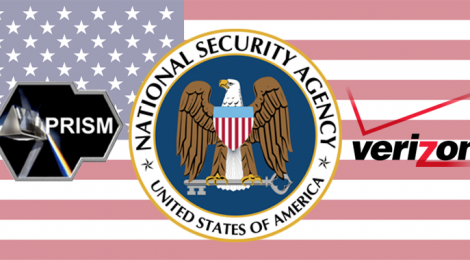 The Precedent on PRISM

By insisting the NSA’s actions are legal, the Obama administration ignores years of Supreme Court precedent

Last week, The Guardian and The Washington Post exposed the Obama administration’s large-scale collection, storage, and investigation of American citizens’ data using a program called PRISM.  Moreover, the FBI, on behalf of the NSA, has been exposed for ordering  Verizon Wireless to surrender all metadata for calls originating in the United States during a three-month period.  The Obama administration defended itself against these allegations, arguing that it collected only metadata – whom people call, how long calls last, and from where calls are made – not the content of the calls.  These claims are proved false, at least in terms of surveillance on electronic communication like emails and Skype calls, by the presentation detailing PRISM’s capabilities that Edward Snowden recently leaked.  Regarding the seizure of Verizon’s records, this claim is at least valid, but it is nevertheless not constitutionally sound.

PRISM, as shown in a Power-Point presentation obtained by The Guardian and The Washington Post, is a program that allows NSA agents to access the servers of major technology companies, and thus the communications of these companies’ customers.  This level of access to citizens’ private communications is unprecedented.  The government, electronically, can open citizens’ mail, listen to their conversations, and take note of what we read.  This program is against the spirit of the Fourth Amendment, which was drafted so that the government would not intrude into our private lives, and is thus unconstitutional.

The Verizon warrants are, distressingly, not as clearly unconstitutional.  Does the collection of metadata not require the same content as collecting citizens’ communications’ content.  The administration’s argument that metadata is public and analogous to the information on an envelope is deceiving.  Collecting metadata—information like who called whom, the duration of the call, where the call was made, and the number of calls placed—can create a nearly complete image of someone’s behavior.  Collecting metadata is much more dangerous and intrusive than reading what citizens write on envelopes, and is arguably more important than the calls’ content.  The Supreme Court has already ruled on metadata collection.

In 2011, the Supreme Court, in United States v. Jones, 565 U.S. ___, 132 S. Ct. 945 (2012), held unanimously that attaching a G.P.S. tracking device to a vehicle and then using the device to monitor a suspect’s movements constitutes a search, and therefore requires a warrant.  While this ruling may seem, at first glance, to have little relevance to President Obama’s security program, the logic of the court’s decision applies directly to PRISM.  The facts of United States v. Jones are relatively straightforward.  In 2007, the F.B.I. and Washington, D.C. police opened a narcotics investigation on Antoine Jones, who owned a local nightclub.  While investigating, the police placed a G.P.S. tracking device on Jones’ car.   The police had no warrant.  For 28 days, the police constantly tracked and monitored Jones’ movements; his movements formed the corpus of prosecutors’ arguments for his guilt. Jones was convicted, but appealed his conviction.  The District-of-Columbia Court of Appeals overturned Jones’ conviction, and the Supreme Court upheld the ruling.

Justice Scalia delivered the Court’s opinion, reiterating the safeguards of the Fourth Amendment which “protects the ‘right of the people to be secure in their persons, houses, papers, and effects, against unreasonable searches and seizures.’” The Court held that the government’s physical intrusion on an ‘effect’ for the purpose of obtaining information constituted a ‘search’ within the meaning of the Amendment at the time it was adopted.  Scalia stated that the government’s “search” of Jones’ car was unconstitutional because Jones had a “reasonable expectation of privacy,” adopting the standard set forth in Katz v. United States, 389 U.S. 347 (1967), which extended the protection to all areas where a person had a reasonable expectation of privacy.

Katz v. United States and Griswold v. Connecticut, 381 U.S. 479 (1965) have established that U.S. citizens have a right to privacy.  Katz goes further, establishing that citizens cannot be observed in the private sphere without warrants that satisfy the conditions set forth in the Fourth Amendment.   This standard of privacy now extends further, due to United States v. Jones, collecting metadata is a search of the private sphere, and must be subject to strict scrutiny.

The standard reached in United States v. Jones can be applied to the seizure of Verizon’s records and the PRISM program.  If collecting “metadata” like location, speed, and the places where someone stops are a search, then collecting “metadata” like whom people call, how long calls last, and from where calls are made” are certainly a search.  As such, the metadata that the Obama administration collects is protected under the Fourth Amendment.  If PRISM and the Verizon case are challenged, the law is clear, the Fourth Amendment applies to these searches, and the police must obtain warrants, and meet all of the amendment’s requirements before conducting metadata searches.

← Refuting the Smears
A Long Struggle for Whistleblower Protection →