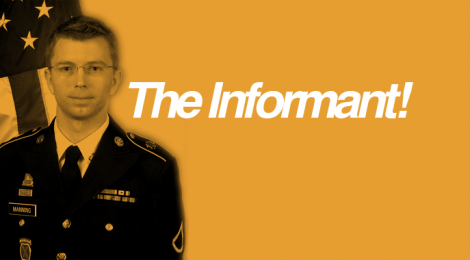 A Long Struggle for Whistleblower Protection

On the 2008 campaign trail, Barack Obama praised whistleblowers and promised to strengthen the protection afforded to them.  The statement was a relief to many, as in the preceding years, the protection offered to whistleblowers had started to erode. The 2005 Supreme Court case Garcetti v Ceballos was the first legal blow to public employee whistleblowers. In the case, Los Angeles deputy district attorney Richard Ceballos alleged that his employers had discriminated against him for testifying that he believed that a search warrant affidavit contained false statements and, in the process, violated his First Amendment rights. Nevertheless, the Supreme Court ruled five to four in favor of Garcetti, holding that a public official is not protected from workplace retaliation from his or her employers when the speech concerns his or her job.

As outside pressures mounted against the administration, legislators passed the 2012 Whistleblower Protection Enhancement Act. The bill addressed the Garcetti v Ceballos decision by affording whistleblowers protection when speaking about their jobs and for challenging government policy decisions. It also lowers the standard of proof for whistleblowers to receive protection. However, the bill excluded employees working in national security and foreign policy from receiving the same protection.

The lack of protection for whistleblowers who work in national security has enabled attorneys at the Department of Justice (DOJ) to pursue harsh charges against them.  Since 2009, the Department of Justice has charged eight citizens under the Espionage Act for the mishandling of classified information, which is twice as many as all of the previous administrations combined. The 1917 Espionage Act contains extremely punitive provisions, including a maximum twenty-year prison sentence for this type of offence. It is also difficult to prove, as it requires prosecutors to prove that a person had the intent to cause harm to the United States armed forces by aiding the enemy or interfering with any military operations. The eight charges under the Espionage Act shows that the Justice Department has been seeking to prosecute national security whistleblowers to the fullest extent possible and are reflective of the strident stance that the Obama administration has adopted toward national security whistleblowers

In addition, the Obama administration has often gone to great lengths to seek out whistleblowers. In May, the DOJ subpoenaed AP phone records in an attempt to catch someone who they believed had leaked information about a foiled terrorist plot involving the bombing of an airplane. While the person was never caught, the subpoenaing of journalist’s phone records also shows the determination of the Justice Department to catch those who leak information, whistleblowers or otherwise.

The Obama administration’s attitude toward whistleblowers is reflected in the case of Bradley Manning. Although Manning has pled guilty to ten of twenty-two charges, the prosecuting attorneys have been unwilling to strike a plea bargain; instead, they have continued to pursue difficult-to-prove charges such as the aforementioned Espionage Act. Furthermore, Manning has been detained for three years, which raised the issue of whether the case should have been dismissed based on Manning’s Sixth Amendment right to a speedy trial. Under U.S. military law, a trial is required by one hundred and twenty days after the charges. However, the military judge, Colonel Denise Lind, ruled that the case did not meet the balancing criteria established in Barker v. Wingo, denying Manning’s request for acquittal and instead removing one hundred and twelve days off any sentence he receives.

← The Precedent on PRISM
Affirmative Action Continues Under Scrutiny →