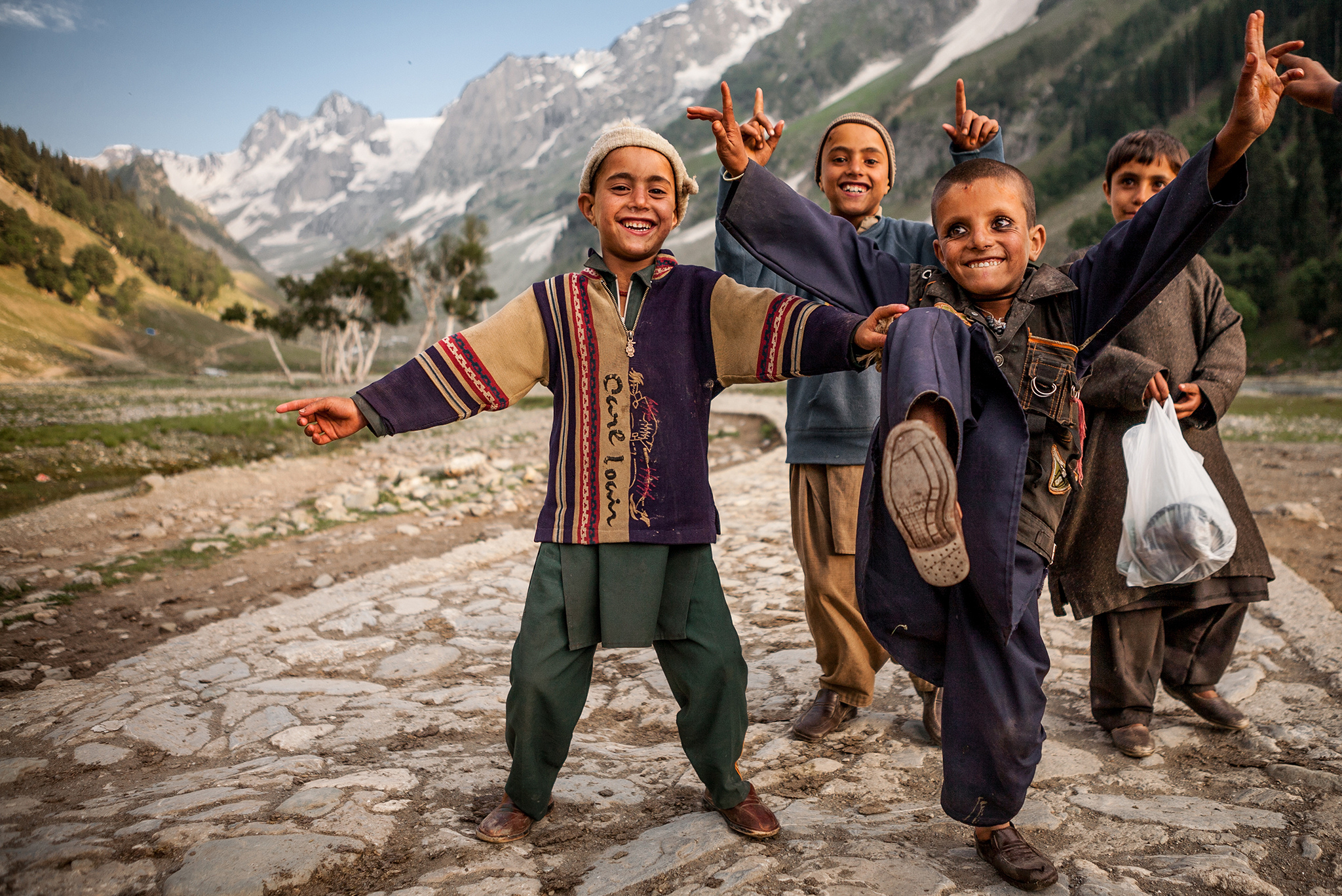 The Future of Economic, Social and Cultural Rights

by Rowena Kosher, a blog writer for RightsViews and a student in the School of General Studies at Columbia University

Originally from Portugal, de Albuquerque began her career in human rights as part of the Portuguese Foreign Service, moving on to become the chairperson-rapporteur for negotiation of the Optional Protocol to the International Covenant on Economic, Social and Cultural Rights, a protocol adopted in 2008 that establishes an individual complaints mechanism to recognize important rights like the right to education, the right to health, and labour rights, among others. Following these positions, de Albuquerque took on her current role as executive chair of the Sanitation and Water for All Partnership, a global partnership to catalyze political action, improve accountability and use scarce resources more effectively. However, her presentation wasn’t about her work so much as it was about how she accomplished what she has and the roles individuals in the human rights field, universities, and government can take to progressively defend economic, social and cultural rights. To de Albuquerque, it is necessary—if not obligatory—for professionals within the human rights field to bring human rights out from the law books and into the public sphere, bridging sectoral divides and incorporating corporations and lay individuals into conversations about economic, social and cultural rights, rights which continue to grow in importance and recognition due to increasing inequality.

“The human rights community has an element of responsibility when looking at what’s happening nowadays to human rights,” de Albuquerque said. “Our language is often legalistic. We speak with a certain arrogance about human rights and about things that for us are a given…We don’t take the time and the energy to translate these concepts to the wider world.”

Why is this an important method? Because “if we don’t leave our comfort zone, if we don’t start preaching to the unconverted, this will never happen,” she added. Human rights ought to be translated into a language accessible and appealing to all people, incorporating them so that they may recognize the implications of their actions as individuals or businesses on the state of economic, social and cultural rights.

De Albuquerque further explained the challenges that she faced as a young woman when she started her career, such as how she was often doubted by her male colleagues. During her first job as the chairperson-rapporteur for the Optional Protocol to the Social Covenant in Geneva, for example, de Albuquerque described how she was often treated with less respect because she was a woman. This included discrimination when she postponed a session because she had only recently given birth a month prior. Reflecting on how she overcame this, she said that she simply didn’t react at all. She “just kept swimming,” she said. Her ability to be non-reactive allowed her to build rapport with individuals on all sides of the debate to make economic, social and cultural rights a reality.

Whether acting as a chairperson in Geneva or not, she believes that human rights scholars need to take a leading role in disseminating knowledge beyond the walls of the university, especially when it comes to these other essential rights. Often rights like the right to food, water, and education get put to the wayside over the more “scary” civil and political violations like torture, she said. While these rights are intrinsically intertwined with political and civil rights—rights protected by their own international treaties—scholars are urged not forget to fight for economic, social and cultural rights as well. Catarina de Albuquerque discussed the role of Columbia students in the future of economic, social and cultural rights. // Rowena Kosher

Positive change for these rights can only happen with cooperation between all sectors of society, according to de Albuquerque. Often, she said, in order for businesses or non-profits to meet certain statistics to continue to be funded, they focus their efforts on larger groups of individuals, groups which are often not the ones that need the rights the most. Inadvertently, this can lead to even more inequality between marginalized groups not considered “worth” the time and funds and the larger, often less needy groups that help reach quotas.

Moving forward, de Albuquerque believes that people, especially young people like those at Columbia, need to be the voices reminding the world of economic, social and cultural rights. While it could be frustrating work, young individuals have the tenacity to overcome these frustrations, de Albuquerque said. She urged her audience to take action: not just to work in litigation but to do litigation; not just to work with a campaign but to do campaigning. This could even mean action on a micro level as de Albuquerque does when she talks to her taxi driver about human rights, embarrassing her kids in the process but “reaching another mind” as well.

The discussion ended with a call to universities like Columbia. “Bring in the Trojan Horses,” she said, referring to the people like her who are speaking for economic, social and cultural rights. Make these rights known, educate, and take action, she said. In these ways, human rights defenders can leave the walls of scholarship and make human rights knowledge accessible for all. That is what will lead to change.

Rowena Kosher is an undergraduate student at Columbia University School of General Studies. She plans to major in human rights with a possible focus on gender and sexuality studies. Her writing can be found on her personal blog, fromvermiliontoviolet.wordpress.com, and at elephantjournal.com, where she is an occasional contributor. To contact Rowena, feel free to email her at rbk2141@columbia.edu.

Counterterrorism and Human Rights under the Trump Administration

Prior to working with HRW, Pitter was a journalist and lawyer with the U.N. in Bosnia and Afghanistan. Under the Obama administration, she worked on accountability for past instances of torture and the prevention of government-sanctioned torture. Specifically, she worked to document torture that had not yet come to light prior to the Senate Intelligence Committee report on the CIA’s detention and interrogation program.

Human rights concerns under the Obama administration centered on detention practices at Guantanamo and the use of drone strikes. During this time, HRW focused on encouraging the release of Guantanamo detainees and ending the military justice system it operates under. There was also concern under Obama about the overly broad use of terrorism prosecutions, which were used to target individuals who did not necessarily express any intent to engage in terrorism.

Once Trump was elected, HRW’s focus changed as the administration explored the use of torture becoming a legal part of official policy and loosened rules for drone strike operations overseas. “There was already a lack of transparency with regard to drone strikes under Obama’s policies,” Pitter explained during the event. “They said they were careful, but civilians were killed, and we know that they did not properly investigate strikes that went wrong, follow through with reporting requirements, or pay condolence compensation.”

The rules under Obama were already loose, and the concern is that they will continue to deteriorate under the Trump administration. For example, Trump is considering giving the CIA more control over strike operations, so they would be even less transparent than they already are. As a result, Pitter said her work has become more domestically focused under the Trump administration. Trump’s “clear expression of hostility towards Islam” and policies directed toward “radical Islamic terrorism” are a matter of significant concern to HRW, she explained, especially once a draft executive order authorizing the reopening of CIA “blacksite” prisons was leaked in January 2017.

Further concerns over close U.S. partnerships with forces carrying out human rights abuses remain, namely focused on UAE and Saudi partners in Yemen. “We’re worried about proxy detentions and proxy interrogations,” Pitter said. The U.S., for example, has interrogated people in facilities in Yemen where there have been documented cases of torture by the UAE and Saudis. The U.S. claims to not know about these cases, according to HRW. When the organization released its report detailing the U.S.’s use of these facilities in Yemen, Senators John McCain and Jack Reed sent a letter to Defense Secretary James Mattis asking for an investigation. The explanation they received is currently classified, but HRW is advocating to have it made public.

Protests in Washington, D.C., over the Muslim Ban // Creative Commons

“One thing we’re doing more of now is pressing other governments to press the U.S.” Pitter said, responding to a question during the event. “In order for the U.S. to carry out its work abroad, particularly in foreign policy and military operations, it requires the cooperation of other governments. HRW has always had a strong U.N. team, but we operate in that forum more aggressively now.” For instance, HRW built strong alliances with countries like Canada and the Netherlands to push the U.N. Human Rights Council to establish an international inquiry on war crimes in Yemen, against Saudi objections.

The talk emphasized that part of the frustration of the human rights community is that many of the policies laid out by the Obama administration have expanded and are being more aggressively enforced, including large-scale surveillance by the FBI of Muslim communities and immigration deportations. As for the Muslim Ban, arguably Trump’s most controversial executive order at this point in his presidency, there is a larger role for the courts to play in protecting human rights. “The courts from Hawaii to Maryland have recognized that counterterrorism is not a justification for the ban. Even Homeland Security has said that country of citizenship is not a reliable indicator of terrorist activity,” Pitter said. “The government can carry out counterterrorism initiatives without violating the rights of a specific religious or ethnic group. Policies like the Muslim Ban are actually counter to security because they generate anger and hostility toward the U.S.”

There has been strong pushback from the Departments of Defense and Justice and the State Department against some of Trump’s controversial security policies. The DOD and DOJ, for instance, have pushed back against expanding Guantanamo, which currently holds 41 people, only 7 of whom have been charged, while the DOJ has pushed for the use of federal prosecution over military commissions. The CIA and State Department, likewise, have also warned against the floated policy proposal to designate the Muslim Brotherhood a terrorist organization, arguing that it doesn’t make sense from a foreign policy perspective.

Pitter ended her talk by focusing on the positive. “This administration has emboldened voices that were silent before. The administration has legitimized discrimination and animus toward minority groups, but at the same time, this has mobilized the human rights movement and engaged communities that weren’t engaged before,” she said. “It’s both a threat and an opportunity to promote respect for human rights, due process, and the fairness of the justice system.”