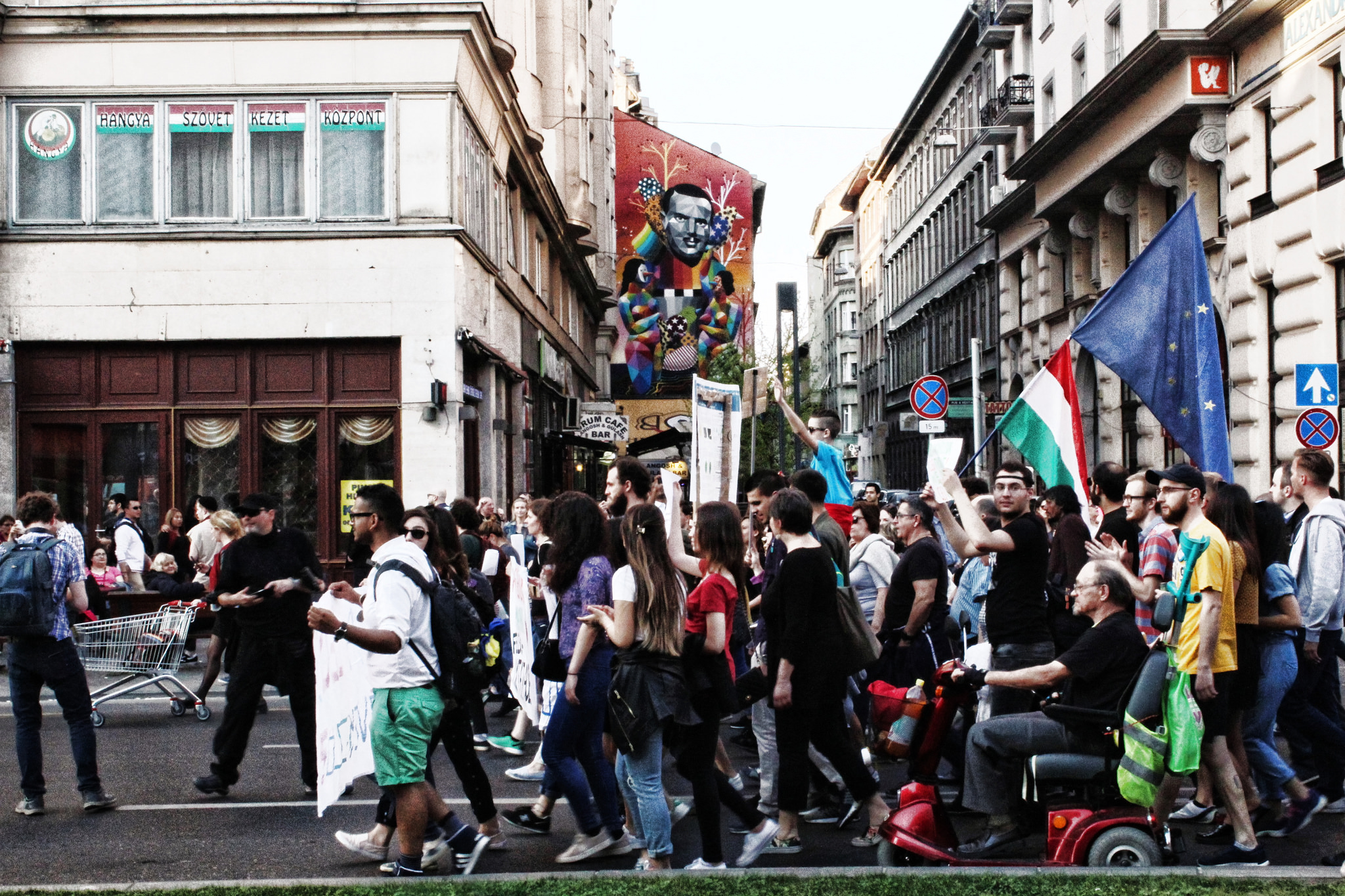 Viktor Orbán’s Hungary: A Nationalist Government Within the European Union

By Bárbara Matias, an M.A. student in human rights

In late May, thousands of Hungarians marched against Prime Minister Viktor Orbán’s educational reform laws subduing foreign universities and non-governmental organizations. The educational reforms were the latest in a series of clashes between the right-wing Hungarian government and the European Union (EU); the protests yet another manifestation of civil society’s mobilization against Orbán’s opposition to EU frameworks. On May 1, the 13th anniversary of Hungary’s accession to the EU, for example, thousands took to the streets in a pro-EU rally, suitably called “We Belong to Europe.’’

This past April, Prime Minister Orbán and Hungary’s parliament passed an amendment to Hungary’s national law on higher education, tightening regulations on independent and foreign-funded universities. Specifically, the law targets the Central European University (CEU), a Budapest-based university founded by Hungarian-born American financier George Soros and accredited in the United States and Hungary since 1993. The current government under Orbán sought legal means to shut the university down, viewing it as a foreign NGO whose liberal and internationalist teachings undermine the power of the elected government. The act defines new requirements such as opening a campus in the country of accreditation and tightening bilateral agreements between Hungary and the university’s country of origin, in this case, the United States. It pushes back against globalization and liberalism, and further threatens to slide the country into an authoritarian state. As academics worldwide and international organizations condemned the passage of this law, Lydia Gall, Balkans and Eastern Europe researcher at Human Rights Watch, stated, “The Hungarian government’s contempt for critical voices in society and academic freedom is unworthy of an EU member state.”

Hungary has been under the current administration of Prime Minister Viktor Orbán’s national conservative rule since 2010. Openly skeptical of EU integration, Orbán said in May 2014 during the European Union elections that Hungary “must tell Brussels loudly and resolutely: respect the Hungarians!” He quickly opposed the EU Commission’s mandatory quotas for relocating migrants, calling a national referendum to vote on the EU plan, which prompted EU representatives to question how such a referendum “would fit into the decision-making process which was agreed to by all member states, including Hungary, under EU treaties.” The referendum sought to legitimize the government’s conservative, anti-European and anti-immigration stance through a popular domestic vote – in fact, Orbán spent 10 bn Hungarian forints (around €30m) campaigning for the ‘No’ vote and feeding the concerns of the electorate.

Prime Minister Orbán also notably sparked outrage in 2013, by amending the country’s constitution to boost his executive powers. At the time, German media outlet Der Spiegel noted, “In other words, a country at the center of the European Union is moving away from the principles of freedom, democracy and the rule of law.’’

In 2014, the Hungarian Prime Minister incensed EU counterparts once more by claiming that the EU does not deter Hungary from “building an illiberal new state based on economic hardship.” In 2015, Orbán similarly faced European outcry by stating that he believes the death penalty should be put back on the government’s agenda – even as a total ban of capital punishment is enshrined in both the Charter of Fundamental Rights of the EU (Article 2 reads that “no one shall be condemned to the death penalty, or executed’’) and the European Convention on Human Rights (Article 1 of the 13th Protocol establishes that “the death penalty shall be abolished’’). Most recently, with the amended education law, the Hungarian government has once more challenged core values of the union it belongs to. Article 13 of the Charter of Fundamental Rights of the EU states that “the arts and scientific research shall be free of constraint” and “academic freedom shall be respected,’’ much like Article 14 safeguards the right to education. EU officials finally launched an infringement procedure against Hungary in late April, demanding that is either justify or amend its breaches to EU human rights and open-market standards, at the risk of a referral to the European Court of Justice and possible fines.

Clearly, there is an evident downward spiral of human rights and rule-of-law in Hungary as Prime Minister Orbán insists on continuing to defy EU standards of academic freedom and democratic governance. As EU citizens and rights-holders, Hungarian’s freedoms remain at risk under Orbán’s repressive crackdowns and government of supranationalism.

Bárbara Matias is an M.A. candidate at the Institute for the Study of Human Rights at Columbia University. Her research interests include refugee rights, forced displacement, and human rights affairs in the context of the European Union.